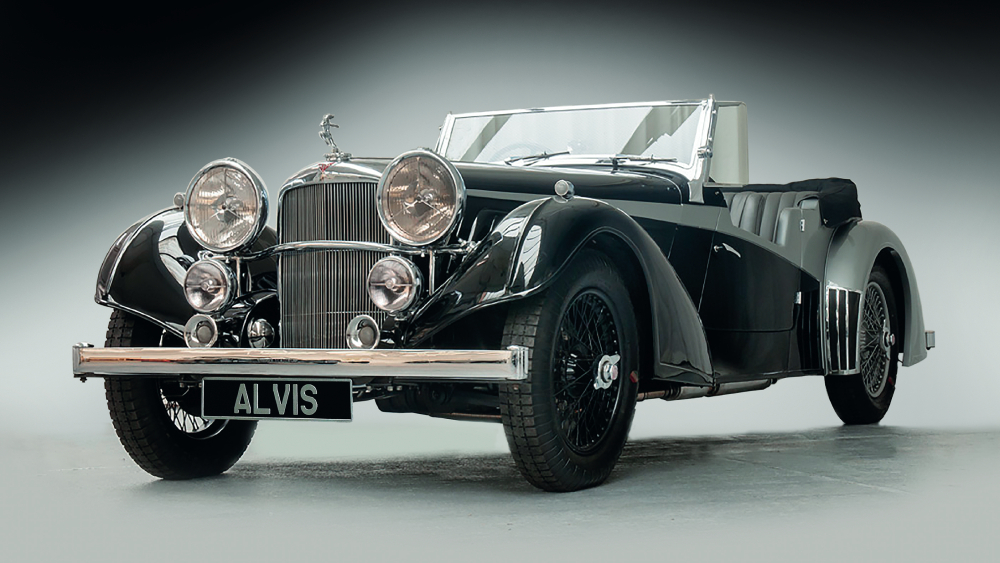 To bring back a treasured car model is a massive undertaking, but entrepreneur Alan Stote has upped the ante by resurrecting an entire marque. As a collector, Stote was enamored with the vehicles of Alvis Car Company, active in Britain from 1920 to 1967. Of around 22,000 examples produced, 5,000 remain in existence, many remarkably still on the road thanks to the automaker’s innovative overengineering.

“It was the first company to produce a front-wheel-drive racing car in 1925, the world’s first all-synchromesh gearbox and the first to design for independent front suspension in the UK,” says Stote. “Its big competition was Bentley.”

But Alvis was not in the body business, so its cars were dressed by the top coachbuilders of the day, including Vanden Plas, Lancefield and Park Ward—some as one-off creations. “What gradually happened is these coach builders got swallowed up by the big car companies,” notes Stote. “And so when others were making a new model, they [Alvis] were running out of people to build the buggies. And of course, the other thing is coachbuilding was terribly expensive.” According to Stote, while a Jaguar E-type cost roughly £2,000 in the early 1960s, an Alvis was twice that, which was a problem when the market was introduced to a wave of economical Japanese models.

Construction of a Graber Coupe model at the Alvis workshop.  Alvis Car Company

In 1994, Stote bought the entire parts inventory—including more than 70,000 records and drawings—along with history on each vehicle produced. After acquiring the company name in 2008, Stote and his team of 23 employees now restore the originals and offer continuations of six Alvis cars from his own collection, each one taking two years to build.

So are these replicas or the real deal? “How can it be a replica?,” asks Stote. “We are the Alvis Car Company. We have the drawings. At worst, it’s been a long time between orders.”