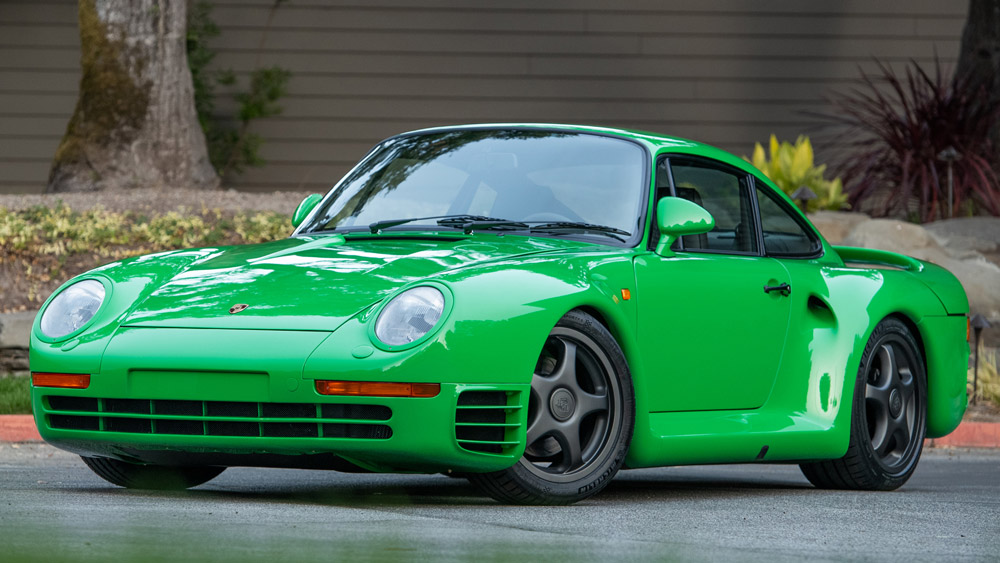 Porsche racer turned car restoration guru Bruce Canepa has revealed his latest evolution of the iconic Porsche 959. He’s still not making many of them, and you’ll need a large wheelbarrow of cash to land one, but before we get to the details of this $2.1 million retro-futuristic delight, here’s some history.

When Porsche introduced the 959 to the world back in 1986, the model seemed a quantum leap beyond its supercar kin. Twin-turbos, adjustable suspension, all-wheel drive, torque vectoring and a body that wouldn’t quit. Put simply, there were Ferraris, Lamborghinis, Mercedes-Benzes—and then there was the Porsche 959, growling on an automotive planet all its own.

Its otherworldly nature included lack of availability, at least for American buyers. The 959 was not federalized here, which meant that any effort spent procuring the $250,000 vehicle—a staggering sum even though Porsche lost money on every one of these technological marvels—would result in a very nice garage sculpture.

Enter Canepa. Working out of his first offices near his Santa Cruz hometown (Canepa now operates out of a gleaming shop and showroom in neighboring Scotts Valley), Canepa lobbied on behalf of Bill Gates and other titans to wrangle a “Show or Display” exemption out of the federal government for Porsche’s halo car. And for a while, there things sat.

Canepa, however, is not one to rest. A whirling dervish of energy, whose brain packs more automobile details than seems humanly possible, Canepa was determined to take what Porsche had masterfully created nearly a quarter-century ago and update it.

In 2018, taking full advantage of a chassis that was inherently capable of handling far more power and suspension modifications than it came with in 1986, Canepa formally introduced his restomod version of the Porsche 959, dubbed “SC” for Sport Canepa. That car benefitted from a 4,500-hour, handcrafted overhaul that resulted in an 800 hp beast that covered zero to 60 mph in 2.5 seconds. It’s a feat rendered frighteningly potent when we rode shotgun with Canepa a few years back.

The 959s being restored now by Canepa are the same as before, but with evolving improvements born out of road time. The latest iteration of this Canepa coupe is aptly dubbed the “Reimagined” Porsche 959, and essentially represents a chance to buy a 959 that might be what Porsche would turn out today.

“The ‘Reimagined’ Porsche 959 provides a level of performance comparable to the majority of modern supercars without compromises, while retaining the comfort and practicality of the finest GT touring cars,” says Canepa. “It’s a road car with a race attitude.”

A lot of that new attitude was sourced not only from Canepa’s own turns behind the wheel of countless modern hypercars, but also due to input from valued Porsche 959SC customers—a handful of who are on the roads today.  And with eight completed, Canepa is currently working on three more out of the 50 examples planned at the moment.

The tuned, twin-turbo six-cylinder engine now produces more than 800 hp, according to Canepa (mums the word on the exact figure). But that’s just the beginning of a list of improvements made after field testing the 959SC in real-world situations.

That menu adds up to a ride that defies description. If this new Canepa take on the 959 is an evolving form of the 959SC, the cars in question will be able to not only play with most of today’s hybrid-powered big dogs, but also sit proudly apart from them as a polished, modernized representative of a time with Porsche’s 959 ruled the automotive universe.