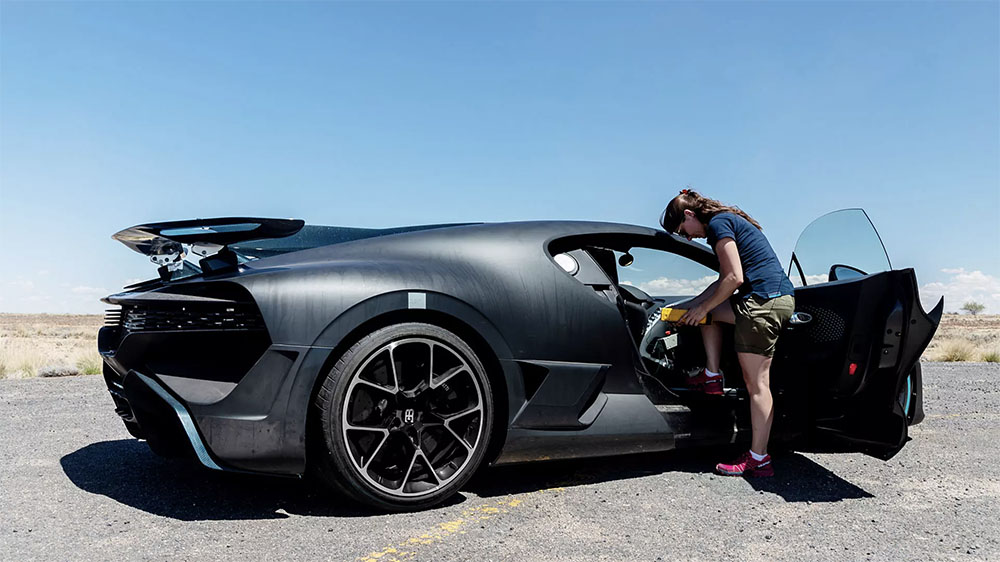 It’s no secret that Bugatti supercars are cool. But apparently they are even cooler than anyone ever thought. Literally. An engineer for the French automaker has revealed that the air conditioning units in the Chiron and Divo are powerful enough to keep an entire apartment chilled during the hottest months of the year.

It turns out Bugatti’s massive W16 engines are far from the only high-performance piece of technology in its cars. In fact, engineer Julia Lemke says that the A/C systems she’s developed for company are capable of cooling an average-sized European apartment.

While A/C systems may be an afterthought for some carmakers, it isn’t for Bugatti. Just like nearly every other element of its vehicles, the marque’s cooling systems are designed with a specific goal in mind, according to a press release. Lemke isn’t just focused on keeping the car cool; she’s also focused on making sure the driver is comfortable, an especially onerous task since no two people are alike. Because of this, her goal is to develop a system that quickly reaches the desired temperature, maintains it and works noiselessly in the background, so that the driver can focus on the road.

While that goal may be ambitious for any car, it’s especially so in a Bugatti. The company’s supercars are famously fast, with the vehicles capable of exceeding 200 mph. That presents some challenges. First, airflow changes as a car speeds up, especially after you pass 155 mph, so the system must be able to account for this to keep things feeling consistent. Also, each of the company’s vehicles features a flatter than normal windscreen (21.5 degrees of incline compared to the usual 30 degrees) that absorbs more solar heat. Finally, the car’s engine and other hardware can get pretty hot when you floor it, so the system has to go into overdrive to make maintain a healthy temperature level throughout, including in the interior.

A heat map of a Bugatti Chiron  Bugatti

“At first glance, our air conditioning system appears to function like a conventional system,” Lemke said. “But it’s a real challenge to perfectly harmonize the highly complex system of a small-series hyper sports car so that it works impeccably even at maximum speed and engine load.”

So how does Bugatti keep these temperate climes consistent under extreme conditions? With an extra powerful air conditioning compressor and two air conditioning condensers. The compressor has a cooling capacity of 10 kW, which is basically unheard of for a car. It’s so powerful in fact that the company says it can cool a space measuring 861 square feet—a.k.a. a nicely sized New York City one bedroom.