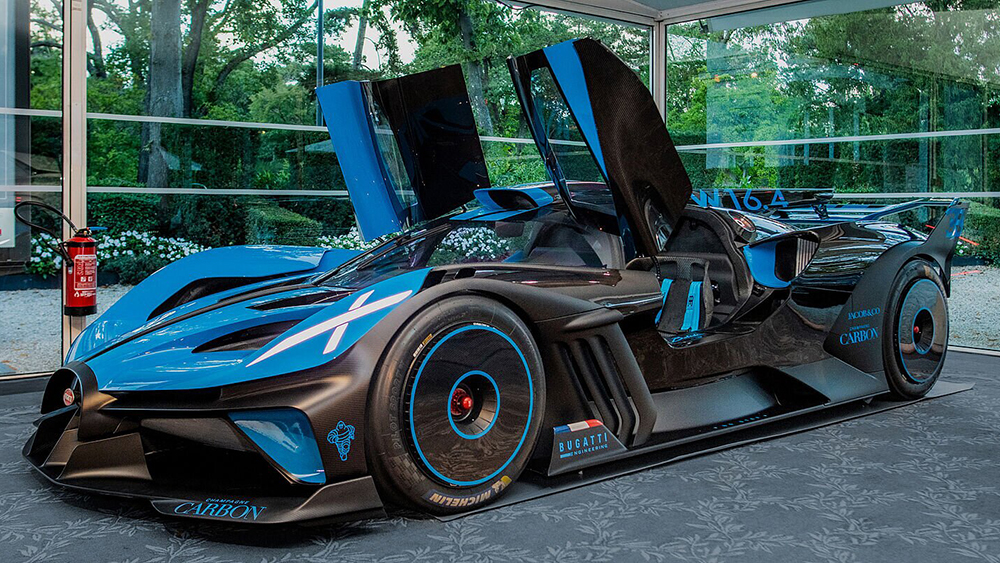 Any car enthusiast could tell you that the Bugatti Bolide is a stunner, but now it’s official.

The futuristic four-wheeler has just been named the world’s most beautiful hypercar by a panel of professional designers at the 36th Festival Automobile International in Paris. The renowned competition, which is kind of like the beauty pageant of the car world, awarded the Bolide first place, ahead of three other stylish nominees, including the Gordon Murray T.50, the Mercedes-AMG One and the Bac Mono 2.

The French marque first unveiled a prototype of the track-only showstopper back in October 2020, and it’s certainly not hard to see why it gained this recent distinction. The low-slung racer sports sleek lines, massive hood scoops, huge Le Mans-style fenders, a giant cockpit, a roof-top shark fin, a striking rear wing and a set of X-shaped taillights that together ensure it’s impossible to miss.

The Bolide sits exceptionally low, with an air intake scoop on the roof and a ground-hugging seating position.  Bugatti

In true Bugatti fashion, it also packs a bonkers 8.0-liter quad-turbo W16 that the automaker claims is capable of delivering a staggering 1,825 hp and 1,364 ft lbs of torque. Not to mention, the lightweight road rocket tips the scales at a measly 2,734 pounds for a weight-to-power ratio of 0.67 kilograms per horsepower.

The best part? In August of this year, Bugatti launched a $4.7 million production version that is virtually the same as the prototype that scored the design award. (It just has a slightly less powerful mill with a still beastly 1,577 horses and 1,180 ft lbs of twist.) So, if you’re one of the lucky collectors to land one of the 40 examples, you’ll be driving a bona fide beauty queen.

The Bolide’s interior is just as elegant as the exterior.  Bugatti

“The Bolide was an entirely different challenge for our design team, and a kind of mental experiment where we stripped the car back to its W16 quad-turbocharged heart and rebuild it with the bare minimum to create the most extreme Bugatti yet,” Bugatti’s design director Achim Anscheidt said in a statement. “The key for us was to respect the technical requirements of Bolide, focusing first on the function and only then developing the form. It’s an honor for us that the resulting design has won such a highly coveted award, voted for by experts in our field.”

Frank Heyl and Nils Sajonz accepted the award for the Bolide at the FAI 2021 awards at Salon Pre Catalan in Paris.  Bugatti