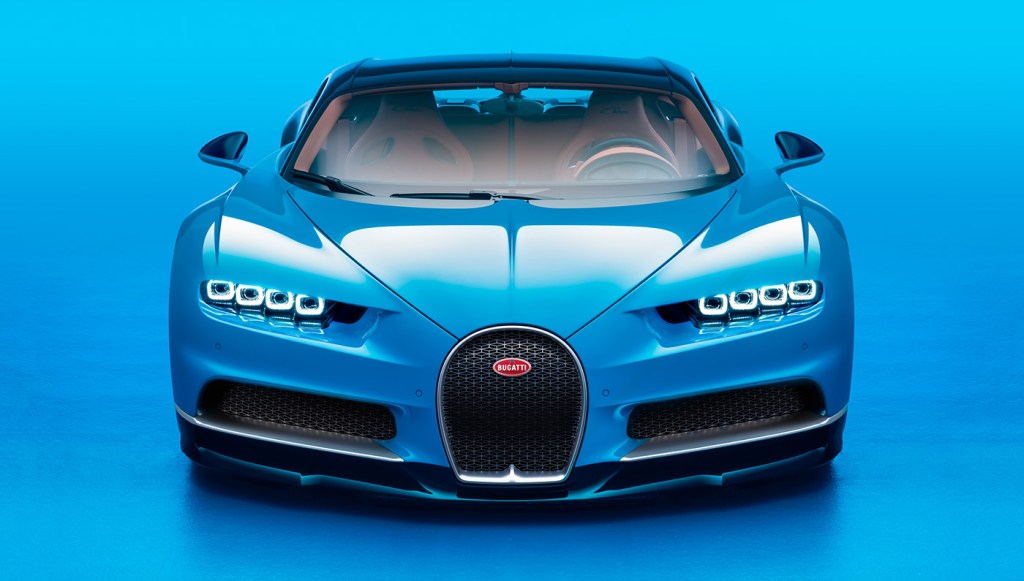 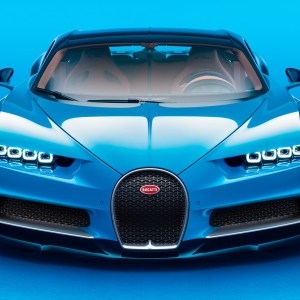 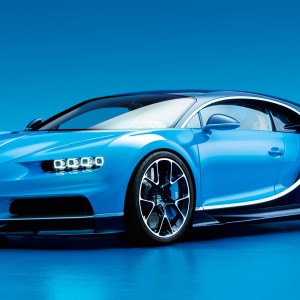 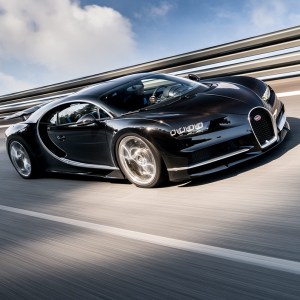 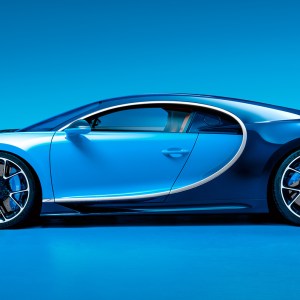 Announced today, the new Bugatti Chiron is not only the fastest and highest-powered production sports car in history, but also one of the most refined rockets ever released. The successor to the Bugatti Veyron, the new supercar will make its public debut this week at the Geneva International Motor Show.

Sharing its name with both the fabled Formula 1 racer Louis Chiron and a mythological centaur of singular strength and sophistication—the captivating coupe is already worthy of legend. And fact may indeed be stranger than fiction, as the course-crusher carries a cyclonic 1,500 hp (another production first) and a top speed of 261 mph.

Unprecedented performance is provided by the marque’s innovative new 8-liter W-16 engine (with output bolstered by 25 percent over previous editions) fit with four, two-stage turbochargers and capable of a titanic 1,180 ft lbs of torque. Also part of the power train are a new titanium exhaust system and six catalytic converters with an active surface area that could cover 30 soccer fields. The entire engineering epiphany, tamed by a 7-speed dual-clutch gearbox and all-wheel-drive differential, enables Chiron to shoot from zero to 62 mph in under 2.5 seconds.

The visionary vehicle’s cutting-edge construction and aerodynamic design is also a key to its velocity. Inspired by the iconic Bugatti Type 57SC Atlantic (including a subtle take on the latter’s signature center fin that extends the length of the car), the carbon-fiber monocoque body minimizes weight while maximizing rigidity. The ultra-lightweight (but monstrously strong) material is so pervasive in the car’s composition that if the fibers were laid end to end they would traverse the distance between Earth and the moon—nine times.

Also assisting the meteoric automobile is an active aerodynamic system that utilizes a hydraulic diffuser flap on the front axle for reduced drag, an adaptive chassis capable of adjusting to multiple ground-clearance heights automatically, and an adaptive rear spoiler that can be set in four positions.

In order to handle the 3,000 hp of heat resulting from the engine’s optimal operation, an elaborate intake management system drives 60,000 liters of air through every minute. Supplying this surge are an air curtain, splitter, and intakes at the front end, complemented by inlets on the flanks and along the trailing edge of the back. A total of 10 radiators also ensure that the ferocious engine’s temperament remains cool.

The Bugatti’s brute force is balanced out with the customizable interior’s coddling ergonomic comfort. The cockpit is distinctively divided by an illuminated C-bar that mirrors a curling wave and sweeps the eye up its dynamic arc. Fronting the leather-and-carbon-fiber seats is a central console with independent climate control, infotainment system, and gearbox selector—all with individual displays. And safety takes a new step as several of the six airbags are the first to ever deploy from a carbon-fiber housing.

Adding to the sensorial delight of sitting behind the wheel is an Accuton sound system developed specifically for Bugatti. Fit with four diamond-membrane tweeters and what is claimed to be the first mid-range speaker with two separate membrane zones, the symphonic acoustics are perfect for blaring Bizet while roaring down the road.

Limited to 500 examples and with one-third of the orders already accounted for, the chimeric Chiron is slated to be launched in September. The starting price will be about $2.6 million. (bugatti.com)