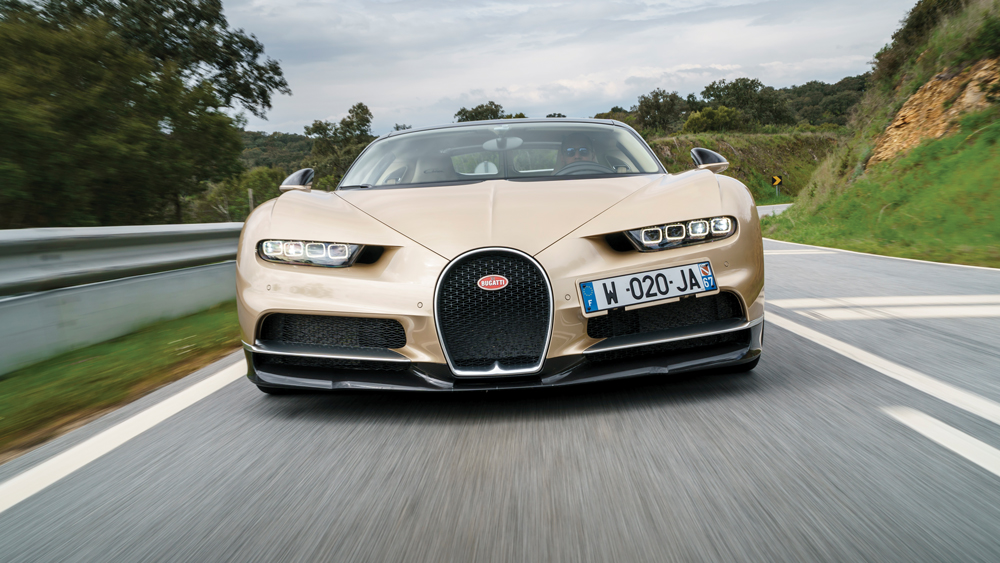 When Bugatti introduced the 2005 Veyron, the vehicle immediately became the measure by which all other supercars were judged. The 2010 Veyron 16.4 Grand Sport, a 1,001 hp missile, was so remarkable that we named it the Car of the Decade. Its successor, the Super Sport, made 1,200 hp and took the absurdity of absolute power to an even higher level. And now, eight years later, the world has a new ultimate supercar: the Bugatti Chiron.

This Monster of Molsheim (the small town in northeastern France where Bugattis are made) has a window sticker starting at roughly $3 million. Its specifications are essentially academic, even for the handful of people who will actually drive—much less own—one. (Of the 500 units planned, more than 300 have been sold.) Compared to its predecessor, the Chiron dials everything up—more power and torque, and handling response that is more immediate and light, with less understeer. It’s astoundingly quick, but brutal acceleration is just one facet of the Chiron’s personality. As for looks, well, those have been altered in service of aerodynamic efficiency and the evacuation of hot air. That the Chiron is not as bulbous and shoe-like as its predecessor could be considered a collateral benefit of said exterior refinements dictated by physics, and there are few who would argue that its looks have improved as a result.

Engineering a 1,500 hp supercar is challenging, as it requires channeling massive air volume to a quartet of turbochargers while exhausting the infernal heat generated by an 8-liter, W-16 engine. Civilizing such a beast is an even greater challenge. However, despite its 1,180 ft lbs of torque and top speed of 261 mph, the Chiron is as refined to drive as a Bentley. Although not quite as likely to fly under the radar.

It’s the ease with which one pilots this large GT that makes it different from other supercars—no deafening exhaust note, no spine-rattling suspension, no claustrophobic cabin paneled in surgical steel or cold carbon fiber. Instead, the Chiron’s interior is a model of simple luxury. And although the supercar is anything but simple, its designers make it seem so—and that may be the most remarkable thing of all.