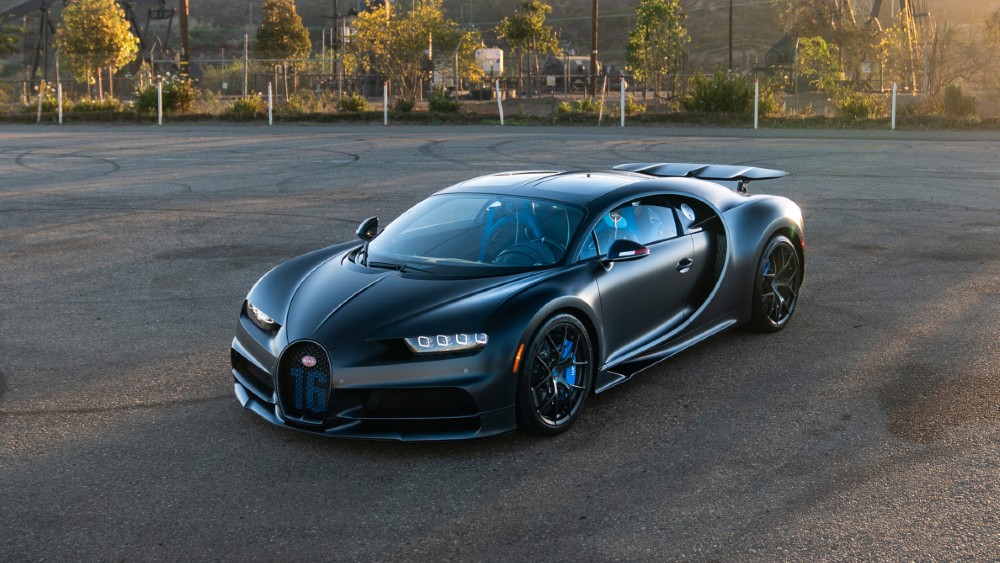 You could say that every Bugatti pays tribute to the marque’s past, but that’s especially true of the Chiron Sport 110 Ans.

Introduced in early 2019, the one-of-20 hypercar was specifically designed to celebrate the French brand’s 110th anniversary. And now an example of one of the most exclusive street-legal Chirons ever built has been listed for sale by RM Sotheby’s.

Not every automaker is fortunate enough to make it to 110. Bugatti knows this better than most, having been defunct for a decent chunk of the second half of the 20th century. Because of this, the marque wasn’t about to let such a momentous occasion slip by unmentioned. And what better way to trumpet the feat than by releasing a variant of its second hypercar, the Chiron.

There’s no question what country Chiron Sport 110 Ans hails from. Each example of the anniversary variant is finished in a matte coat of Steel Blue and features the French tricolor on its side view mirrors, fuel cap and, most prominently of all, the underside of its active rear spoiler. This particular example also has the number 16 painted on its grille in French racing blue, which is also the hue of its brake calipers. The monochrome color scheme carries over to the cabin, where dark blue is paired with French racing blue. The interior features Bugatti’s Sky View roof, which consists of two glass panels, and the French tricolor again appears on the seats, steering wheel and key fob.

In the engine bay, you’ll find Bugatti’s revered 8.0-liter quad-turbo W16. The beastly mill is mated to a 7-speed dual-clutch gearbox and is capable of pumping out 1,479 horses and 1,180 ft lbs of twist. Like other Chiron Sports, it features an upgraded chassis and the brand’s dynamic handling package, which makes it even more agile than the standard version of the hypercar.

The Chiron Sport 110 Ans that is being sold is one of just two delivered to the US. Its unnamed, Southern California-baed owner has had some fun with the car, putting 3,250 miles on the odometer since it rolled off the line. They seem to have kept it in tip-top shape, though. It was recently serviced and they’re footing the $35,000 bill for its next scheduled maintenance.

Interested? You’ll have to reach out to RM Sotheby’s for the price. We expect it will be more than the $3.26 million the hypercar originally cost. Still, it’s hard to imagine that kind of price tag will dissuade someone from buying a Bugatti this special.