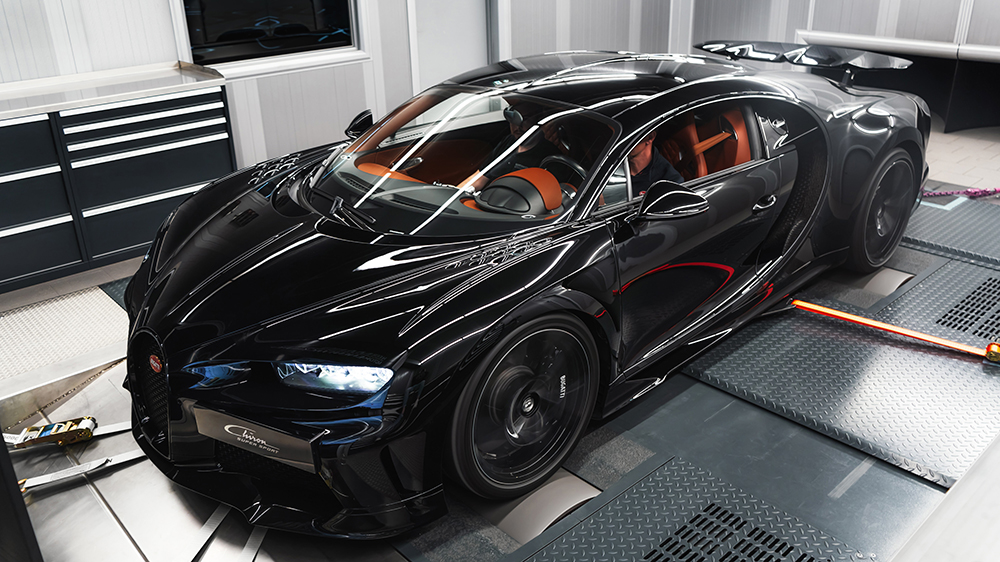 The French hypercar specialists have just revealed that the power figures they previously released for the Chiron Super Sport are incorrect. But not in a bad way. It turns out the costly variant is even more powerful than the marque originally thought.

Bugatti recently decided to try the Chiron Super Sport on its newly built high-performance all-wheel single-roller dynamometer. It’s safe to say that those running the test were surprised by the results. The high-tech rig, which is casually known as a dyno, showed that the vehicle’s 8.0-liter W-16 engine was capable of producing 1,600 PS at 210 mph. That number translates to 1,596 hp—19 higher than the 1,577 hp figure that was announced last summer.

The hypercar’s massive mill doesn’t just spit out more horsepower, though. The dyno test also showed that it could generate 1,228 ft lbs of torque. That’s 48 ft lbs more than 1,180 the brand said it could produce. Any way you look at it, the vehicle is even more powerful than expected.

You’ll definitely be able to feel all that oomph when you get behind the wheel of the variant, which is the road-going version of the Chiron Super Sport 300+ that broke the 300 mph barrier back in 2019. The added power won’t allow you to go any faster, though. The “standard” Chiron Super Sport is equipped with a limiter that stops it from topping 273 mph. That’s not going anywhere, which is probably a good thing. The car’s current top speed is more than fast enough for public roads—and then some.

Unfortunately, your chance to score a brand-new Chiron Super Sport has come and gone. The marque sold out of the last of its Chiron build slots late last year. All hope is not lost, though. We’re sure a Chiron Super Sport or two will end up on the auction market in the coming years. Just be prepared to pay more than the vehicle’s original $3.9 million sticker price. The car is even better than advertised, after all.