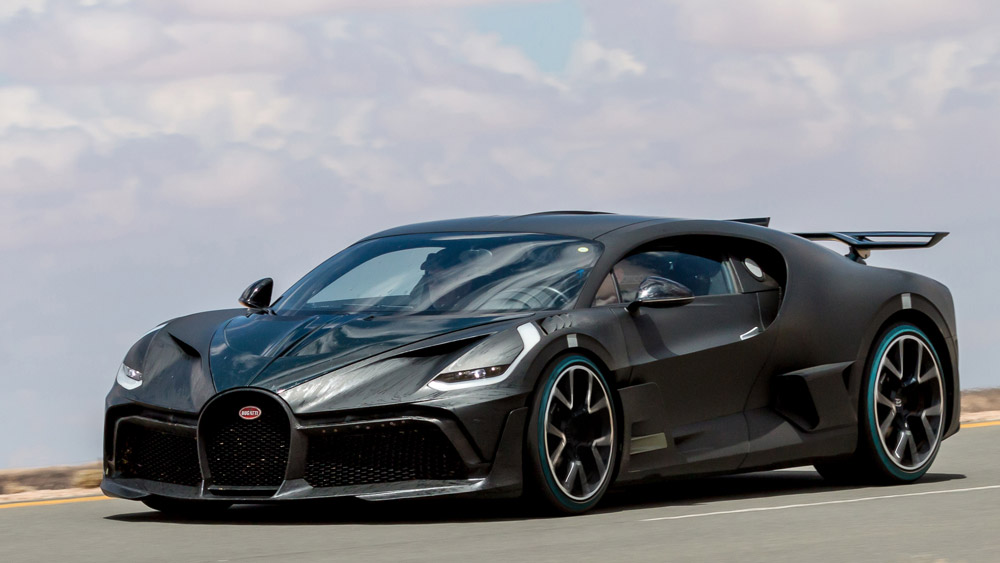 Let’s say the $3 million Bugatti Chiron is too frugal for your blood, Bugatti still has you covered with the $5.4 million Divo. Well, that is if you have already ordered yours. All 40 units of the limited-edition hypercar are spoken for—and they’re all headed to current Chiron owners, no less. In fact, Bugatti has just announced that the first batch of Divos are now being delivered.

There are those who will write off the Divo as simply a rebodied Chiron, but there’s more to it than that. Bugatti engineers spent two years developing the Divo and more than 3,000 miles on chassis development alone.

As you would expect, the Divo takes the Chiron’s performance and dials it up a notch, but not when it comes to straight-line prowess. While the Chiron is famous for being able to reach an electronically limited top speed of 261 mph, the Divo is capable of 236 mph.

The Divo still uses the Chiron’s 8.0-liter, quadruple-turbocharged W-16 engine—making 1,500 hp and 1,180 ft lbs of torque, but the Divo’s custom bodywork is more downforce-focused for better handling. At 236 mph, the limited-edition hypercar is working with 1,005 pounds of downforce—198 pounds more than the Chiron.

Inside, the Divo features higher side bolstering on the seats (to help counteract the extra grip) and larger shift paddles.  Photo: Courtesy of Bugatti Automobiles S.A.S.

The extra downforce on the tires combined with stiffer springs, modified suspension camber and 77 pounds of removed weight, yield up to 1.6 g of lateral acceleration versus the Chiron’s 1.5 g. That extra lateral grip translates to an 8-second improvement over the Chiron’s time at the Nardo handling circuit in Italy.

At 236 mph, the Divo produces 1,005 pounds of downforce—198 pounds more than the Chiron.  Photo: Courtesy of Bugatti Automobiles S.A.S.

The Divo’s interior isn’t as revolutionized from the Chiron as the exterior. Aside from a less ornate appearance overall, the Divo features higher side bolstering on the seats (to help counteract the extra grip) and larger shift paddles.

Perhaps more alluring than any of the model’s performance metrics is its exclusivity. With its miniscule production number and the fact that none are available on the market, the Divo, it seems, is more on track to be coveted and collected than let loose on a course.