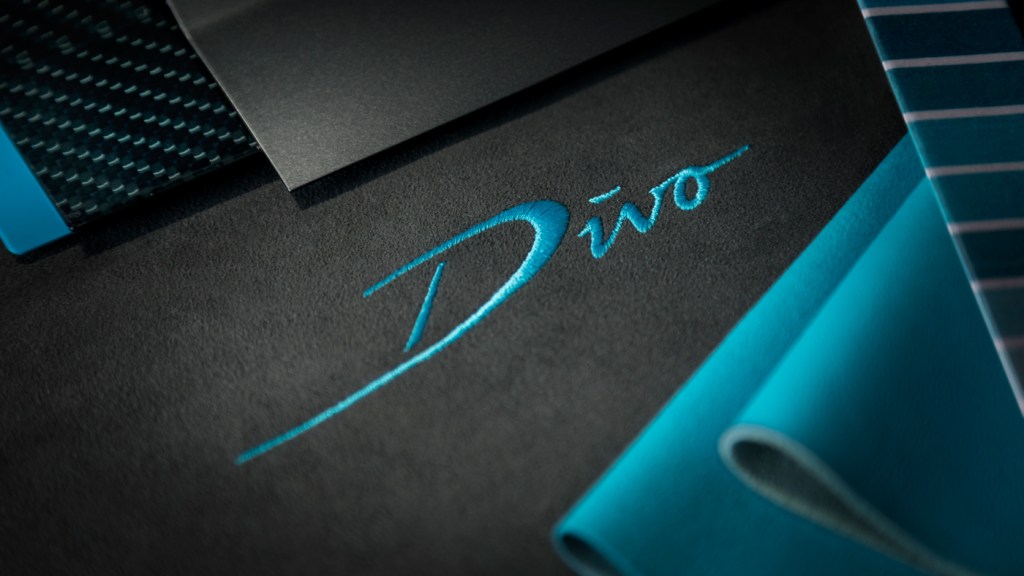 On February 29, 2016, a seismic shift in the automotive landscape was felt around the world, and its epicenter was in Molsheim, France. It was then and there that Bugatti announced its Chiron, the fastest, most powerful production vehicle in history—and dealt a decimating blow to the industry’s status quo.

Now the marque is warning of another major quake to the supercar market. On August 24, at the Quail, a Motorsport Gathering in Carmel, Calif., the Bugatti Divo will debut.

Until then, much of the specifics about the model remain a mystery. What we do know: It will offer a new design aesthetic as well as improvements in aerodynamics, weight reduction, and responsiveness. Even more notable is that only 40 examples of the supercar will be made, and each will carry a net price of roughly $5.8 million.

Few other details have been released on Bugatti’s new beast, save for the source of its name. Following the precedent of its predecessor, which referenced racer Louis Chiron, the new model’s moniker pays tribute to French driver Albert Divo. It was Divo who triumphed at the 1923 Spanish Grand Prix, the 1925 French Grand Prix, and the Targa Florio in 1928 and 1929.

Albert Divo (left) in his Bugatti Type 35 after winning the Targa Florio in 1929.  Photo: Courtesy Bugatti.

The latter contest—Italy’s endurance race on the island of Sicily—is where Divo endeared himself to Bugatti, as both wins were while he was behind the wheel of a Bugatti Type 35. Examples of that renowned roadster, first produced in 1924, were even more successful, garnering greater than 1,000 first-place finishes during the car’s competitive career.

Fittingly, the Targa Florio and its demanding terrain purportedly served as inspiration during the development of the Bugatti Divo’s enhanced handling parameters, including increases in g forces and downforce.

For now, at least two other facts are known: With the Divo, Bugatti further bolsters its long legacy of innovation and continues to rock the competition.