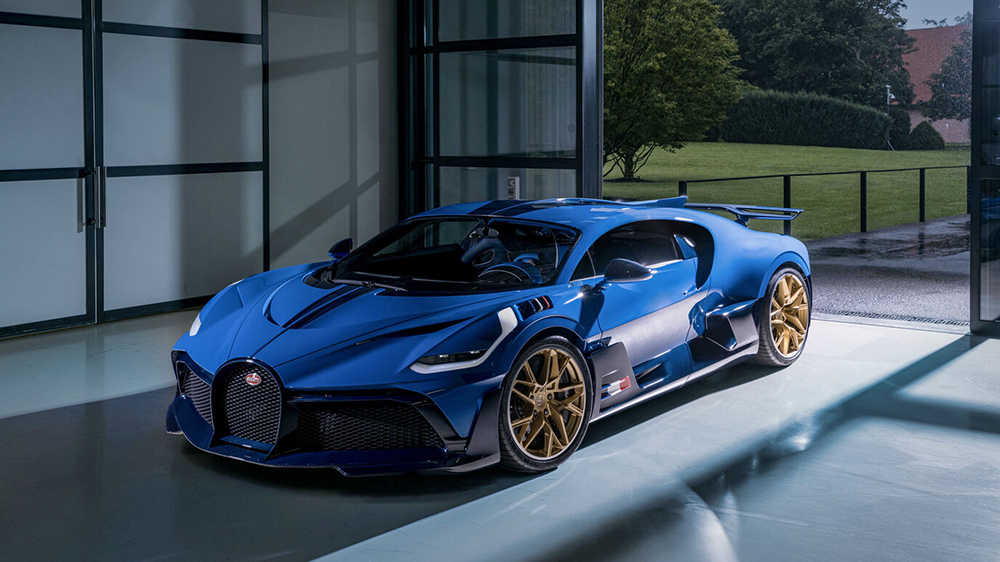 Bugatti is bidding adieu to the Divo in style.

The French automaker has just unveiled the last example from the bespoke hypercar’s limited production run. Debuting almost exactly three years after the gorgeous track-focused speed machine was first announced, the 40th Divo is set to go to a loyal Bugatti owner based in Europe.

First announced at the Concours d’Elegance in Pebble Beach in 2018, the Divo, which is named after French racing legend Albert Divo, represents the marque’s first coachbuilding project of the 21st century. It’s basically a track-focused Chiron underneath an even more exaggerated and aerodynamic body inspired by the Type 57SC Atlantic and Vision Gran Turismo. The car was only offered to a select number of loyal customers, each of whom worked with Bugatti to design a car to their specifications. The idea proved to be a hit, as the entire production run was already spoken for by the time the car made its debut.

Inside the final Divo  Bugatti

The final Divo is finished in bright EB 110 LM blue, similar to the color worn by Bugatti’s last Le Mans car. It’s accented with dark blue carbon and rides on a set of matte gold rims. The blue motif continues inside the car, where you’ll find seats and dashboard covered in French Racing Blue and Deep Blue, broken up by touches of matte grey carbon.  It’s nowhere near as outlandish as some of the Divos we’ve seen, but it is completely unique, just like every other example from the production run.

Like the Chiron before it, the Divo is powered by a 8.0-liter quad-turbo W-16. Mated to a seven-speed dual clutch transmission, the massive mill produces 1,500 hp and 1,180 ft lbs of torque and can push the car to an electronically limited top speed of 236 mph. An overall 77-pound weight reduction, 198 pounds of added downforce and a reworked suspension combine to make for a car that handles better than the one it’s based on.

Considering the cost of a standard Bugatti, it’ll come as little surprise that the Divo is even pricier. The figure for the final example wasn’t announced, but the hypercar starts at $5.4 million before customization costs. Still, given that there are only 40 Divos, and each is unique, this may well be a collector car that ultimately pays for itself.