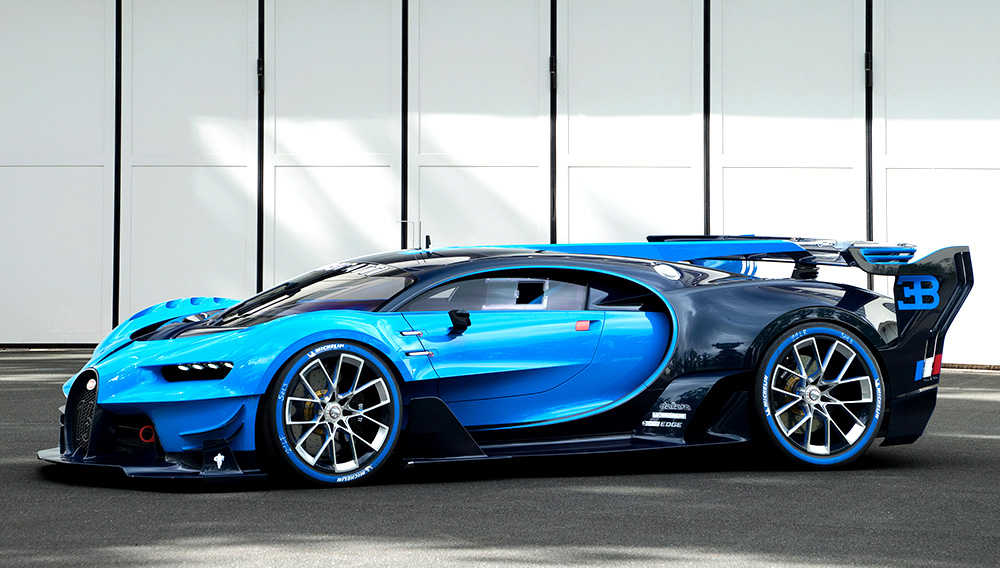 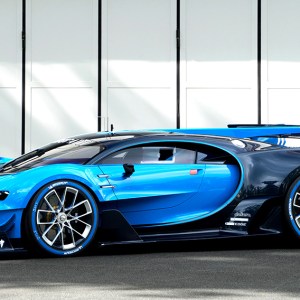 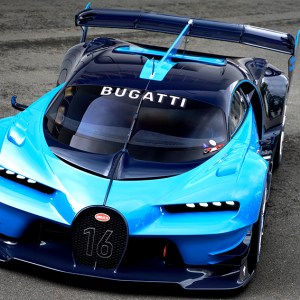 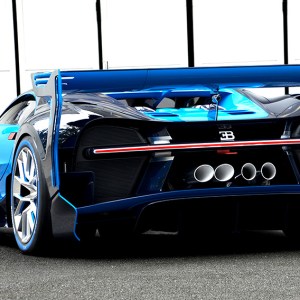 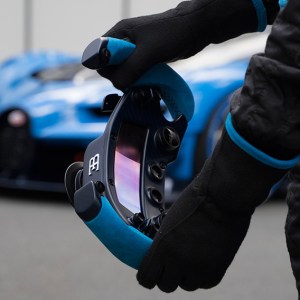 The Bugatti name has long been associated with inaccessibility. Though the Bugatti Veyron’s run of 450 units made it more frequently visible than the carmaker’s earlier efforts, that model’s seven-figure price tag still pushed it well beyond the reach of most car lovers.

Standing in contrast to the Veyron’s price tag is the audacious Bugatti Vision Gran Turismo, which will debut as a one-off concept car at the 2015 Frankfurt motor show September 17 through 27. Although it is cloaked in outlandish bodywork with fantastical design details, this model is so affordable that practically anyone can afford it—at least its virtual version.

The model unveiled in Frankfurt can be seen and touched, but the Bugatti Vision Gran Turismo is actually a realization of the car designed in 2013 specifically for Sony’s massively successful video game Gran Turismo 6. All of the Gran Turismo games are available exclusively on the PlayStation gaming platform, with more than 70 million units of the console sold since the its introduction in 1997. Turning from the brand’s paradigm of exclusivity, Bugatti president Wolfgang Dürheimer says, “This project makes our brand accessible to the millions of Bugatti fans throughout the world to say thank you for their loyalty.”

The show model represents a futuristic racecar that could theoretically work in the real world. Following 6 months of development with race experts from the Volkswagen Group, who ensured the authenticity of every last detail, the model has a W-16 engine and aerodynamic features that straddle the delicate balance between cooling the engine and creating downforce. Details like floating airfoils, a roof-mounted NACA duct in contrasting light blue, and quad exhaust pipes reveal a far more exuberant, unrestrained treatment of the Veyron model. Despite the forward-thinking design cues, the concept also tips a hat to the past with a central fin that pays homage to the famed 1936 Bugatti Type 57 Atlantic. The cabin is decidedly futuristic, featuring stark lines, high-tech instrumentation, and the use of a synthetic material previously reserved for Formula 1 racing shoes. Anchoring the extreme design theme is Bugatti’s familiar horseshoe front grille.

Though it can be had for about $20—the price of a video game—this stunningly executed concept embodies a curious dichotomy: both the most and least attainable Bugatti to date. (bugatti.com)