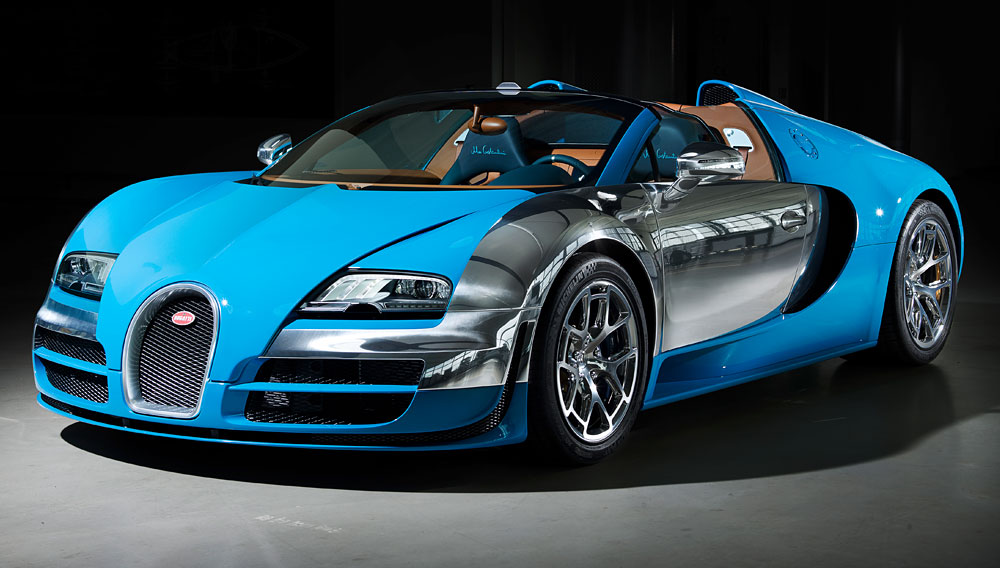 Costantini won the Targa Florio twice, as one of the racers of the famed Type 35 liveried in French racing blue, so the new special edition features carbon-fiber panels painted to match that color. In contrast, the wings, doors, and corners of the front bumper are made of polished aluminum. To commemorate Costantini’s Targa Florio wins, an outline of that race course has been painted on the underside of the rear air brake. From the outside, it can only be seen when the wing is deployed.

In addition to launching this special edition, Bugatti has also announced that it will offer a Dynamic Drive Experience in North America to “engage ultra-high net worth individuals and enthusiasts” by giving them a day behind the wheel of a Bugatti Grand Sport Vitesse on racing circuits, closed roads, and airport highways, to experience the car’s full range of abilities. “We modeled this new event format that is centered around driving the 1,200 horsepower Vitesse on the greatest roads in America with the opportunity to fully experience the car both on windy road courses and at high speeds on long straightaways,” says Dr. Stefan Brungs, a member of the board of Bugatti Automobiles S.A.S. for sales, marketing, and customer service.

The experience has no price, but the catch is that Bugatti has to invite you. “Bugatti identifies potential participants through its partners in other industries that have customers who match our customer profile, such as yachting, jets, private wealth management, and others. We also cooperate with our dealers who invite participants,” says a company spokesperson.

Drivers are accompanied by a factory test-driver to assist them in getting the most out of the experience. In addition to driving, participants will enjoy five-star hospitality during the program. An event is being planned for early 2014 in the Southwestern U.S. (www.bugatti.com)