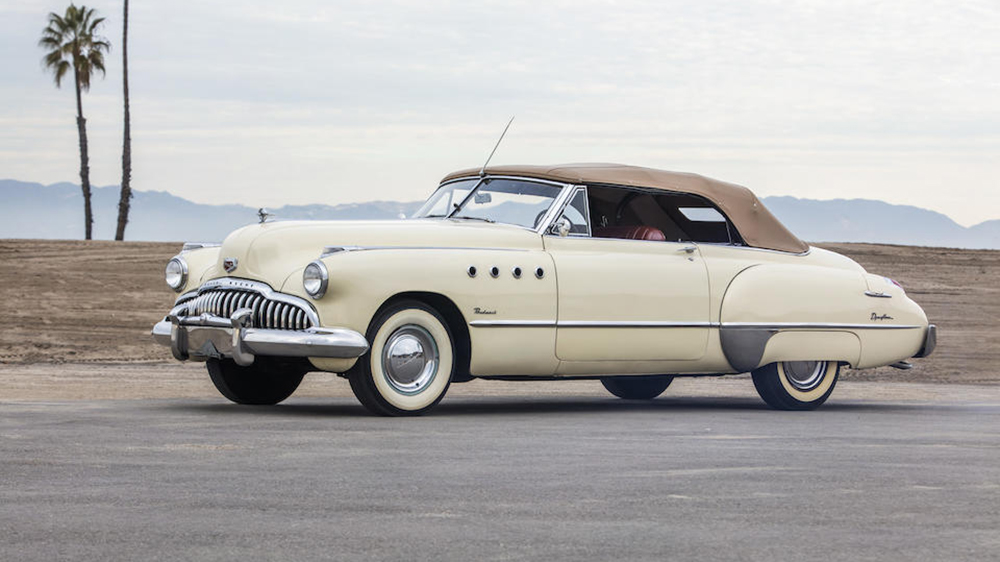 One of the more famous vehicles to grace the silver screen could soon be yours in real life.

The 1949 Buick Roadmaster convertible from Rain Man will hit the block later this month at Bonhams’s Scottsdale Auction. Movie cars hit the market all the time, this marks the first time the beautiful roadster has been available since Dustin Hoffman acquired it after filming.

Rain Man—which won Oscars for Best Picture, Best Director and Best Screenplay in 1989—tells the story of two brothers, Charlie (played by Tom Cruise) and Raymond (Hoffman), who couldn’t be more different from one another and only get to know each other after a cross country road trip. Charlie is a selfish schemer who only finds out about Raymond, after his estranged father dies and leaves all of his fortune, except the Roadmaster, to Raymond, an autistic savant. In an attempt gain control of the fortune, Charlie decides to bring Raymond to live with him, but since the latter refuses to fly, the duo is forced to drive from Cincinnati to California in the convertible.

This Roadmaster is one of two used during filming. It’s finished in Sequoia Cream accented with lots of chrome and features a red leather interior and tan convertible top. Under its hood, you’ll find a brawny 5.24-liter inline eight, which is mated to a two-speed Dynaflow automatic transmission and is capable of generating 150 hp, according to the listing. Other features include an independent front suspension and four-wheel hydraulic drum brakes.

The gorgeous drop-top was acquired by Hoffman in 1988, shortly after the Barry Levinson-directed film finished shooting. The car, which was fully restored by Larry Payne, has been in the actor’s possession ever since, rarely making an appearance in public. It would seem that Hoffman is ready for that to change, though.

“The Buick’s been in storage too long,” he said in a statement. “It should be driven, enjoyed and cherished.”

The Rain Man Roadmaster will go up for bid on Thursday, January 27 at the Westin Kierland Resort and Spa in Scottsdale. Bonhams expects the car to sell for between $150,000 and $250,000. That’s a lot more than the $3,150 the car originally sold for, but also might be a bargain for a true piece of movie history.

Check out more images of the Rain Man Roadmaster below: