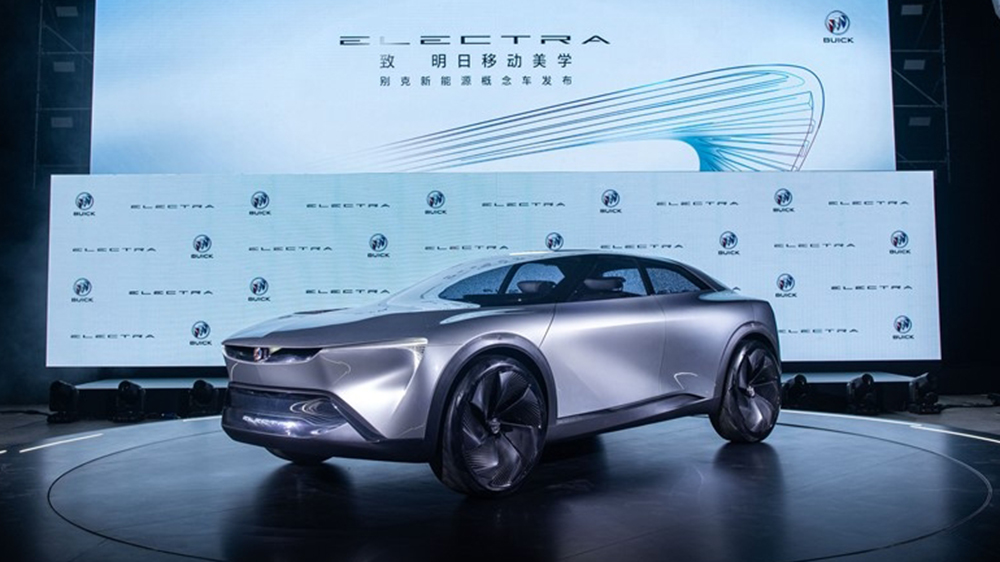 Buick knows it has an image problem. When most people think of the brand, their first thought tends to be of the hulking boat-like cars their grandparents drove. But the marque hopes its new concept will go a long way towards changing that.

On Monday, SAIC General Motors, which manufactures and sells Buicks in China, announced the resurrection of one of the brand’s oldest nameplates, the Electra. No, the company isn’t bringing back the full-sized luxury cars of yesteryear; instead, it’s using the name for a sleek, fully electric prototype designed to presage its future.

The new Electra looks nothing like the behemoth that roamed American roads from the late ‘50s until the turn of the millennium. It also looks radically different from Buick’s current lineup, aside from its familiar grille and headlights. The prototype is a sporty, wide-set crossover with smooth, flowing lines from front to back, across which metal and glass blend seamlessly with one another. Think of it as a more exaggerated version of the Polestar 2 hatchback. Most striking of all, though, are its butterfly-wing suicide doors, which open up to reveal a roomy space capsule-like cabin complete with a massive touchscreen dashboard and “floating” zero-gravity seats.

The car’s technological features are just as futuristic. The Electra will be powered by the same Ultium battery tech that can be found in the Cadillac Lyriq. Thanks to high-performance motors in the front and back, it’s capable of churning out 583 hp, accelerate from zero to 62 mph in just 4.3 seconds and go 404 miles on a single charge, according to a press release. And while a concept vehicle’s performance specs tend to be a tad overblown, these sound realistic based on what we’ve heard about the Ultium tech up until now.

“Today, Buick’s innovative thinking and imagination of future intelligent mobility have reached the next level with the Electra,” SAIC-GM executive vice president Sam Basile said in a statement. “I am confident that the aesthetics and technology innovations reflected on the Electra will ultimately help reset consumers’ expectations, just as all previous Buick concepts have done.”

The Electra is not the first impressive concept we’ve seen from Buick in recent years. Unfortunately, those vehicles haven’t made it past the prototype stage, especially in the US where the brand’s offerings are currently limited to SUVs. But the way the marque is promoting the Electra suggests that may be about to change.