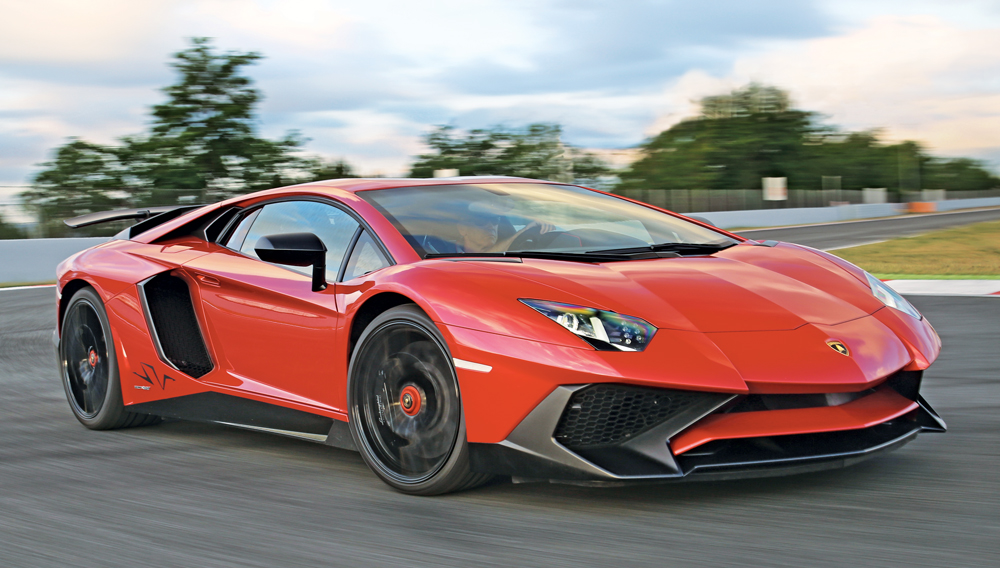 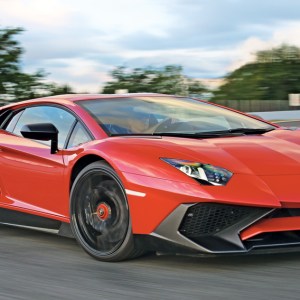 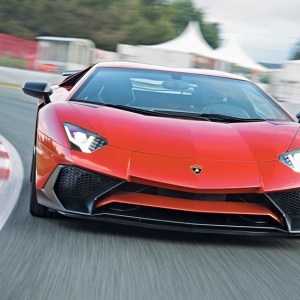 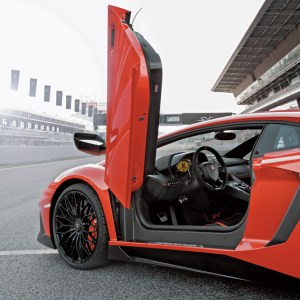 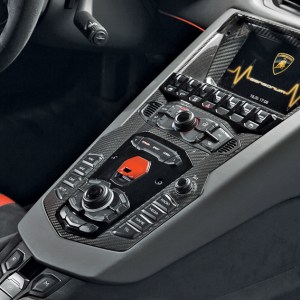 Under the shadows of the Gothic spires of the nearby Sagrada Familia Basílica, the bullring of the Plaza Monumental de Barcelona sits empty, a relic of a not-so-distant past. On the plaza’s sand floor, during the final Sunday of September 2011, the matador Serafín Marín dispatched the second of the two fighting bulls he faced that afternoon. The event was momentous—spectators packed the grandstand—because it was the final bullfight in Catalonia, ending a tradition that had been practiced in the region since at least the 14th century.

In May, about three and a half years after the ban went into effect, a new fighting bull arrived in Catalonia, at the Circuit de Barcelona-Catalunya, about 15 miles north of Barcelona. There, Lamborghini hosted test-drives of its latest model, the Aventador LP 750-4 Superveloce. Roughly translated from Italian, superveloce means “super fast,” and this latest model is a faster, more powerful version of the original Aventador LP 700-4. (Like most Lamborghinis, the Aventador is named for a bull that distinguished itself in the ring.) With its long straightaway and myriad corners, the 2.9-mile-long Formula 1 racetrack was, as the Lamborghini team explained, the ideal venue to show off the new car’s technological advancements and performance capabilities.

The Superveloce’s zero-to-62-mph time of 2.8 seconds is the fastest ever for a Lamborghini production car. Earlier this year, the mid-engine two-seater completed a lap of Germany’s Nürburgring in 6 minutes and 59.73 seconds, joining the Porsche 918 Spyder as one of the few production cars to break the seven-minute barrier on the track that serves as a proving ground for sports cars. The Superveloce is powered by a naturally aspirated V-12 that produces 750 hp and enables a top speed of more than 217 mph. By comparison, the 700 hp Aventador reaches 62 mph in 2.9 seconds and achieves the same maximum speed. In addition to having more power than the original Aventador, the Superveloce, because of greater use of carbon fiber and other lightweight materials, weighs 110 pounds less, tipping the scales at 3,362 pounds. The new car also benefits from a redesigned body that improves its aerodynamics.

The Superveloce, which was introduced in March at the Geneva International Motor Show, is priced at $493,000. Lamborghini plans to build 600 examples, all of which have already been sold. Deliveries began earlier this summer.

The car’s interior is lined with Lamborghini’s proprietary woven carbon-fiber fabric—CarbonSkin—and includes Alcantara-upholstered carbon-fiber racing seats as a standard feature. The seats may not coddle occupants the way the optional comfort seats do, but the driver, sitting low in the cabin, will feel better positioned for the type of driving that the Circuit de Barcelona-Catalunya invites.

In Death in the Afternoon, Ernest Hemingway wrote that in bullfighting “the degree of brilliance in the performance is left to the fighter’s honor.” With the Superveloce, brilliant performance has more to do with the car’s advanced engineering than with the driver’s honor—or skills. It is relatively easy to tame this beast.

The Superveloce was set in the Corsa (racetrack) driving mode—Strada and Sport are the other choices—as I eased it out of pit row and onto the track’s lengthy straightaway for an opening lap. Within 18 seconds the car reached the third turn, known as the Renault corner. It is a right-hand sweeper on which F/1 drivers are routinely subjected to nearly 4 gs of force. (Astronauts feel only 3 gs during a space-shuttle launch.) If inclined, drivers can see how they measure up to F/1 drivers and astronauts, because the car’s redesigned instrument cluster includes a g-force indicator.

As the Superveloce entered the corner, the pace car driven by Lamborghini test-driver Pierluigi Veronesi was within sight. But it was only halfway through the turn when Veronesi’s car accelerated out of view. I pressed on the accelerator, expecting to feel the Pirelli P Zero Corsa–clad rear wheels drift, but the car held its course, and it continued to maintain traction while I gave it more gas. Lamborghini has equipped the Superveloce’s drivetrain with a revised coupling system that optimizes the car’s all-wheel drive (denoted by the 4 in the car’s 750-4 designation) by redistributing as much as 60 percent of the engine’s torque to the front wheels if needed.

In redesigning the Aventador body for the Superveloce, Lamborghini added new front wings, a new front splitter, a larger rear diffuser, and a larger, manually adjustable carbon-fiber rear wing. According to the company, these components improve the car’s overall aerodynamic efficiency by 150 percent compared to the Aventador. They also produce 170 percent greater downforce, which joins the four-wheel drive in contributing to the car’s exceptional traction.

The Superveloce’s V-12 cackled and growled when I downshifted the 7-speed ISR automated-manual transmission into third gear while exiting the Renault corner. Then I slung the car around the next turn and into the sharp left that followed. After 16 laps, I pulled back into pit row and climbed out of the car with my heart racing and my hands trembling with adrenaline. Matadors probably experienced similar sensations in the ring at the Plaza Monumental de Barcelona.

The bullfighters have been relegated to history, and if history is any indication, the Aventador model line, which went into production in 2011, could soon join them. When Lamborghini unveiled each of its previous three Superveloce variants—for the Miura in 1971, the Diablo in 1996, and the Murciélago in 2009—it retired those models shortly thereafter. However, Lamborghini has said that this latest Superveloce is not the last of the Aventadors. At the Circuit de Barcelona-Catalunya event, Lamborghini president and CEO Stephan Winkelmann confirmed that the company has specific plans for future versions of the Aventador, but he declined to elaborate. “The customer lives out of expectations, and we always want to exceed those expectations,” he explained. “If you talk about the future, you destroy the present.”

A month later, in June at England’s Goodwood Festival of Speed, where the Superveloce made its U.K. debut, Winkelmann announced a roadster version of the Superveloce. Lamborghini will build 500 examples and has already begun taking orders.

So the matador’s time has passed, but bulls bearing the Aventador name will continue their run.