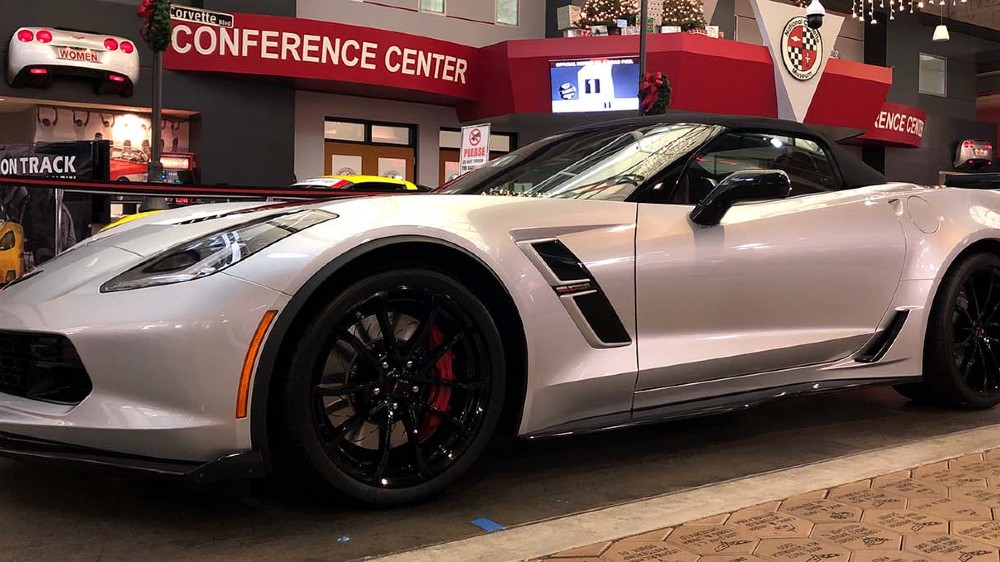 With deliveries of Chevrolet’s all-new C8 Corvette set to begin this quarter, its predecessor, the C7, has reached the end of the road. Predictably, collectors are scrambling to get their hands on the sports car while they can. But now, thanks to the National Corvette Museum, you might be able to get one of the most exclusive examples remaining—the final C7 Grand Sport—for just $150.

Later this month, the Bowling Green, Kentucky museum will raffle off the final seventh-generation Grand Sport convertible to roll off the production line at GM’s plant in the city, reports Car Buzz. As part of the raffle, the NCM is selling 1,500 tickets for $150 each, of which 919 were still available as of press time.

But while the final C7 Grand Sport has plenty of historical significance, it would be a pretty slick sports car regardless. Built on August 30 of last year, just before the start of the 40-day United Auto Workers strike, the convertible is finished in Blade Silver and features Carbon Flash hood stripe, badging and accents. Underneath the hood there’s a 6.2-liter V8 engine mated to an eight-speed paddle-shift automatic transmission, that can produce 460 horsepower. Other features include magnetic selective ride control, a multi-mode performance exhaust, black aluminum wheels with red-painted calipers, a 10-speaker Bose sound system and a power-folding black convertible top with remote.

But there is a slight catch. While tickets for the raffle can be bought both online and at the museum, you must be physically present in Kentucky at the time of purchase. So if you really want this C7 Grand Sport, you might want to plan a quick trip to the Bluegrass State between now and February 20, when the raffle will be held at 2 pm central time.

But even if you do have to travel Kentucky to win the C7 Grand Sport raffle, you would be rewarded with a ridiculous bargain for the car. Brand new, the Corvette variant starts at $70,400, and that’s before considering the car’s cachet among collectors. Last year, the final C7 Z06 built sold for a stunning $2.7 million at auction.