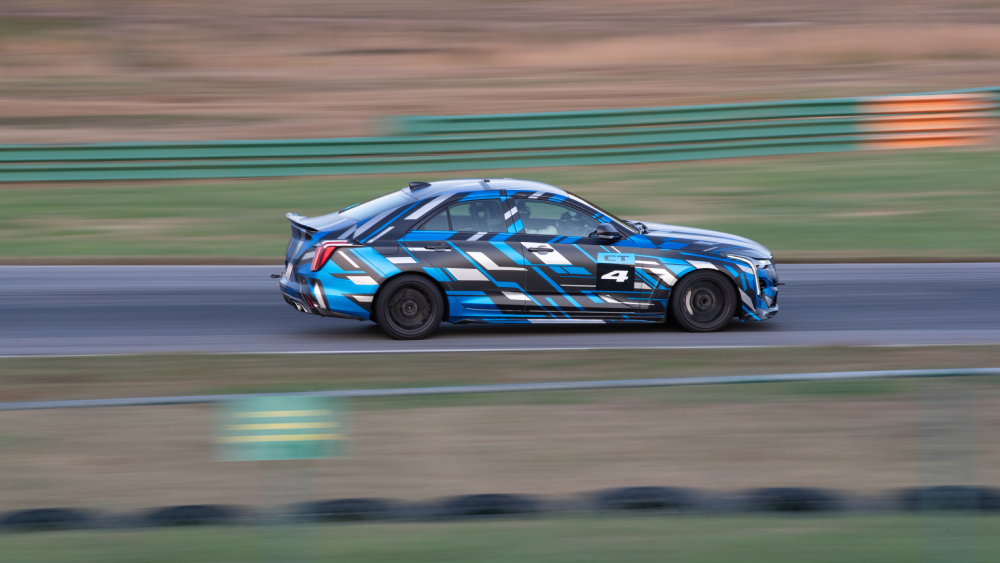 Cadillac is putting its focus on performance with the latest iteration of its V-Series dubbed Blackwing.

The fourth generation of the luxurious sub-brand, the military-esque moniker will be given to ultra-performance variants of the CT4-V and the CT5-V. Both will be track-capable and designed to showcase the pinnacle of Cadillac’s engineering and functional capabilities. Their announcement follows a rather lukewarm reception for the V-Series updates showcased in May of last year, the lack of enthusiasm largely stemming from the middling 355 hp those cars offered.

“The Blackwing name has come to represent the very best of Cadillac performance engineering, craftsmanship and technology,” said Brandon Vivian, Cadillac’s executive chief engineer, in a press release. “The new CT4-V Blackwing and CT5-V Blackwing build on the brand’s respected legacy of ultimate-performance driving experiences and elevate them even further.”

Both V-Series Blackwing models will be crafted with specially tuned chassis, control technologies and engines. They will also offer the a manual transmission option, something that has become increasingly rare in the luxury car market.

To ensure that both models live up to expectations, Cadillac has subjected the pair to extensive drive testing on tracks, as well as on road courses around the country. One such run at the Virginia International Raceway saw the Blackwing duo mark lap times seconds faster than the automaker’s ATS-V and CTS-V.

When it comes to aesthetics, the new lineup hews closely to the lines already established by its predecessors, with minor tweaks in proportion and detailing. The pair boast a racing-inspired design flourishes like side fender gills and horizontal slats on the air vents as opposed to the current mesh. The monochromatic, camouflage-like pattern decorating each prototype isn’t expected to make its way to production.

Though information on Cadillac’s present V-Series is available on its website, additional details about the Blackwing models won’t be made available until an undisclosed date in the future.