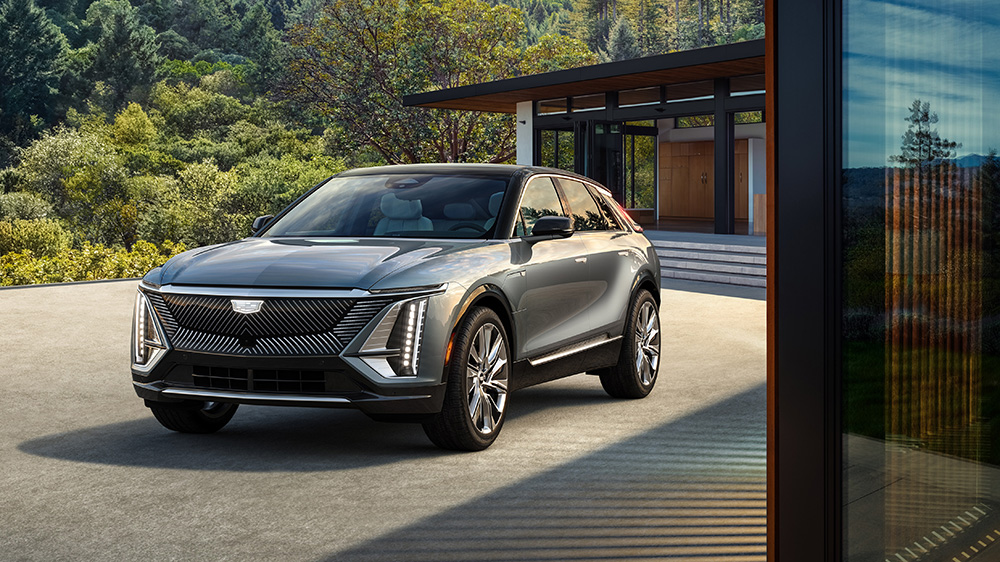 Cadillac’s first EV is ready for its closeup—and it could mark a whole new era for the brand.

The Detroit automaker unveiled the production-ready 2023 Lyriq on Wednesday. Set to go on sale during the first half of next year, the company’s new all-electric SUV will serve as a clear dividing line between its internal combustion past and the battery-powered future.

The final version of the Lyriq looks remarkably similar to the concept that debuted last summer. While most battery-powered vehicles on the road today share a curvy, Tesla-inspired aesthetic, the Lyric is decidedly bolder. The brand has smoothed out some of the prototype’s sharper angles and shrunk its wheels (though bigger rims are available as an add-on), but thankfully the vehicle’s centerpiece—a “dynamic,” wide-set grille adorned with an illuminated badge and vertical LED headlights—remains. Although it represents a departure from anything else in the automaker’s lineup, the EV is still clearly a Cadillac.

Like the exterior, the interior has largely been left alone. The biggest difference is the addition of a seat in the back row, bringing the total to five. Also untouched is the massive, 33-inch screen that takes up more than half the dashboard. The setup comprises two displays, a virtual cockpit for the driver and a touchscreen infotainment system positioned above the center console. With it, you’ll be able to utilize the new Super Cruise semi-autonomous driving suite. The technology, which featured prominently in the brand’s Edward Scissorhands-inspired Super Bowl commercial, will allow for hands-free driving.

Inside the Cadillac Lyriq  Cadillac

The Lyriq will ride on General Motor’s rear-wheel-drive Ultium platform and will produce 340 hp and 325 ft lbs of torque. It’s nowhere near as powerful as the brand’s other big electric SUV, the GMC Hummer EV, but that should be more than enough for a luxury cruiser. The crossover’s 100.0-kWh battery pack should be good for 300 miles of range, and it comes equipped with a 19.2-kW onboard charger. Thanks to this you’ll be able to add 52 miles of range per hour when connected to a household outlet. If you’re lucky enough to be near a DC fast charger, you’ll be able to add 76 miles of range in just 10 minutes.

Although production was originally scheduled to start in late 2022, Cadillac now expects the Lyriq to be available during the first half of the year. The crossover will start at $59,990. A more performance-focused, all-wheel-drive variant is expected to follow later. Reservations for the Lyriq will open in September.

During Wednesday’s announcement, Cadillac also revealed that the brand will no longer develop vehicles with internal combustion engines going forward. There are still gas guzzlers in its lineup—notably the CT4, CT5 and Escalade—and they will receive updates, but any new vehicle introduced by the brand will be completely battery powered.

The announcement, while significant, should not come as a shock. Earlier this year, Cadillac’s parent company, GM, announced plans to phase out the sale of all gas- and diesel-powered vehicles by 2035. The pledge, which was delivered by chief executive Marry Barra, is part of a broader plan to make the company carbon neutral by 2040.