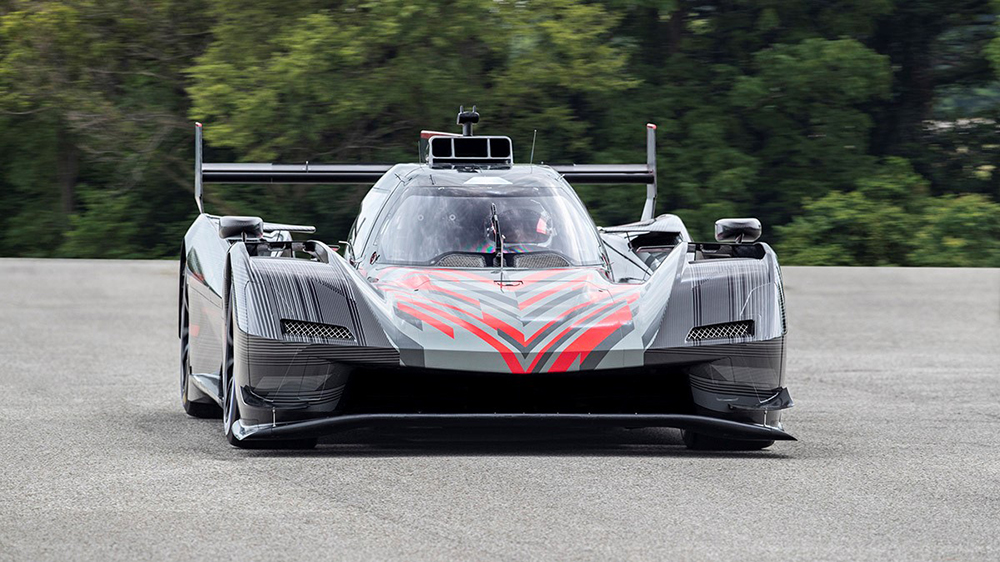 The luxury marque has just released a brief video in which you can hear the roar of the V-8 on its new Project GTP Hypercar. And the sound emanating from the revving mill may have made us even more excited about the Batmobile-esque racer than we already were.

The clip runs just 10 seconds long and would appear to have been shot during the vehicle’s first session of track testing last week. You can barely see the car, but you can sure hear it as it zooms in and out of the frame. As short as the recording may be, there is one thing that comes through loud and clear: This V-8 sounds a lot different from one found in Chevrolet C8.R race car.

We know that Cadillac’s racer will be powered by an all-new 5.5-liter DOHC V-8 paired to the LMDh hybrid system, but that’s about it. Now, though, we feel pretty safe in saying the mill won’t feature a flat-plane crank shaft unlike the one found in the C8.R. The sound in the clip lacks that trademark crackle, one you’ve undoubtably heard from a Ferrari or two. Instead, the Project GTP Hypercar’s engine, as Road & Track points out, sounds much more like a classic American V-8 with a cross-plane crank. And because it can rev up to 10,000 rpm, it still sounds pretty sweet.

Thankfully, we shouldn’t have to wait too much longer to see (and hear) the finished product. Cadillac has been very clear that it intends to race the Project GTP Hypercar in World Endurance Championship next year. It’s currently set to make its debut at the Rolex 24 at Daytona in January.