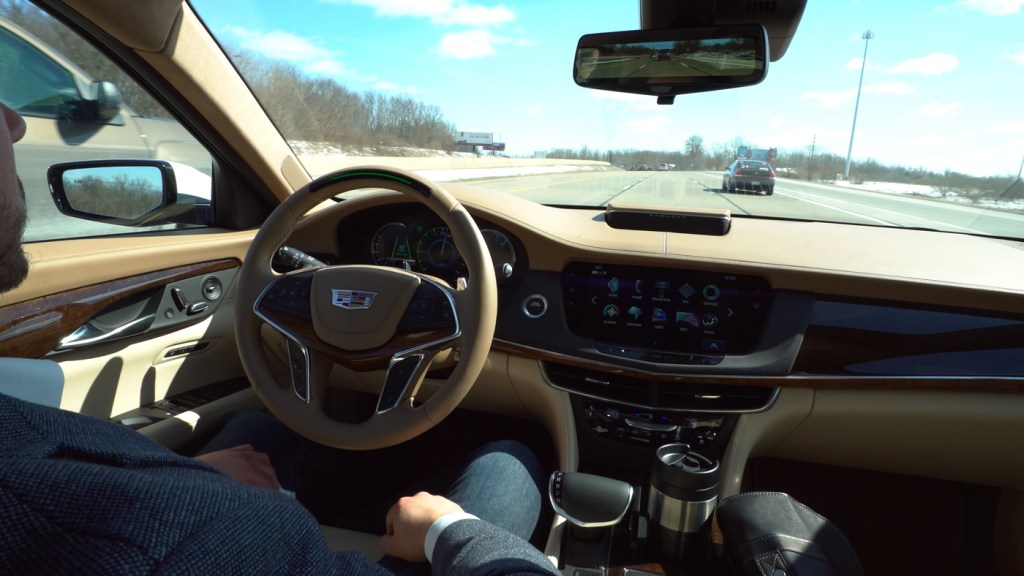 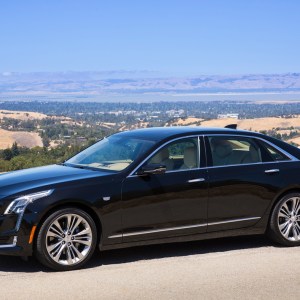 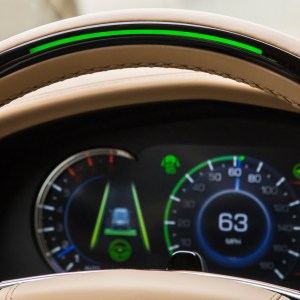 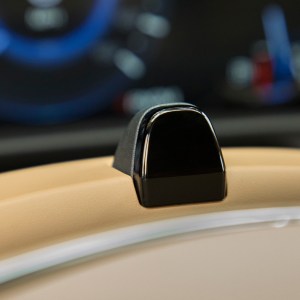 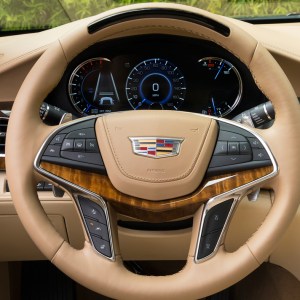 Cadillac’s new Super Cruise, available on the brand’s 2018 CT6 flagship sedans, inches closer to an automated future with a suite of features that can propel, stop, and steer the car on its own. As with Tesla’s autopilot feature and Mercedes-Benz’s Intelligent Drive (available on E-Class and S-Class sedans), Super Cruise is considered semi-autonomous—meaning, you can’t yet catch up on email from behind the wheel. But it can alleviate much of the physical and mental fatigue of driving. Sometimes.

On a road trip from Los Angeles to San Francisco, I let Super Cruise do its thing on the long stretch of Highway 5 that traverses California’s Central Valley. The system turns on with the touch of a single button; a light bar integrated into the steering wheel illuminates bright green and the wheel begins to turn itself. Although a different color, the steering wheel lights are reminiscent of the sequential shift lights in the Ferrari 488 GTB (although admittedly, this is where the similarities end).

Super Cruise uses cameras and sensors to detect road markings, and operates within certain parameters; among them, painted lines must be clear and consistent, and the car must be centered in the lane. When active, Super Cruise does an impeccable job following the gentle bends in the road at speeds of 70 mph (and in my case, maybe a little more).

When I took my hands off the wheel for too long, or looked away from the road for more than a few seconds, the system—which includes a big-brother-like camera mounted on the steering column to monitor eye movement—emitted an angry tone and flashed red lights before turning off the system. The adaptive cruise control, however, which automatically brakes for slower traffic and accelerates again when the coast is clear, continued to work even when Super Cruise deactivated.

But the major impediment to the efficacy of Super Cruise, and other semi-autonomous driving systems, is not a flaw within the system itself. The problem lies with other cars. After just 15 minutes, the road was so rife with drafting Priuses and pokey road trippers that I could no longer bear to follow the endless conga line of econoboxes. For these occasions, Super Cruise let me take over for what came to be a myriad of lane changes and passing maneuvers. In these cases, the Ferrari-esque lights turned blue, then resumed to green once I was back in the lane.

Until all of the cars on the road are driving themselves, Super Cruise is a safe, reliable way to relieve the pressures of long-distance driving (the heated, massaging seats help, too)—but only if you’re the kind of person who can zone out and ignore the endless parade of mindless drivers doing five miles per hour under the speed limit in the left lane. Otherwise, I suggest a Ferrari—with cool lights on the steering wheel.