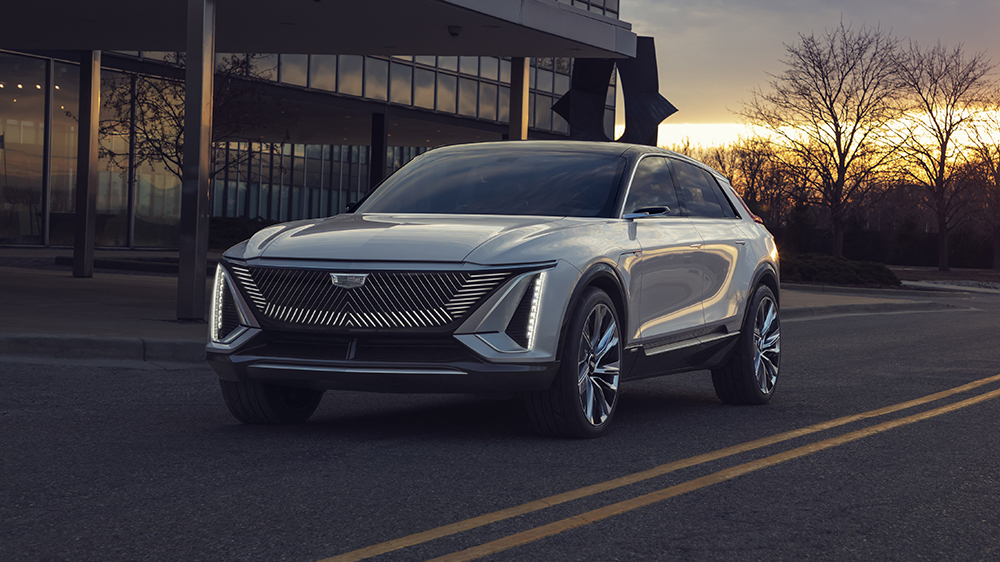 It doesn’t matter the route you take to your destination, just that you eventually make it there. Just ask Cadillac, which, after months of coronavirus-related delays, has finally unveiled its much-hyped Lyriq EV.

General Motor’s luxury marque debuted its first fully electric vehicle four months later than initially planned in a virtual press event on Thursday. Although it’s still more “show car” than production vehicle, and won’t roll off the line for at least another two years, the Lyriq presents an exciting glimpse at both Cadillac and GM’s electric future.

“Led by Lyriq, Cadillac will redefine American luxury over the next decade with a new portfolio of transformative EVs,” Steve Carlisle, executive vice president and president, GM North America, said in a statement. “We will deliver experiences that engage the senses, anticipate desires and enable our customers to go on extraordinary journeys.”

While there are traces of Cadillac’s current design language in the Lyriq, it looks decidedly more futuristic. Most notable is the crossover SUV’s “dynamic,” wide-set grille adorned with an illuminated badge and striking vertical LED headlamps. Instead of being something completely new, it feels like a bold reimagining of the grille the brand has used across its last few generations of the vehicle. The Lyriq also features less chrome than we’re used to on a Caddy, along with more dramatic lines and angles, a sloping roofline and a “flow-through” spoiler meant to maximize its aerodynamic potential.

The Lyriq’s sci-fi aesthetic doesn’t end at the exterior, either. Inside, you’ll find a sleek and elegant cockpit-like seating area. The centerpiece of it all is the vehicle’s absolutely massive, 33-inch diagonal touchscreen from which you’ll be able to monitor vehicle status, check out different camera views and make infotainment selections. Cadillac claims the screen has the highest pixel density on the market and can display over one billion colors, 64 times more than any other vehicle display. The interior cabin also features new road-noise canceling technology to block out unwanted sounds, as well as a 19-speaker audio system from AKG Studio for those you want to hear. Although they weren’t ready for the debut, both GM’s Super Cruise driver-assistance technology and a head-up display will be available at launch.

As this is the Cadillac’s very first EV, what’s under the hood is just as important as how it looks. The Lyriq is also the first GM vehicle to utilize the company’s new Ultium battery technology. With a battery pack capacity expected to come in around 100 kWh, the brand is targeting an EPA range of over 300 miles. If the company can deliver, that would make the vehicle one of the longest-range electric SUVs on the market. No other performance specs were available, but the company did reveal that the car will be available in rear-wheel- and all-wheel-drive configurations and will support 150 kW DC fast charging.

Inside the Cadillac Lyriq  Cadillac

Although it’s launching in 2020, Cadillac doesn’t expect for production of the Lyriq to begin until late 2022. As noted above, the vehicle shown off on Thursday is considered something of a “show car”—Car and Driver reports it’s only 80 to 85 percent design complete—so expect to see more than a couple changes when the crossover finally hits the road during the 2023 model year.