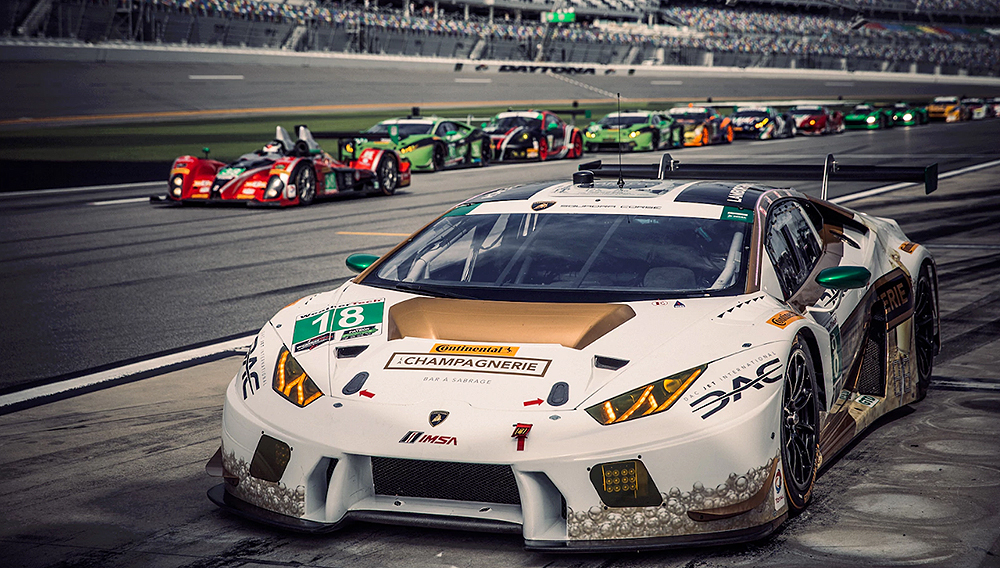 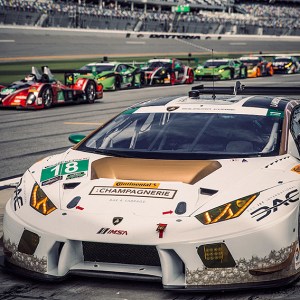 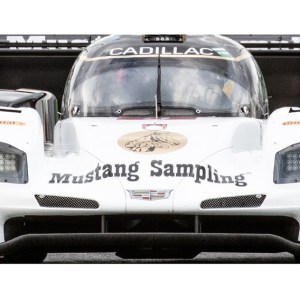 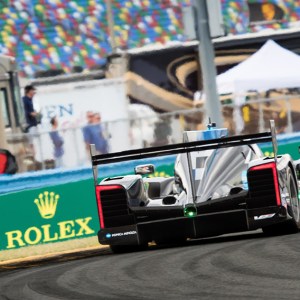 Cadillac finished first and second overall with its first-ever entries in the Protoype class, which is considered the race’s pinnacle of speed and technology. “It was one of those historic things…You are witnessing it in a historic place,” said Mark Reuss, a General Motors executive vice president who is the former head of GM’s performance division and is an avid racing fan.

The winning No. 10 Konica Minolta Cadillac DPi-V.R was driven by the team of Jeff Gordon, Max Angelelli, Jordan Taylor, and Ricky Taylor. For his efforts, each driver received a Rolex Cosmograph Daytona.

Racing at Daytona Beach dates to the early 1900s, when ambitious drivers such as Oldsmobile founder Ransom E. Olds sought to break land-speed records on the city’s vast stretches of sand. In the late 1950s, a growing racing culture prompted the construction of the Daytona International Speedway, which hosted its first 24-hour race in 1966. Since then, the 24 Hours of Daytona—as the Rolex 24 at Daytona used to be called—has become one of the most prestigious events in motorsports. It now starts the season for the WeatherTech Sports Car series, is sanctioned by the International Motor Sports Association, and is sponsored by Rolex, which awards an example of its Daytona watch to the winning drivers.

As with the 24 Hours of Le Mans, several classes run on the track simultaneously in the IMSA WeatherTech series, making for a crowded field where drivers must maneuver around cars that they’re not directly competing against. This year, all four classes—Prototype, Prototype Challenge, GTLM, and GTD—started on the grid simultaneously.

Lamborghini debuted eight new Huracán GT3s. No other carmaker had as many cars on the grid. They competed for seven teams in the GTD class. “This is a proud moment for Automobili Lamborghini,” said Giorgio Sanna, the head of the brand’s motorsport program. “This is the category for Gran Turismo cars with GT3 homologation and the most competitive one.”

The cars in the GTD class adhere to FIA-GT3 specs, and they are the most closely related to their production counterparts. Of the five Huracáns that completed the race, two finished in the top 10.

As any motorsports enthusiast knows, racing isn’t just about winning. Automakers sponsor factory teams to boost brand awareness and to test and develop aerodynamic and powertrain technologies that usually end up in their production cars. But running a racing team isn’t cheap. Indeed, it’s been said that to make a small fortune in racing, you have to start with a big one. Nevertheless, the drivers, engineers, mechanics, team owners, and designers who enjoyed success at the Rolex 24 Daytona will tell you it’s worth the investment.

The next race in the IMSA WeatherTech Sports Car Series is the 12 Hours of Sebring on March 18. (sportscarchampionship.imsa.com)