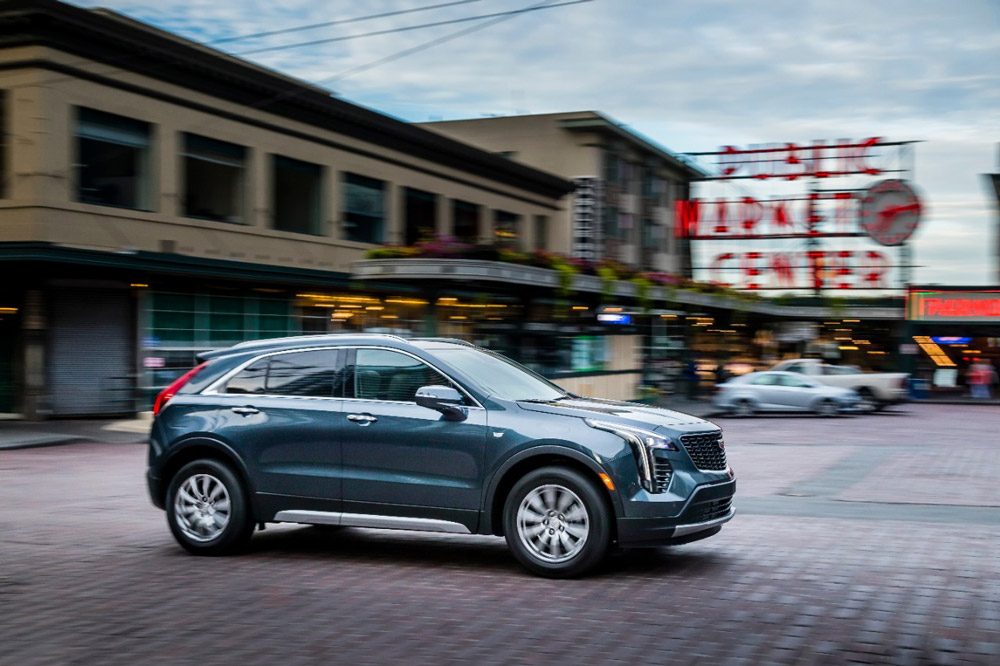 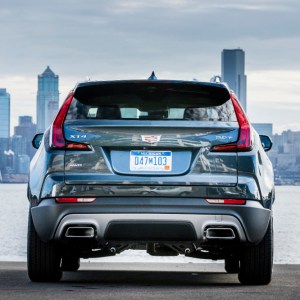 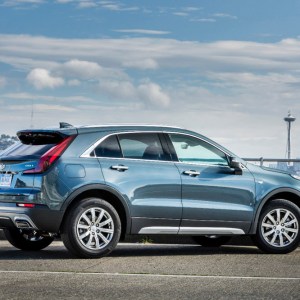 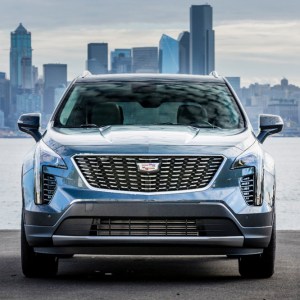 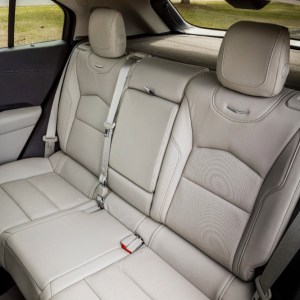 Compact luxury SUVs are some of the most in-demand vehicles in the country. A flourish of small utility vehicles, including the Lexus UX, Volvo XC40, and Mercedes-Benz GLA, aim to entice drivers looking for increased interior space in a small footprint. One of the latest to join the fray is Cadillac, whose new XT4 is the brand’s first foray into the compact crossover space.

“This is an incredibly important moment for Cadillac,” says Andrew Lipman, Global Communications Director for Cadillac. “We are on track to establish a new high watermark for global sales and we’re really working to build the brand.” Lipman and other Cadillac executives admit the marque suffered from a lack of innovation from the late 1970s to the early 2000s, tarnishing the brand’s once shining reputation and driving customers elsewhere. For the last few years, Cadillac has been aggressively orchestrating a renaissance, with an ambitious turnaround plan that focuses on quality product, compelling design, and cutting-edge technology. Earlier this year, Cadillac introduced its Super Cruise semi-autonomous driving technology and now, it brings a new model to a highly in-demand segment. And its refined good looks and dialed-in ride rival any of its competitors.

When exploring what Cadillac’s first small SUV should look like, Robin Krieg, lead exterior designer on the XT4 says, “I thought, what if Escalade never grew up?” To Kreig and his team, that meant bold, oversized features and substantial proportions, but also a simpler approach compared to some of Cadillac’s past designs. Many signature Cadillac elements still appear, such as vertical daytime running lights and vertical tail lamps (the latter inspired by the CTS-V wagon), but the severe creases and angles of past designs have been softened. “There are still taut lines, but when the proportions are good, you don’t want to distract from them,” Krieg says.

The Cadillac design team developed two versions of the XT4, set apart by different visual elements. This approach, or what Krieg calls “dual-persona trims,” will be used for all forthcoming Cadillac vehicles. Sport models focus on athleticism and use gloss-black coatings on the front grille, roof rails, and side moldings, as well as clear-lens tail lamps and sport alloy wheels. Premium Luxury models are trimmed with satin-finish aluminum accents and use red tail lamp lenses.

Perhaps more importantly is what these models share beneath the surface. Engineers focused heavily on vehicle dynamics, beginning with a new, rigid platform and driving dynamics that were neither too harsh nor too soft.

“With this car, we wanted to achieve a sense of balance,” says Cadillac XT4 chief engineer Todd Pawlick.

Sport and Premium Luxury versions will be offered.  Photo: Courtesy of Cadillac.

On a test drive around the Seattle area in an all-wheel-drive Sport model (priced at $56,835), we found that balance is just what Pawlick and his team achieved. Every XT4 is powered by a new, 2-liter, turbocharged inline-4 that makes 237 hp, making it considerably more powerful than most of the competition. Equally important is the torque curve, which makes all 258 ft lbs available as low as 1,500 rpm and as high as 4,000 rpm. Although this segment is not known for performance, we never felt a lack of power when maneuvering onto highways or passing logging trucks on two-lane roads. On the other side of the coin, the XT4 is also highly efficient. During the times we were crawling along in traffic, the engine would disengage two of its cylinders for fuel savings, although this change was barely perceptible, if at all. When coasting, the drivetrain disengages completely, and thus uses no fuel.

That balance extends to the ride, which remained stable and planted through numerous off-camber turns, without feeling harsh. Optional adaptive damping on the Sport model responds quickly, eating up what few bumps and ruts we encountered on rural roads. The XT4 offers different driving modes, but these don’t dramatically change the profile of the vehicle, which, in this case, is a good thing. Touring mode remains responsive enough to keep our interest, and Sport mode tightens things up without feeling like it’s trying too hard (for one, the steering effort remains comfortable and doesn’t resort to the overly heavy feel favored by some manufacturers). In all modes, the XT4 is quiet, with a touch of road and wind noise at higher speeds, but never any unwelcome chatter.

An entry-level crossover with elegance.  Photo: Courtesy of Cadillac.

Like the exterior design, the cabin of the XT4 is greatly simplified—and improved—over that of its older siblings. Materials are understated and even elegant for an entry-level crossover, and large swaths of soft-touch plastics don’t draw undue attention. One of the most admirable elements of the XT4 is its comfortable front seats, which fit even petite frames with the perfect amount of support. At the other end of the scale, a 6-foot-4 colleague admits he had no trouble fitting in front—or in back, for that matter.

A new center display screen sits in the dash, devoid of the busy clusters of buttons that flank other current Cadillac models. Functions can be controlled by directly touching the screen or by using a new rotary knob on the center console, as with the preferred method of many German brands. The XT4 gets in-vehicle tech such as Wi-Fi connectivity, Apple CarPlay, and Android Auto, and an optional technology package that adds wireless mobile device charging and a head-up display. At the same time, Cadillac seems to have learned that not all new tech is better, as its finicky touch-sensitive slider that controlled the radio volume has been replaced with a traditional knob.

With the XT4, Cadillac has produced a well-rounded, small crossover with performance, comfort, and style that measures up to any small luxury SUV on the market. As the brand has announced that it will introduce a new model every 6 months from now until 2020, we look forward to the XT4’s formula carrying over to a new generation of Cadillacs to come.