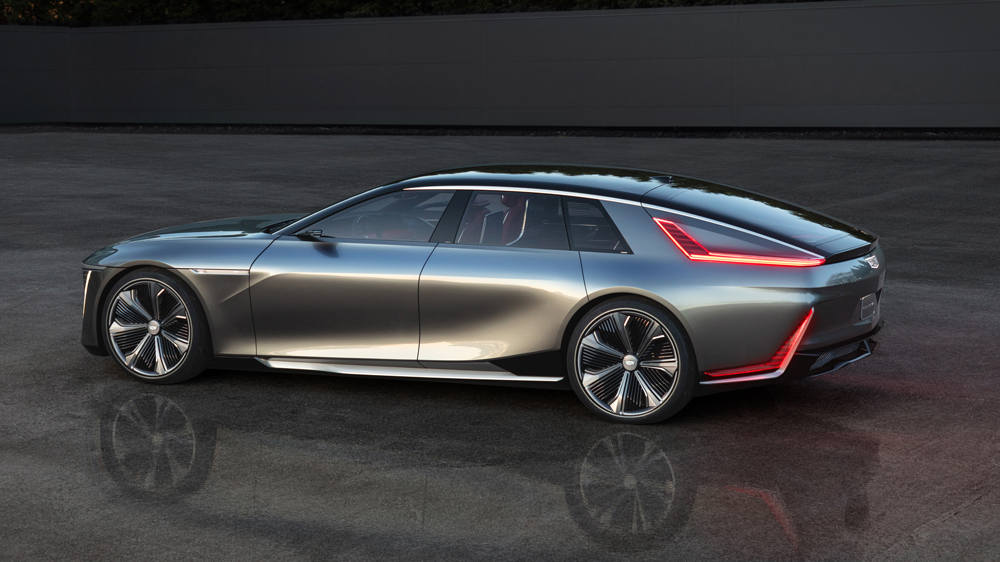 It’s been more than half a century since Cadillac dominated the US luxury market. Over the past decades, the automaker rolled out show cars that promised to turn the hearts of the country—and the world—back to Detroit sheet metal. Yet despite the bold and often polarizing design concepts, such as the spaceship-like Voyage of the 1980s, the sinister Cien of the early 2000s and the elegant Elmiraj from 2013, Cadillac’s production cars often failed to measure up to the promises made by their eye-catching prologues. We’re hoping things are different this time around with the Celestiq, a sleek, fastback grand tourer that herald’s Cadillac’s shift to electrification, and perhaps the strongest push yet to resurrect the brand’s glory days.

“The future of Cadillac design changed when we made the decision to go all electric,” Magalie Debellis, head of Cadillac Advanced Design, tells Robb Report. “It was the opportunity for a rebirth of the brand.”

A careful blend of past and future defines the Celestiq, with its low, wide proportions enabled by GM’s Ultium electric platform, the same that underpins the Cadillac Lyriq crossover and the new battery-powered GMC Hummer. In a time when many EVs are shifting to cab-forward designs, Cadillac kept a strong cab-rearward stance with the Celestiq—think muscular rear haunches—with a fastback glass roof that evokes shades of a modern Porsche 928.

Yet the Celestiq still stays true to long-entrenched Cadillac design cues such as strong vertical lighting signatures and a familiar front face, although the latter is reimagined for electrification since large air intakes aren’t needed. “The front grille is a total reinvention, the integration of high-end technology artfully integrated with a very sculptural and proud front end that blurs the limits between the different elements,” Debellis explains. “Being fully electric gave us the freedom to reinvent and push the boundaries with a very distinctive avant-garde design.”

Inside the Celestiq, a 55-inch LED display stretches from door to door.  Cadillac

Elaborate lighting is de rigueur for any luxury car these days, and the Celestiq is no exception. “When you approach the vehicle, the lighting choreography welcomes the passengers, illuminating the badge then moving toward the headlamps as a digital “rain” for a truly vertical lighting-design signature,” Debellis says.

Designers and engineers looked to early Cadillac models for inspiration, including the hand-built, limited-edition 1957 Eldorado Brougham and bespoke, prewar V-16 sedans. Further inspiration came from mid-century architecture, including the work of Eero Saarinen, whose credits include GM’s famed design studio in Warren, Mich.

The interior, comprising materials crafted by hand, features reclining executive seats at the back.  Cadillac

Inside the Celestiq, a 55-inch LED display stretches from door to door, with technology that blocks the view of the front passenger’s side of the screen from the driver to minimize distraction. Debellis calls the cabin “incredibly airy and modern” and notes the reclining executive rear seats and the glass roof, which uses suspended particle device technology that enables four different zones of variable lighting, from transparent to fully opaque—a welcome feature in hot and sunny climes. Debellis also says that while details have yet to be announced, the interior materials are crafted by hand and “make use of several sustainable and socially conscious design practices.”

Although many EVs are shifting to cab-forward designs, the Celestiq has a strong cab-rearward stance.  Cadillac

An upcoming model based on the Celestiq is slated for production by late 2023. Reports are that the price will be in the neighborhood of $300,000, but Debellis promises more details on the vehicle later this year. We hope that many of the show car’s elements, including the tinted glass roof and the instrument panel, make it to the showroom floor. Meanwhile, the Cadillac Celestiq concept will be on display at a private event during this month’s Monterey Car Week.

Click here to see all the photos of the Cadillac Celestiq concept.