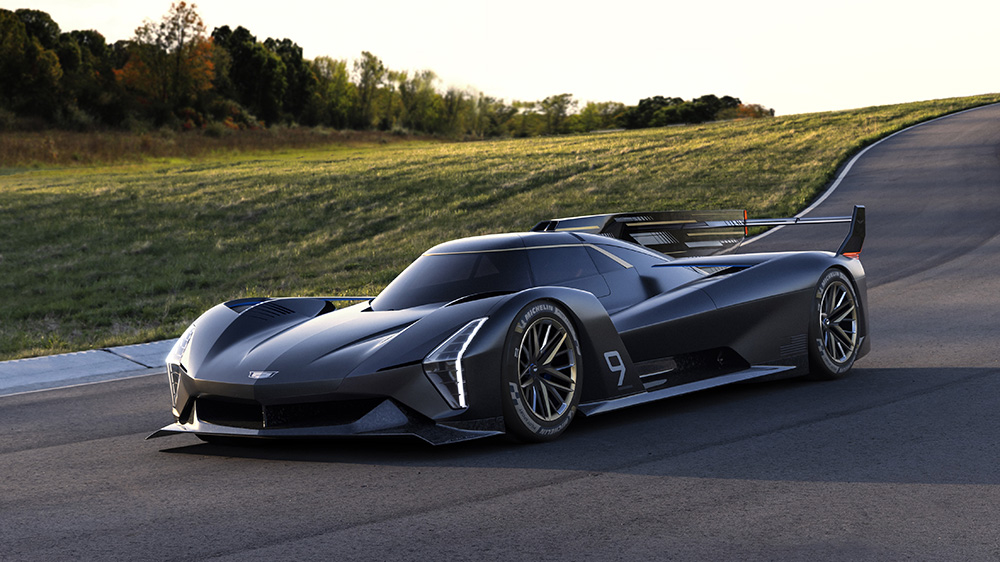 Cadillac’s new endurance race car looks like it would be just at home in Gotham City as it would on the track.

General Motors’s luxury marque unveiled the Project GTP Hypercar on Wednesday. The Detroit automaker says it plans to start testing the dazzling racer soon with the aim of competing in the new LMDh prototype class next year.

The all-black track car looks more like something the Caped Crusader would drive than Elvis. Set low to the ground and with a wide track, it has a bubble cockpit—similar to that found on the Batmobile in Tim Burton’s Batman movies—and a giant rear wing. It looks like an endurance racer, of course, but its more angular lines and vertical lights in both the front and back reference the brand’s current design language and will help separate it from the cars it’s competing with.

As wild as the Project GTP Hypercar may look, what’s most relevant to its racing prospects is what’s sitting in the engine bar. In this case, that’s a 5.5-liter DOHC V-8 paired to the LMDh common hybrid system. The mill is apparently “brand new” and different from the 5.5-liter DOHC V-8 found in the Corvette C8.R race car, according to Road & Track. It’s unclear how powerful it will be, but LMDh rules limit the power being sent to the rear axle to between 644 hp and 697 hp.

Unfortunately, we’re all but certain the brand has no intention of ever producing a street-legal version of the GTP Hypercar, especially as it begins to embrace electrification. Still, the brand suggests that elements of its design could filter their way into the brand’s lineup in the years to come.

“The Project GTP Hypercar is a unique convergence of form and function and showcases Cadillac’s future performance aesthetic,” Cadillac’s lead of exterior design, Chris Mikalauskas, said in a statement. “We have plenty more to come, from the upcoming race car to amazing production vehicles.”

While you won’t get to see the HTP Hypercar on the highway anytime soon, you will get to see it on the track. Cadillac will begin on-track testing this summer and plans to enter the race car in the 2023 IMSA WeatherTech SportsCar Championship and FIA World Endurance Championship, which would see it compete in the 24 Hours of Le Mans. If everything goes to plan, it will make its competitive debut on American soil at the Rolex 24 at Daytona early next year.