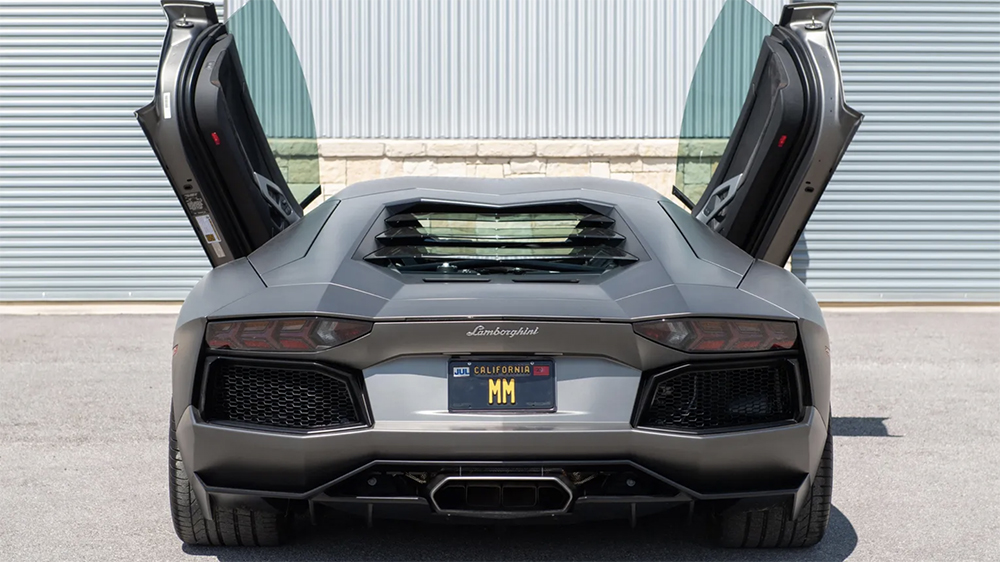 And you thought buying a brand-new supercar was expensive.

An extremely rare license plate with the letters “MM” on it is currently up for sale in the state of California for $24.3 million. And because it’s still 2021, you aren’t just buying the plate, you’re also buying its matching one-of-a-kind NFT.

There are over 35,000,000 registered vehicles in the state of California, each of which has its own unique license plate with anywhere from two to seven characters. Of these, two-character plates are the rarest, especially two-character repeating plates like “MM,” according to the “MM” plate website (h/t DuPont Registry). There are only 35 two-letter plates, making this license plate literally one in a million.

If you’re wondering if the buyer will even be able to use the plate, the answer is yes, but only because of a relatively recent change to the state’s Special Interest License Plate Application. In 2017, the California DMV updated Form Reg17 to include the option to “release interest to a new owner.” Before that change, the plate could only be transferred to another of the original owner’s vehicles, but now it can be sold and the buyer can use and register it on their own vehicle.

The “MM” license plate is currently available for purchase on OpenSea, a popular digital art auction space, for 5,888 ether, which is the equivalent of $24.3 million. That’s because you’re not just buying the plate and the right to transfer it to your own vehicle, you’re buying its matching non-fungible token. Why an NFT? Because both the plate and digital artwork are both completely unique. The token also acts as a proof of authenticity and ownership, with its QR code ID number both inscribed on the back of the plate.

The NFT’s QR code and Token ID are inscribed on the back of the “MM” license plate  MMPlate.com

“Just like NFTs, license plates are exclusive by nature, always 1 of 1,” the OpenSea listing says. “The pairing of these two rarities was inevitable. This minting has established provenance, and hopes to inspire an entire community around an aftermarket buying/selling desirable license plate configurations.”

It remains to be seen if someone will bite and spend the cash on “MM,” but if they do, they will be able to claim ownership of the world’s most expensive license plate. Currently, that honor belongs to an Abu Dhabi license plate with the number “1” which sold for $14.3 million in 2009. The most expensive one in the US is a Delaware plate with the number “11” that sold for $675,000 the year before.