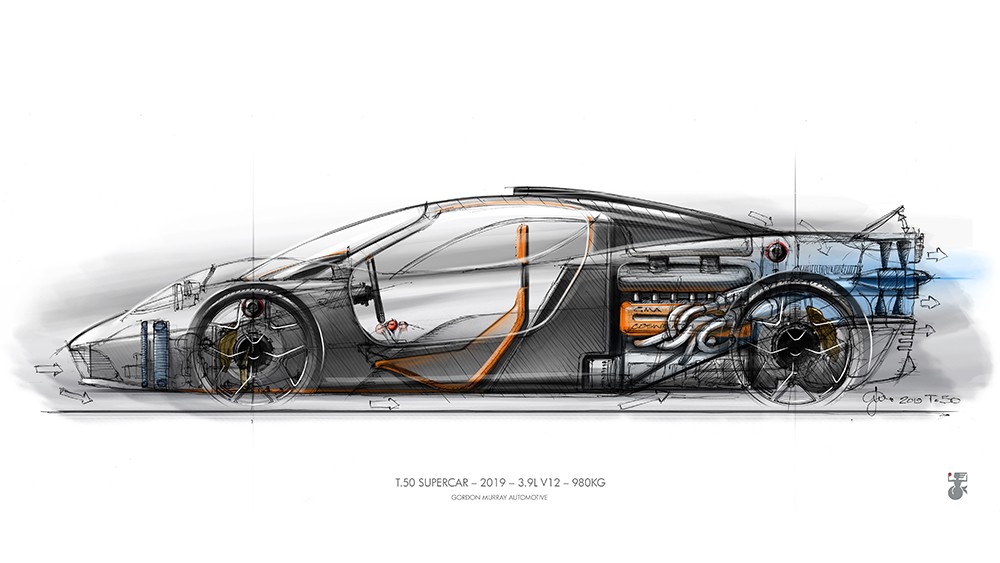 When legendary car designer Gordon Murray announced plans to release a new supercar called the T.50 earlier this year, car buffs went bonkers. And who could blame them? After all, the designer responsible for creating the McLaren F1, the most super of supercars, had something new up his sleeve. And now we know that the new supercar will be available in North America, thanks to a partnership between Murray and Canepa.

On Tuesday, Gordon Murray Automotive announced that the collectible car dealer will be the exclusive North American representative for the T.50 when it ships in 2022, according to a press release. The TL;DR is that one of the most respected names in the collectible car world will oversee all areas of customer service—including sales, importation, maintenance and warranty—for the supercar when it makes its way to the continent early next decade.

“Cars are meant to be driven, and this may be one of the most exciting road cars ever designed,” founder Bruce Canepa said. “I am both honored and excited to be a part of this amazing project.”

First announced in June, the T.50 will commemorate Gordon’s 50 storied years in the industry. The spiritual successor to the F1, the supercar will be an ultra-light three-seater with fan-assisted aerodynamics, a six-speed manual transmission and a Cosworth-designed 3.9-liter V12 capable of producing an extraordinary 12,100 rpm and 650 hp. To punctuate a career dedicated to pushing car performance to its limits, Murray said he aimed to create the ultimate driver-focused supercar at a time when more and more aspects of driving are being turned over to computers.

“We expect this to be the last—and the greatest—‘analog’ supercar ever built,” Murray said at the time.

Of course, promises this big tend to come with equally monumental price tags, and the T.50 is no different. According to early reports, the designer’s latest supercar will be available for $2.5 million before tax.