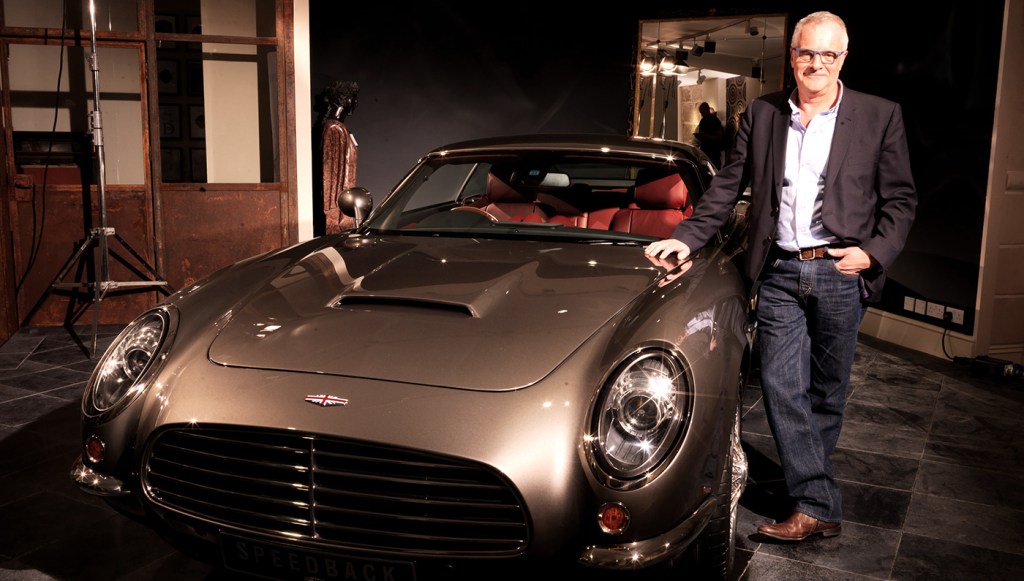 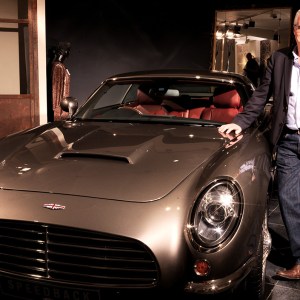 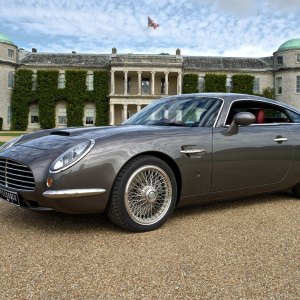 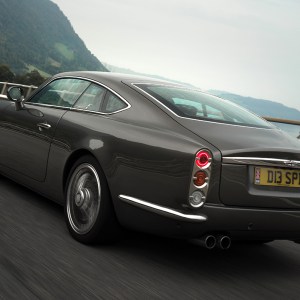 David Brown Automotive’s Speedback GT is a breach in the space-time continuum—a front-engined embodiment of the Sixties that pairs today’s top-tier technology with the hand-honed craftsmanship of bygone coachbuilders. Reflective of this uncommon confluence, no more than 100 examples will be made, each starting around $773,000 and requiring about 3,200 man-hours to complete.

RobbReport.com recently spoke with the British marque’s eponymous entrepreneur about the transcendent tourer and his drive to create contemporary classics.

RobbReport.com: What is your background in the automotive industry?

David Brown: I have been involved in all sorts of vehicle manufacturing ever since I was a child really. My father started a company that produced earth-moving equipment and had a long association with Caterpillar as its supplier of power trains. In terms of manufacturing, it was obviously very different from creating a Speedback GT, but nonetheless, many of the principles are quite similar, particularly as they relate to specialty low-volume production.

RR: What was it about the 1960s that inspired you and, in turn, the Speedback?

DB: It was an era of liberation. Immediately following the Second World War and into the Fifties, society was still recovering from austerity. But by the Sixties, people could feed themselves, they could express themselves in a different way, and most had more leisure time. As a consequence, there was an explosion of ideas—a revolution that came about in music, art, design, even sexuality. The styling of cars from back then was a reflection of that change. I think of the big flowing lines and sensuous curves of the Ferrari short-wheelbase 250 and the Jaguar E-Type, as well as the Aston Martins, Maseratis, and Lamborghinis of that period—which are some of the world’s most valuable cars today because they are so pretty.

Inspiration for the Speedback came from a couple of personal realizations. Some years ago I was participating in a classic car rally in the south of France and a friend had loaned me his Ferrari Daytona. It was the car I had wanted since I was a kid, so the opportunity was a dream come true—until I drove it. The disappointment was something that stayed with me. It was like driving a truck—it was hot, noisy, and heavy, with performance that was just average by today’s standards. Fortunately, it broke down and I hired a little Peugeot 106 and thought, “Bloody hell, things have moved on a bit.” I had a stereo, brakes that worked, and air-conditioning. There was a massive contrast between the technology found in both vehicles, and it made me think about how nice it would be to combine the contemporary features we take for granted now with a style reminiscent of that earlier period—that is how the Speedback was born.

Along with the emotional side, there was also the practicality of modern manufacturing, particularly when it comes to low-volume, hand-built cars. And this is especially true with measuring ability. When we first started on the car, we made a clay model and actually created subtly different shapes for each side and then chose our favorite. We then digitally measured that side, mirrored it, and used that digital information to produce the wooden hammer forms that the aluminum is built around. It was that process of coupling modern technology with the craftsmanship of yesterday that really appealed to me.

RR: Some have likened the Speedback’s body style to the Aston Martin DB5. Did you model it after any existing automobiles?

DB: No, if you see the two side-by-side they are as different as chalk and cheese. I would like to think the Speedback stands out in its own right. We didn’t choose a particular car stylistically; in fact, when we went into the design studio we had no images of automobiles on the walls, only pictures of Riva speedboats and Sophia Loren. We also listened to a soundtrack of ’60s rock, finishing up with Led Zeppelin’s Dazed and Confused—that is the way we came up with the design.

What people see depends on their frame of reference. Some in Germany may see the front of the car and think that it looks like an old Porsche, Italians may think it looks like a Ferrari, and those in the UK may be reminded of an Aston Martin. There is even a deliberate element of American muscle car in the back end and in the way the rear-wheel arches are flared out, so there are many different influences.

RR: And the power train and chassis?

DB: We chose the Jaguar XKR power train and chassis because Jaguar’s supercharged V-8 is easily my favorite engine in the world. Produced in massive numbers, it’s reliable, has tremendous performance, and has very low-down torque, which gives you that effortless GT touring feel that I wanted—it was a no-brainer. And the chassis is a series of aluminum castings that are welded, bonded, and glued together—which gave us the perfect base to attach our bodywork and interior. It was a marriage made in heaven.

In many ways, what we do is what the coachbuilders of yesterday did. Automotive manufacturers in the early 20th century would build the power train on a chassis and ship it off to one of 20 or 30 different coachbuilders who would then design, style, and create their signature bodywork on top. We are a modern version of those artisans.

RR: You have mentioned that the Speedback GT encapsulates all that you hold dear in style, quality, and performance—how so?

DB: I think the Speedback’s styling is timeless in the sense that the ’60s aesthetic has endured and is still thought of as beautiful. The performance of the car is exactly what I think defines a genuine GT. It’s not a track car, but one that you could happily drive 1,000 miles in a day and then step out of without feeling like you were beat up by Mike Tyson.

RR: Collaborating with Alan Mobberley, how involved were you specifically with the overall design and development of the car?

DB: I was totally involved. In terms of the overall design and the emotion that lies in the look and the feel, that came from me. But there were numerous elements that I wanted to make sure we got, and I needed someone skilled in the art of incorporating those components. Alan was the person that was able to make it happen.

RR: What are some of the hidden gems that you really want people to notice?

DB: I wouldn’t be able to pinpoint one thing. I love our side strakes with the integrated indicators. When the first one arrived, it was just a beautiful piece of metalwork to hold and caress. The interior is another aspect—the way it so seamlessly sits as one. And then there is the front. You have this great-big powerful bonnet, but you can clearly see the tops and corners of the wings, so it’s an easy car to position in traffic. Those are just some of the gems that make me smile.

RR: What has been the Speedback’s reception so far?

DB: I just drove it today from the north of England down to the Midlands and there were traffic delays, so many people pulled up alongside me and gave the thumbs-up sign or put the window down wanting to talk about it. One of our first customers didn’t want a contemporary sports car that was angular and aggressive because they felt that if you drive a car that is styled in that way, you get that reaction back. With the Speedback GT, everyone just smiles, points, and says, “Ah, brilliant.” One of the pleasures of ownership is the reaction you get from other people and it’s always, without exception, heartwarming.

RR: As you are planning to build no more than 100 examples of the Speedback GT, what is next on the horizon for David Brown Automotive?

DB: We have got a number of ideas that we are looking at. All of them are based on the philosophy of capturing the essence of a specific period in time and crafting it in a contemporary way—but that’s all I’m saying.