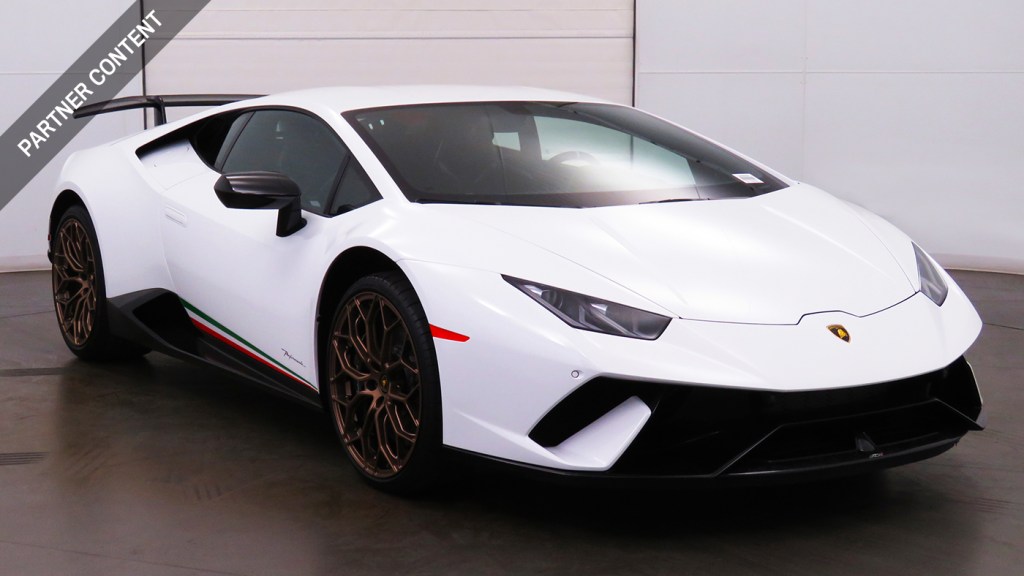 As its name suggests, the Lamborghini Huracán Performante is a hurricane of performance. The supercar garnered considerable attention at Robb Report’s recent Car of the Year competition, where it dazzled judges with its 5.2-liter, naturally aspirated V10 engine churning out a mighty 640 hp and a chest-rattling engine grunt that is pure Lamborghini. (The results of that competition will appear in the February 2018 issue.) Most notable among the elements distinguishing this upgraded model from the standard Huracán sports car are the supremely refined aerodynamics, an advanced air-intake system, and a spacecraft-like application of forged carbon composites, making the Performante almost 90 pounds lighter than the Hurácan.

Of course, with a car as hot as the Huracán Performante, Lamborghini has already sold out of its initial production, with a considerable backlog of orders from eager owners-to-be. Prospective buyers should contact Robb Report’s partner Penske Automotive Group, which has a robust inventory of luxury vehicles. One example includes this Huracán Performante, which is painted Bianco Monocerus, a striking but not flashy shade of white, with an interior in black-and-white Nero Ade that will make drivers feel like Batman in a tuxedo (aka Bruce Wayne). The seats are made from carbon fiber and the cockpit is swathed in Alcantara, with accents of carbon with a marbleized aesthetic. The ride from the cockpit feels surprisingly comfortable for a Lamborghini, but make no mistake: With the throttle open and pedal to the metal, the Huracán Performante is as raging as any bull to come out of Sant’Agata.

The list of engineering innovations enabling the car’s staggering performance reads like a NASA technology brief. The engine of the Huracán Performante was designed with fluid dynamics optimized at both the exhaust and intake, the latter of which Lamborghini sourced from its motorsports division. The car’s cutting-edge active aerodynamics system, called Aerodinamica Lamborghini Attiva, automatically adapts to the driving style and route by either increasing vertical load to aid stability and speed through curves or reducing aerodynamic resistance to improve acceleration. Other Performante enhancements beyond the standard Huracán include a double-wishbone suspension with magnetorheological shock absorbers; an optional Lamborghini Dynamic Steering with an adaptive ratio for more direct response; the 7-speed Lamborghini Doppia Frizione dual-clutch transmission, which acts like two gearboxes in one by opening one clutch while closing the other to reduce shifting time; and superior Pirelli P Zero Corsa tires.

The sum of these innovative parts is one of the fastest production cars Lamborghini has ever produced. But because of the Huracán Performante’s appeal and rarity, any examples on the market will be quickly sought. Prospective buyers are encouraged to move swiftly and to browse the entire Penske Automotive Group inventory of luxury vehicles.