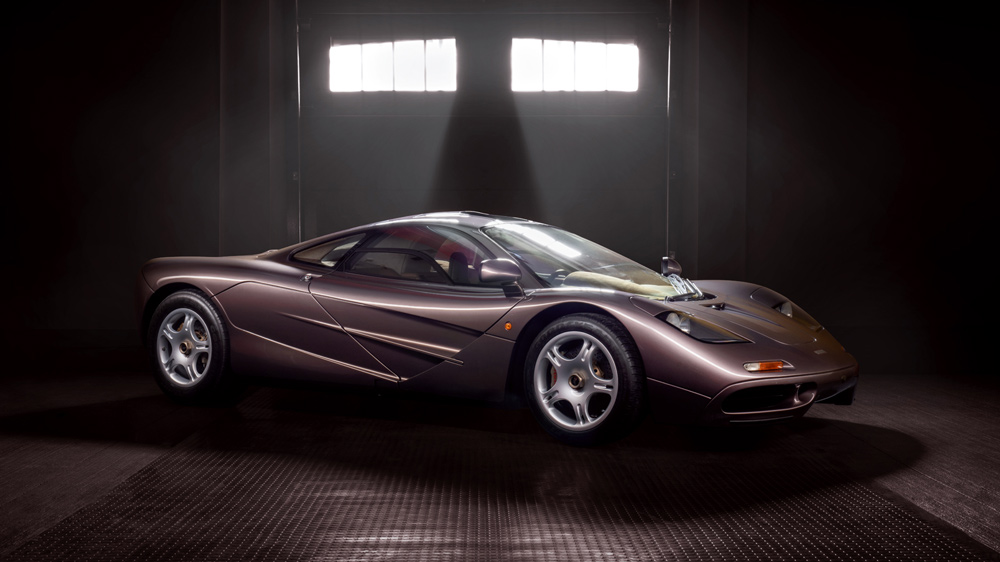 There were only 106 examples ever built and, for the past ten years, every time one of them comes to market, I put on a lobster bib and serve myself a hungry-man-sized bowl of crow. That’s because I recall writing, in the early 2000s, that no car made after 1973 would ever achieve the significance or market value on par with the shining stars of the collector-car pantheon of the proceeding years.

Automobiles from Ferrari’s 250-series golden age, competition Porsches, Aston Martins and Cobras, not to mention the prewar European and American coachbuilt masterpieces, are the lynchpins of important collections. Imagining a thoroughly modern sports car—however rare—catapulting itself into the eight-figure stratosphere was unthinkable at the time.

That was then, and this is now. Inarguably, the most coveted automobile made within the past 50 years, Gordon Murray’s McLaren F1 is also the most fastidiously engineered car of the 20th century. Of the 106 examples produced between 1992 and 1998, 65 of them were road-going versions and the rest were made for competition in various states of tune and trim. What set the McLaren F1 apart was the designers’ no-compromise approach to both its concept and its execution. Gordon Murray and Peter Stevens realized a three-seat Formula 1 racer for the road; a car delivering speed, finesse and safety in a package that looks as modern today as it did when Murray envisioned it in 1988.

Of the 106 examples produced between 1992 and 1998, 65 of them were road-going versions like this one.  Photo by Mike Maez, courtesy of Gooding & Company.

The McLaren’s carbon-fiber monocoque chassis—the first in a street car—supports a mid-mounted BMW 6.1-liter V-12 engine that makes 627 hp. For many years the world’s fastest production car, the 240-plus mph McLaren F1 remains one of the most highly valued automobiles in the world. Evidence of this is the fact that the example highlighting Gooding and Company’s 17th annual Pebble Beach Auctions, on August 13 and 14, is expected to fetch in excess of $15 million.

Mounting the steering wheel in the middle of the cockpit helped Gordon Murray and Peter Stevens realize a three-seat Formula 1 racer for the road.  Photo by Mike Maez, courtesy of Gooding & Company.

This Gooding & Company lot is an unrepeatable offering: a nearly shrink-wrapped 1995 McLaren F1 that has been barely seen in public and is unique among the handful of F1s ever made. For most of its life, chassis No. 029 has been secreted away in a private Japanese collection, where it was carefully maintained and rarely driven.

With only 390 km (242.3 miles) on its odometer, the description “rarely” understates the fact that this is an almost as-delivered example, still wearing its original, date-coded Goodyear Eagle F1 tires. The car’s current US-based owner and consignor has continued to preserve the car in its original state, and it’s hard to imagine this jewel’s next custodian not doing the same.

The 240-plus mph McLaren F1 remains one of the most highly valued automobiles in the world.  Photo by Mike Maez, courtesy of Gooding & Company.

The 25th road car of the model built, this McLaren’s exterior and interior color scheme expresses the refined taste of its original owner, and is the only F1 delivered in Creighton Brown, a special color named after the executive who was instrumental in establishing the McLaren Cars company. The light tan and dark brown leather interior perfectly complements the soft brown metallic paint, a combination that elevates an already exquisite design to the status of pure art. Such a description isn’t hyperbole, because whoever acquires this masterpiece will have a weighty responsibility. Not unlike a bird-of-paradise in a gilded cage, the rarity and pristine condition of this low-mileage McLaren F1 assures that it will likely remain undriven, preserved as a reference example for posterity.

However, the future owner can take comfort in the fact that, in the event it’s taken on the road, he or she needn’t worry about the position of the steering wheel. Sitting in the center, with a passenger seat to the left and right, the lucky driver will feel equally at home in the US, the UK or anywhere a long stretch of pavement invites this rara avis to soar.