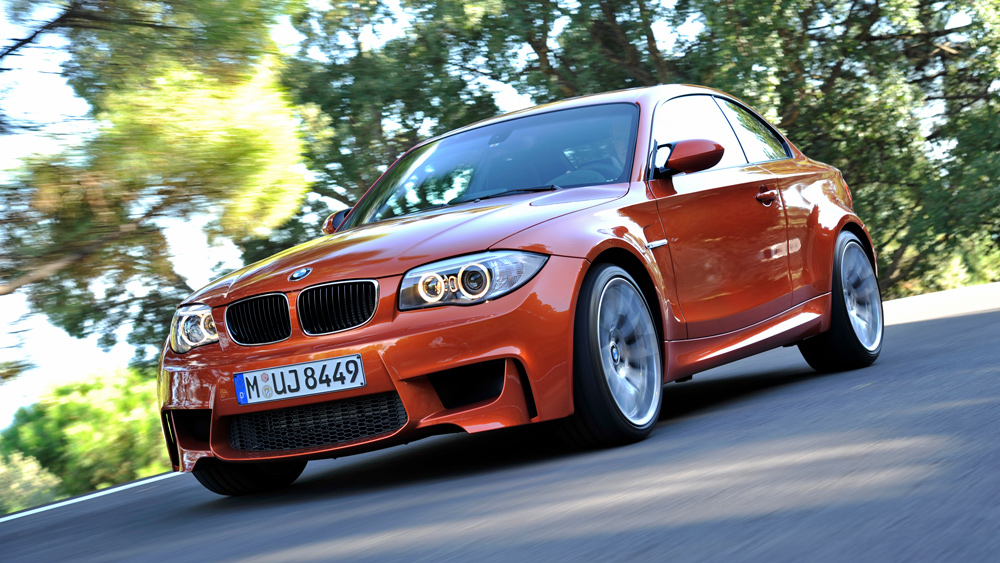 Sometimes magic happens in a flash. Pop culture’s history is punctuated with platinum hit songs from groups that were literally one-and-done, but whose influence on music was huge and sent ripples in the industry that were felt for years. In the case of automobiles, there are plenty of similar examples: models whose legendary reputations are the result of brilliant design, powerful performance and extreme rarity.

Limited to a single year or two of production, cars like the 2005 Ford GT and 2016 Porsche 911 R are more desirable today than they were when new. Another outlier is the 2011 BMW 1 Series M Coupe, known to BMW enthusiasts as the E82. It was only manufactured for one year, and barely got made at that. So far, however, it has turned out to be one of the most loved BMWs of the 21st Century.

Sure, BMW’s Z8 is a collector icon, but it’s fragile, expensive and more about retro-style than performance. To understand why the 335 hp BMW 1 Series M Coupe (not to be confused with the mid-engined M1 from 1978 through 1981) is so special, one only has to measure BMWs throughout the years.

The BMW 2002, which we’ll talk about in a future Car of the Week installment, was BMW’s first two-door sports sedan. Eventually, its successors, through a clever marketing campaign, proved the Bavarian automaker’s claim as the Ultimate Driving Machine, at least in the minds of the marque’s enthusiasts. Beginning with the M3 (E30) in 1986, things got serious. And the more serious things got, the bigger BMWs became.

By the 1995 iteration of the M3 (E36), it had grown to about the perfect size for a sport sedan, offering nimble handling with a smattering of luxury. It was 175 inches long and 67 inches wide, had a 106-inch wheelbase and weighed 3,175 pounds. Its inline-six engine made 240 hp in North American models—about on par with a contemporary Porsche 911 Carrera—and was a sweet little performer for its time.

Like a pot-bellied pig, earlier BMWs were like the piglets—cute and manageable. The later E36 was just about right, but eventually, the added weight and size becomes a burdensome reminder that—like many of their owners—the attractiveness (of BMWs and the porcine pets) wears thinner as they get fatter.

The V-8-powered two-door E92 M3, made from 2007 to 2013, remains a collectible in its own right. Perhaps most interesting is that BMW M engineers chose to develop the smaller, track-oriented 1 Series M Coupe using plenty of E92 M3 parts. And if there ever was a sweet spot, the 1M tickled it.

With a stance that mimics a musclebound pika, the short, squat 1M shares the broad-shouldered 71-inch track of the M3 but, at 172 inches, is 10 inches shorter. At 3,296 pounds, it is also about 600 pounds lighter, which, whether we’re talking cars or pot-bellied pigs, is a huge number. With the brakes and suspension of its big brother, the car has a body that features wide, flared fenders and is as exaggerated in its proportions as a bodybuilder. A 1M gets thumbs up from BMW fans even today, to which I can attest (with full disclosure as an original owner with no plans to sell his car).

A total of 6,309 examples were made through June of 2012.  Photo by Tom Kirkpatrick, courtesy of Bayerische Motoren Werke AG.

Under its short hood is BMW’s N54 engine, a 3.0-liter inline-six that develops 335 hp and 332 ft lbs of torque, or more urgently, 369 ft lbs with overboost from the twin turbochargers. Hitting the near 7,000 rpm redline is a hoot, but in reality, all the heavy lifting is done at a third of those revs, and the fun factor kicks in the minute one hits the gas. A zero-to-60 mph time of 4.7 seconds is plenty respectable today, but number crunchers miss the boat and don’t even deserve this car. With the 1M, it’s all about the drive.

And that drive is addictive. I don’t use drugs, but maybe that’s because I have a 1M, and any other stimulus is overkill. The M forgives my limitations, remains sure-footed and responds more quickly than this driver ever will. As impressive as its engine are its brakes, and the steering . . . oh the steering; it’s the best of the best, and puts this driver in a comfort zone unequalled by any other car in my stable.

Haters will—relying on theory and not experience—excoriate the electric power steering that replaces a traditional hydraulic system, but they would be wrong. The 1M will read your mind with its intuitive steering feedback. Of course, it also has a mind of its own, understeering at the limit. But none of its shenanigans diminish the fact that this car is a corner-carver par excellence. The M4 CS that I use as a daily driver is a school bus by comparison.

When new, the car, which features a six-speed transmission, offered heated seats and navigation functionality among its very few options.  Photo by Tom Kirkpatrick, courtesy of Bayerische Motoren Werke AG.

As it was only made for the 2011 model year, BMW’s 1 Series M Coupe is a relatively rare car. Initial production was planned at 2,700 examples, but demand forced the Munich automaker’s hand and, eventually, 6,309 were made at the factory in Leipzig through June 2012. Importantly for Stateside buyers, 740 were sold in the US, with another 220 going to Canada.

The car sold for about $45,000 new, and offered few options. Apart from navigation, heated seats and Xenon headlamps, there wasn’t much to add. Shifting was only by way of a six-speed manual transmission, and paint was either black, white or Valencia Orange—the latter being a rusty metallic that is the model’s signature color. A couple of examples got sprayed in blue and green, but don’t hope to find those anytime soon.

This BMW lives in that nether region that separates a collector car from a modern automobile. Any car more than a decade old is the former, and the 1 Series M Coupe will soon be that. Still, it handily keeps up with the best and brightest of today’s models. Truthfully, anyone looking for the performance deal of the century will simply order a new BMW M2, and an M2 CS if they can find one. Those cars are the evolutionary successors to the 1M, and are certainly the most pure and unadulterated BMWs made today. Current values are greater than that model’s MSRP when new, so expect to pay north of $50,000 for any decent example. The cars have no Achilles heel, and can serve owners well north of 100,000 miles.

Whether the 1 Series M Coupe will remain as desirable in another decade as it is now, remains to be seen. Currently, it’s a benchmark and an historic marker for the BMW brand, and it’s hard to imagine a car that performs more brilliantly, looks as great, is as reliable and offers such a pure analog driving experience. But I’m biased. As it so happens, online automotive auction house Bring a Trailer has what appears to be a fine, one-owner, 24,000-mile example in Valencia Orange for sale at present—just in case you’ve been convinced.