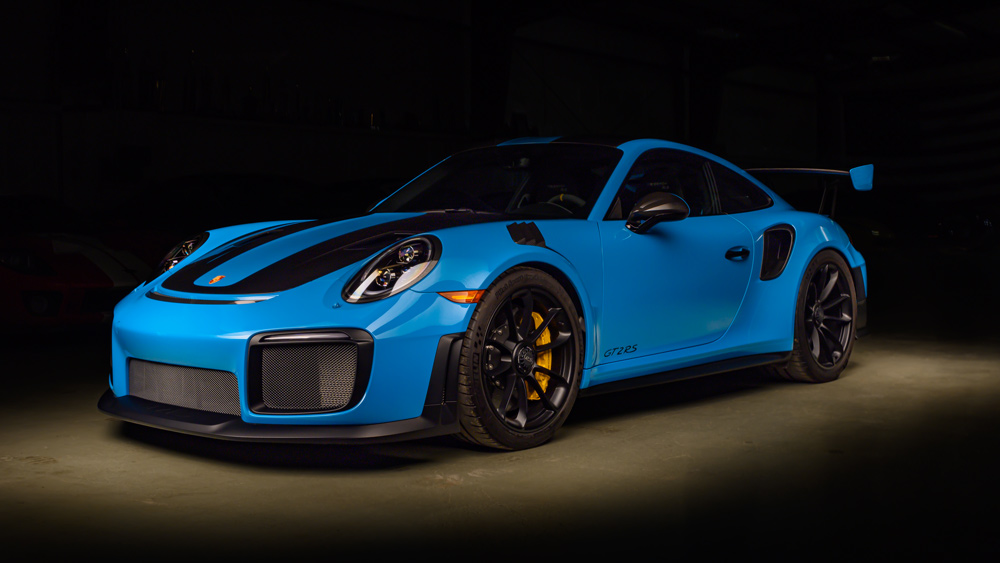 Photo by Shawn Brereton, courtesy of the Market by Bonhams.

Over the past two years of the pandemic, the car-collecting landscape has actually expanded, opening wide new vistas for buyers and sellers alike. Initially, none of us knew quite what to make of things, imagining like Henny Penny that the sky was falling. Suddenly, the skies opened, the storm clouds parted and, now, everybody seems to be buying . . . everything. Nowhere has the frenzied feeding been more evident than with late-model supercars, and among those, Porsche is right at the top of the wish list for most enthusiasts.

This 2019 Porsche 911 GT2 RS is one of the first offerings in the inaugural online sale from the Market by Bonhams, a new digital-auction platform launched today in the US. Bonhams holds dozens of motoring auctions around the world on an annual basis, but this is its first foray into the dedicated online space. Clients of the Market will enjoy a streamlined process, featuring no buyer’s fees and a flat seller’s commission of 5 percent (capped at $5,000). Each week-long sale offers transactional transparency and the convenience of buying and selling cars without the structure of a traditional, fixed-auction calendar.

The 911 GT2 RS model variant is the most recent iteration of Porsche’s extreme GT car, launched in 2017 and built through 2019. Based on the 991 series Turbo, it eschews all-wheel drive, is lighter and is utterly track focused, making it the most powerful production 911 of all time. And while the forthcoming 992-generation cars will ultimately up the ante, they will also be larger and, likely, less elemental. All of this adds up to the fact that the example crossing the virtual block is an instant collectible, and it shows no sign that the luster has dulled.

The low-mileage 911’s pristine interior.  Photo by Shawn Brereton, courtesy of the Market by Bonhams.

Nothing succeeds like excess, and so this example is equipped with the Weissach Package, a $31,000 option of which 1,000 of this variant were equipped. Incorporating the use of carbon fiber for the roof, anti-roll bars and coupling rods on both axles, along with titanium and magnesium for the roll cage and wheels, respectively, the package reduces the car’s 3,241-pound weight by about 40 pounds.

Fit with a 700 hp, 3.8-liter twin-turbo flat-six engine, the car is also equipped with the $31,000 Weissach Package.  Photo by Shawn Brereton, courtesy of the Market by Bonhams.

While a surprising number of GT2 and GT3 owners keep the miles off their cars, the sole owner of this one kept it virtually brand new, with only 363 miles on it. The car is presented in the popular-but-rare Miami Blue paint scheme to show off its bold shape and carbon-fiber components. Bidding begins today and closes on January 31.