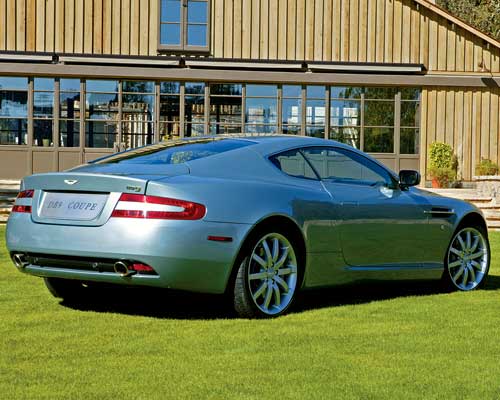 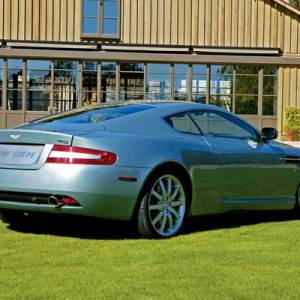 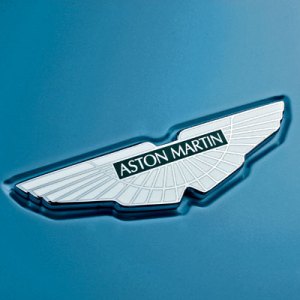 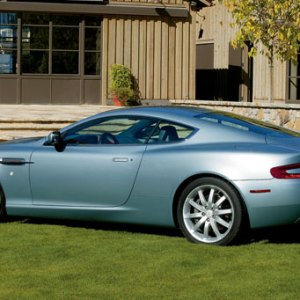 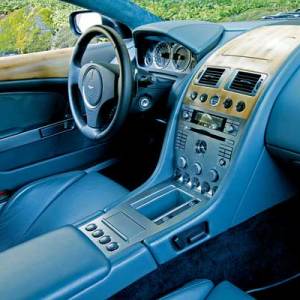 Once in a rare while there appears an automobile that has it all and will go the distance, and then go beyond the farthest horizon. It must be born with a magic and with a design of perfect proportions that offers visual satisfaction from any elevation or angle. There will be hints of heritage in its shape, but no distracting shouts from the past. At rest, this vehicle will appear restless, and on the move it will be merciless.

One just knows that generations from now, such an automobile will be wearing ribbons on a lawn at Pebble Beach, for on the lawn fronting the barns, green pines, and vine-laced slopes of the Napa Valley Reserve, Aston Martin’s DB9 was the one car among a baker’s dozen of the world’s best that made this magnificent California backdrop fade to bland.

Approval was instant. First into the car was Theresa Panzer of Malibu, Calif., who acquired a place at our annual Car of the Year auto fest through a charity auction sponsored by the Los Angeles Children’s Lifesaving Foundation. “I’m in love,” she bubbled after a 15-minute drive along the Silverado Trail and its twisty surrounds.  “I’m totally in love.”

From then, through the morning and into an only mildly contentious evening, the yeas ascended steadily over the nays, with a surprising majority of judges finally nodding and noting their mandamus for the British-built DB9 as our Car of the Year.

Or maybe it should not have been surprising. For despite some felonious faux pas and clumsy cars of the mid-’70s and early ’80s (when Aston’s then-new management tried merging its product with Lagonda), Aston Martin has been building illustrious sports cars since 1914.

With its 6-liter V-12 engine that is good for 450 hp and a full gallop nudging 190 mph, the DB9 is probably the only car capable of threatening the performance and emotional allure of anything from Ferrari. This is not a coincidence. During research and development of the DB9, Aston Martin obtained a Maranello 550 and took it apart to see what makes it tick, and what makes it roar.

Like the legendary scarlet cars from Maranello, the DB9 displays exquisite performance-oriented styling nuances—from dimensions of gentle bulk through a grille honoring its competition history to the tail end’s tuba-sized tailpipes. And all of this technology and sophistication and hand craftsmanship is offered for tens of thousands of dollars less than the price of a Ferrari.

The DB9 also is the car of the company’s future, serving notice on the luxury sports car business that Aston Martin is back and to beware. It is no longer a cottage industry in sleepy Newport Pagnell, where the main street actually ran through the plant. Under the relatively new leadership of Ford, Aston Martin has been resuscitated and transformed into an aggressive, advanced, high-value, highly styled company that builds showcase cars from an ultraneoteric, 900-acre factory and development center at Gaydon, England.

Here the car is built with an aluminum frame that is durable, rigid, strong, and 25 percent lighter than the old DB7’s. Aluminum body panels are bonded to the frame, eliminating all rattles and squeaks. Other panels and parts are composite, magnesium, and carbon fiber. Crash testing was conducted by Volvo, another member of the Ford family. Transmission is 6-speed (with rear positioning of the transaxle guaranteeing a perfect, 50-50 weight ratio) with a full automatic mode and paddle shifting by wire. All of these mechanicals are derived from the Ferrari system.

An attention to detail is evident throughout the cabin, which is unquestionably the best in its class, maybe among all classes. Aluminum is the trace element and is used for door handles, dashboard trim, and instrument dials. Those dials, incidentally, are floodlit rather than backlit to increase nighttime illumination. The tachometer needle rotates counterclockwise, because that is how the needles on Aston Martin’s Le Mans cars moved.

Rather than plastic for the engine start buttons, the DB9 employs crystal, with the Aston Martin wings sand-etched into the surface. A thoughtful  designer decided that the button must be especially appealing because it is the first point of contact between driver and engine.

Upholstery leathers come from Bridge of Weir in Scotland, because traditional Connolly hides were not considered soft enough. The trim on the dash and door caps is solid wood because some appliqués can appear tacky.

As impressive as the car’s appearance is, its feel and performance are equally stimulating. In truth, it is more refined, smoother, and much easier on the eardrums and the backside than a Ferrari is. Everything works, with proficiency to spare. The Brembo brakes are big, even, and powerful, and, by all means, pound them as often and as hard as human ankles allow.

Acceleration—particularly in that Bermuda Triangle between 70 mph and 100 mph where so much oomph in lesser cars disappears without a trace—comes on instantly, because every ounce of the V-12’s 420 ft lbs of torque is there for the asking, with about 80 percent available at 1,500 rpm.

The DB9 exhibits a delightful dual personality, as it bellows and blasts on the straights and flats on its way to sixth gear and the potential for a night in a county jail, and then drops to a dawdle for small hamlets with agricultural traffic, feeling as docile as a Honda Accord.

Transmission 6-speed manual with paddle   shifting by wire, and automatic