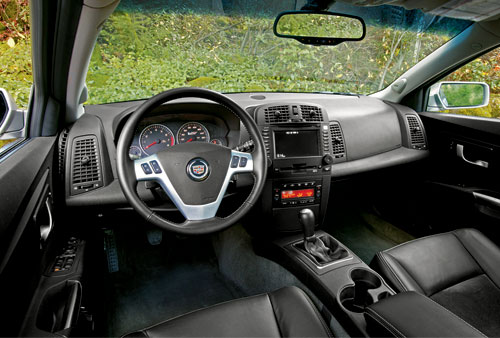 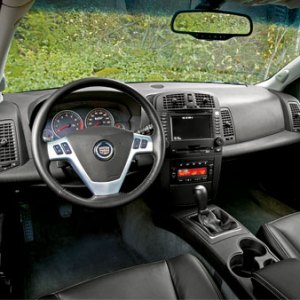 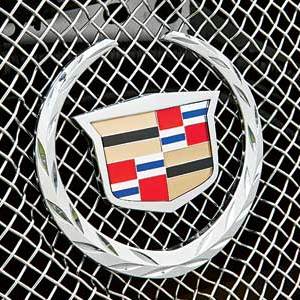 Equating a Cadillac with one of GM’s economy marques might seem like slander, but Car of the Year participant Bill Harlan intended it as a compliment when he dubbed the CTS-V a Pontiac in disguise. “I like it,” Harlan said of the car. “There’s a disconnect between the name of the car and how it handles and drives. This is a Pontiac, not a Cadillac. But everything works very well. It’s a fun car.”

In other words, the CTS-V wearing the Cadillac badge is as confounding as Ferrari releasing an SUV or Aston Martin introducing a pickup truck. For decades, Cadillac had been famous—and at times infamous—for designing big, boatlike sedans that exuded luxury but hardly ever approached sportiness. Even the 2004 XLR, Cadillac’s knife-lined answer to Mercedes’ SL and Jaguar’s XK, is more cruiser than sports car, a convertible burdened by a plump body and an underpowered engine.

The CTS-V represents the first round of a barrage of V-branded vehicles that Cadillac will introduce. The XLR, the SRX sport-utility vehicle, and the STS sedan all will be released in high-performance form as Cadillac attempts to add more edginess to its staid image. In a radical makeover worthy of reality television, Cadillac transformed the small sedan from an entry-level luxury vehicle into a high-revving sports car that begs to be pushed on mountain roads.

To power the CTS-V, Cadillac crammed the Corvette Z06’s 5.7-liter V-8 engine under the four-door’s hood. On the roads of Napa Valley, the 400 hp CTS-V proved to be just as much fun to drive as its sporty sibling. The suspension is configured for performance, which results in a jarring ride over pockmarked stretches of pavement, but the car’s tightness makes it a superb performer in switchback territory. Those who prefer to maintain a low profile will appreciate that Cadillac added only minor exterior updates to the CTS-V, so that only enthusiasts will be able to spot the hot rod among the many base-model CTS cars on the road.

Until now, BMW’s M3 has dominated the sport-sedan segment, but the CTS-V should challenge its reign in a way that no Pontiac ever could.