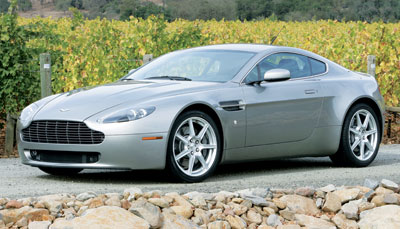 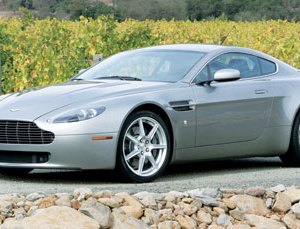 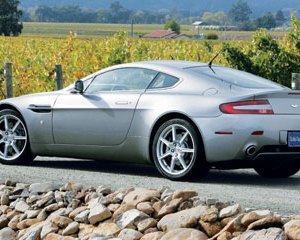 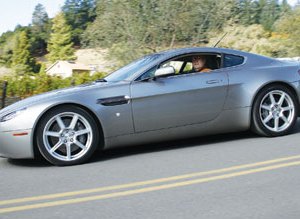 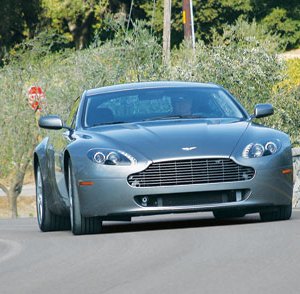 The V8 Vantage upends the notion that an automaker’s most expensive vehicle is its most desirable. According to the consensus of our judges—who last year crowned the Aston Martin DB9 as Car of the Year winner—this two-seat sports GT offers the British marque’s best drive.

The Vantage betters the DB9 and the bespoke Aston Martin Vanquish in a couple of key areas. For one, the V-8 model is smaller and lighter than—and nearly as quick as—its V-12 brethren. The Vantage also is the best-looking member of the Aston stable (a partiality echoed by several judges), but its near-supercar performance swayed the panel as much as its appearance did. “Best overall driving experience,” exclaimed Spring Mountain Vineyard manager Ron Rosenbrand (whose own stable includes a brace of miniature burros). Bill Harlan, invoking terms apposite of his wines, called the Vantage “beautiful, well balanced, well designed.”

Unique to Aston Martins, the Vantage’s signature grille and elegant swan doors (which swing up and out to open) make an indelible impression even before one stabs at the start button. Once under way, this sports car continues to impress by blending excitement with comfort. The high-revving V-8 accelerates viciously and produces exhilarating sounds, and yet most judges agreed with Herb Harris (a Vanquish and DB9 owner), who called the Vantage “a car you can drive every day.”

According to Carl Parmer, the Aston was “the easiest of the sports cars to drive. And I like the clutch.” Indeed, the Vantage’s 6-speed manual gearbox made several friends at the event. The butter-smooth stick shift—a simple and refreshing alternative to some paddle-operated, gremlin-ridden electronic contraptions that clunk, buck, and whiplash their drivers—exploits the V-8 engine’s wide power band perfectly. Why carmakers refuse to heed customer preferences for such gearboxes remains a mystery; not a single paddle-equipped car in our comparison escaped criticism

A few participants criticized the Aston Martin for being too pretty, and in the company of the Corvette, GranSport, and Viper, the Vantage certainly was the beauty queen. Whether a sports car can be so good-looking as to lack character is a debate best left to design focus groups. Regardless, history may prove this littlest of Aston Martins to be the best since the company’s rebirth in the early 1990s. And the development potential of the car’s under-stressed, normally aspirated engine suggests that the Vantage is only going to get better.