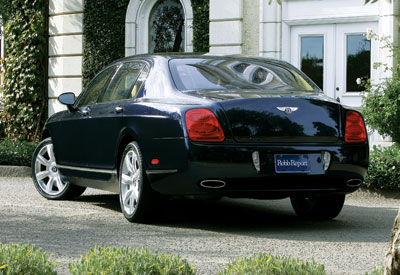 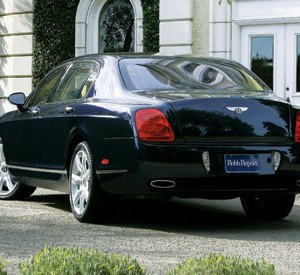 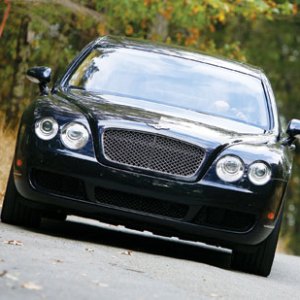 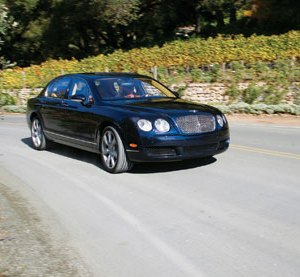 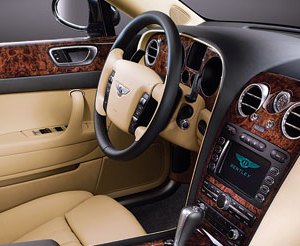 The Bentley Continental GT, Robb Report’s Car of the Year for 2004, has added a set of doors, a Flying Spur appellation, and almost another trophy for the display case in Crewe.

Even when compared directly to the newly crowned Car of the Year, the Ferrari F430, the Flying Spur holds its own. Both cars will max out just shy of 200 mph, given the right combination of straight road and driver impatience, and as Bob Matthews noted, “Handling is as close as you’re ever going to get to a sports car in a sedan.”

Assembled alongside its smaller sibling, the Flying Spur stretches the GT’s qualities into a sedan body that can coddle as many as five passengers, thanks to a wheelbase that is 12 inches longer than the GT’s. The massive 12-cylinder engine, the Quattro all-wheel-drive system, and the hides of no less than 11 bovines all migrated from the GT to the Flying Spur. Although Bentley’s baby saloon also shares several mechanical components with the Audi A8 and Volkswagen Phaeton, it distinguishes itself from those cars in part because it possesses the intangible qualities of history and heritage, a point that car collector Bruce Meyer emphasized. “The coupe and the Spur do a great job of representing the sporting heritage of the marque,” Meyer said.

Luke Thornton was equally impressed, calling the Spur “by far the most complete car in this segment.” But this begs the question: What exactly is this segment? The Flying Spur is priced at a fraction of the costs of the Maybach 57 and Rolls-Royce Phantom, but from a buyer’s perspective, it has more in common with those cars than with a Mercedes-Benz S600 or BMW 760Li. “It offers understated elegance,” said Bob Bailey. “Somebody buying a 7 Series gets something that looks like a 3 Series. With Bentley, you get something unique.” Marie France-Bloch also appreciated the Spur’s subtlety, a characteristic that might set it apart from the Phantom and Maybach. “We wanted a Rolls-Royce, but this is not so ostentatious,” she said. “It’s solid, smooth, and fast, and I can take the kids to school in it.”

Propelled by the same basic W-shaped, 48-valve engine that powers the Audi A8 L W12, the Bentley also has twin turbochargers that blow an additional 102 hp, raising the total to 552 hp. The brawny 6-liter engine transforms its torque curve into a misnomer: It is more like a torque mesa, with 479 ft lbs topping out at a low 1,600 rpm, a brute force that is sustained to the horsepower peak at 6,500 rpm. Mated to a sturdy 6-speed, paddle-shifting automatic transmission, the engine launches the 5,500-pound Spur from a stop to 60 mph in just under 5 seconds. Top speed can exceed 190 mph, which is supercar territory traditionally inhabited by sleek, wedge-shaped Italian sports cars.

Bentley’s blatant disregard for the conventional wisdom of what makes a supercar a supercar could explain why, upon final tally, the Flying Spur’s average score was only three points behind the F430’s. The Flying Spur strikes the balance between luxury and sport, redefining what it means to be a luxury sport sedan. As Todd Thomson said, “It’s like a tank designed by Cartier and powered by Porsche.”