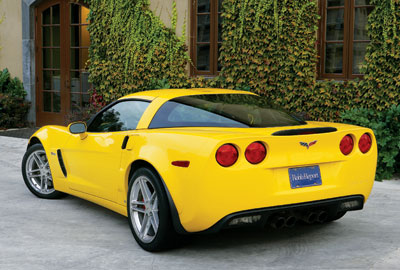 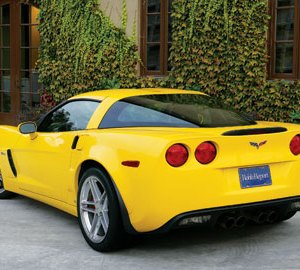 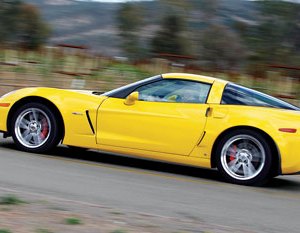 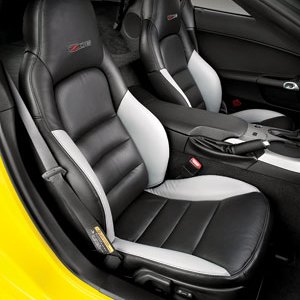 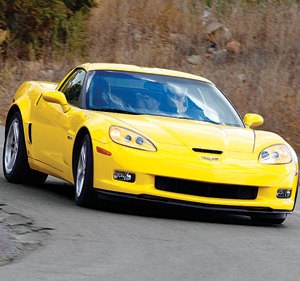 Here was the Chevrolet Corvette Z06 joining Seabiscuit, Jim Braddock, and the ’55 Brooklyn Dodgers as an underdog but sentimental favorite. Most of the judges were willing this snapdragon yellow, beautifully drawn, perfectly poised sports car to win or at least to leave our field of dream cars with its shield, Old Glory, and its head held high. Maybe they were feeling a sense of automotive patriotism in this era of British and Italian supercars. Perhaps the judges wanted to see something go well for an American company with roots reaching back 100 years to the single-cylinder Cadillac. They may have viewed the Corvette as representing hope for an American industry being asphyxiated by imports.

The Z06 certainly arrived in Napa with all the right credentials. Its mighty 7-liter, 505 hp V-8 (capable of producing 100 more horsepower than a standard 2006 Corvette’s engine) and top speed of 195 mph would enable it to romp with the big dogs. Chevrolet developed the Z06 alongside the C6R racecar that the company is testing for this year’s international enduros.

Automotive journalists have been raving about the Z06. One compared it favorably in a drive-off involving the Viper SRT and the Ford GT. Another drove it at Germany’s Nürburgring circuit and at Spa-Francochamps in Belgium and dubbed it the “Über-Vette.” All agreed that $65,000 for the most powerful Corvette ever represented a better deal than Richard Nixon’s pardon.

For all this promise, however, the Z06 lived up only to the numeral in its name, finishing sixth among the 14 cars forming our slate. Maybe perversely, few of our judges had anything bad to say about the Corvette. Most complimented it as a great value for the dollar and then praised its power and performance. Dan Stridsberg compared his Corvette ride to a trip in the Viper and found neither lacking. “I drove them back-to-back, and that is comparing apples to apples. But the Viper feels like an old apple, the Corvette is juicier, fresher.”

Such comments, however, did not translate into enough first-, second-, or even third-place points. On the other hand, finishing above the midpoint of the rankings is far from total defeat, particularly when you consider the caliber of the European cars that finished ahead of the Corvette. All cost considerably more—most almost twice as much—and a few do not perform as quickly. Yet they do represent some of the finest vehicles on the planet and come from companies that have been building fast, luxurious, trend-setting, expensive motorcars for much longer than Chevrolet has been doing it. Indeed, their heritages might be the only factors that make them unbeatable.