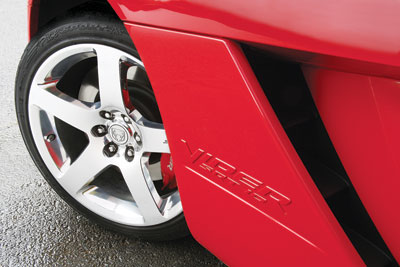 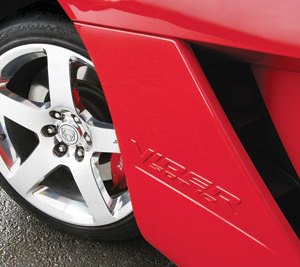 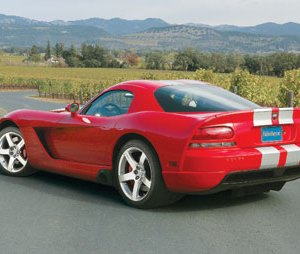 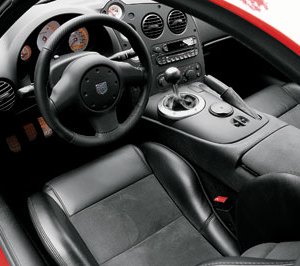 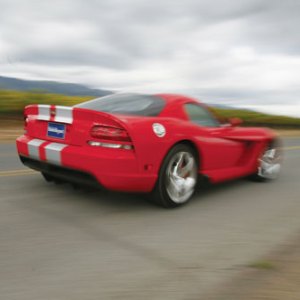 Like its poor reptilian namesake, the Dodge Viper is a misunderstood creature. Regarded by most of the judges as a brute beast lacking the manners befitting a civilized motorcar, the raucous coupe found few ardent fans among our drivers. But those who knew better—the drivers with competition experience and the knowledge that there is no substitute for cubic inches—embraced the SRT-10.

Bruce Meyer, whose stable includes a 1957 Ferrari Testa Rossa, called the Viper “a racecar for the street.” Muscle car collector William Weidner described it in no uncertain terms: “It is what it is. It puts power out there and delivers—an old-fashioned muscle car with unrefined power.”

Unrefined like a freight train—and as imperturbable in its power delivery—the SRT-10 Coupe could be used for grocery shopping or taking mother to church bingo, but neither the comestibles nor the matron would benefit from the experience. Would-be benefactors of the Viper’s abilities include those who enjoy nuclear-option acceleration. “A thrill ride,” said Tim Morris, “but you need to pay attention.”

The few experienced Viper handlers among our judges expressed disparate opinions about this latest iteration. “I had the original,” said Jim Abrams, “and I love that it’s stayed true to form and not added every goofy electronic device.” Gil Dezer rendered an antipodal assessment. “I have a ’95, and this Viper is too refined,” he opined. “As much as I hate to admit it, the ’Vette is the better car.”

Similarities between the Dodge and the Chevrolet—and inevitable comparisons—begin and end with the cars’ power specifications and the fact that UAW laborers build both. The vehicles are quite different from one another, and it is possible that a performance enthusiast would want both cars in his garage. Behind the wheel of the Viper, I made the trip from Los Angeles to our event in St. Helena in record time, and the drive proved as comfortable as it was exhilarating. I diced with photographer Randy Cordero, who was driving the Corvette Z06, and the Viper generally exhibited the upper hand. Motorists glimpsing the gaping maw of the SRT-10 in their rearview mirrors removed themselves from its path as though Big Boy—replete with cowcatcher—were steaming up from behind.

If there is a downside to the Viper, it is that fellow drivers may imagine Genghis Khan or Hannibal as its pilot. This is unfortunate, because the car can be a gentle giant, even though it sounds like a UPS truck puttering around town at 1,500 rpm in top gear. The Viper is unique in the pantheon of horsepower gods, and it would earn a place in my garage if I looked better than I do wearing musk ox.