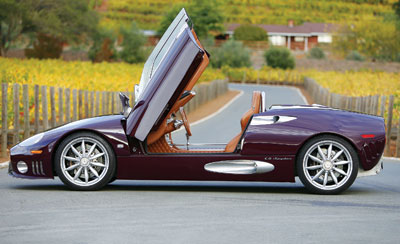 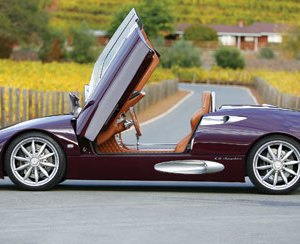 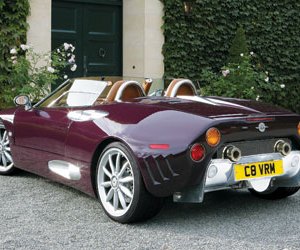 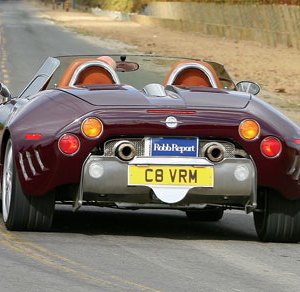 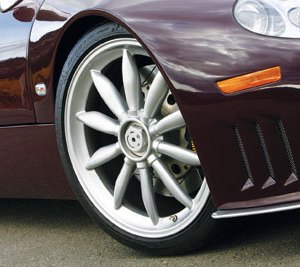 First things first: The Spyker C8 Spyder received my vote for 2006 Car of the Year. Although driven by emotion, my ballot choice is nonetheless defensible; the Spyker is the car among this group that I would most like to own. That it does not represent sensible daily transportation—a point that also could be made about the Ferrari F430, Lamborghini Gallardo, and Dodge Viper—is immaterial. The Spyker is simply stunning to behold, and it is an absolute thrill to drive.

Polished to perfection, the C8 Spyder was, in the words of Dan Stridsberg, “the crown jewel” of this year’s Car of the Year event. The vehicle’s engine, body panels, suspension subframes, interior fittings—even the electronic key fob—represent an encomium to aluminum, while the quilted-leather interior recalls a giant Chanel handbag. A fitted Louis Vuitton tool kit and luggage set, made especially for the Spyder, reinforce the fact that this is a bespoke automobile. It is a versatile one as well: The aluminum hardtop, with its love-it-or-hate-it profile, bolts on easily to transform the sexy Spyder into an all-weather sports car.

The Spyder’s hand-formed aluminum body is diminutive compared to that of most cars, and it is as light as it is compact. This lightness translates to razor-sharp handling and a seat-of-the-pants feel that is comparable to the experience behind the wheel of a Lotus Elise. “A go-kart for grown-ups—with a trust fund,” said Todd Thomson.

An Audi-sourced V-8 engine makes the Spyder an extremely quick go-kart, one with enough power and torque to satisfy all but the insane. City drivers are not left in the lurch, however, because the engine’s power band and torque curve are so broad and flexible that the car can trundle around at low speed in top gear. This flexibility impressed Burt Sugarman, who called the C8 Spyder “enjoyable to drive and surprisingly docile at low speeds.” Thomas Silver agreed, saying, “You can be in fifth gear, and it still goes. The strength of the car is that it drives as it appears—controlled power with great handling and unique styling.”

Predictably, the Spyker appealed most to the committed sports car enthusiasts among our ranks, those who appreciate a slightly quirky, single-purpose two-seater. Other drivers were reluctant to place a racecar engineered for the street near the top of the list. But Gary Verboon (who uses his 1963 Ferrari 250 GTE as a daily driver) characterized the C8 succinctly: “This car is perfect.”