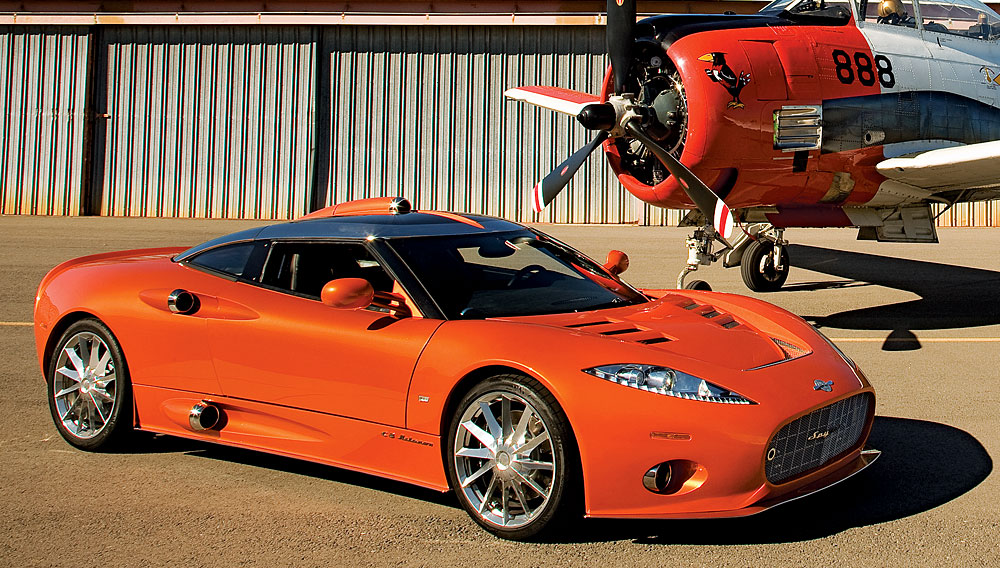 The Dutch automaker continues to refine its original C8 concept with the slightly larger Aileron. A longer wheelbase translates to more room in the cockpit, yet the Spyker signature remains. That signature is an unmistakable shape augmented by details in cast, machined, and engine-turned aluminum that are simply unheard of in today’s world of mass-produced cars. What failed to delight most drivers was the purpose-built, performance-at-any-price personality of the newest C8, which was exacerbated by unbalanced braking and preproduction quirks that should be absent when production gets fully under way. —Robert Ross

Pressed for time to make the competition deadline, Spyker hastily delivered a prototype C8 Aileron for this year’s evaluation. But the car—the third drivable prototype ever built—had a few drivetrain issues, including a lack of torque, so it fell to the bottom of many scorecards. Shortcomings aside, the ultralightweight Aileron looked and felt more like an exotic than many of the other competitors, and its handbuilt interior was best in show. The upcoming drop-top Aileron Spyder will have an opportunity to prove that Spyker is serious about the showing and the going. —Paul Meyers