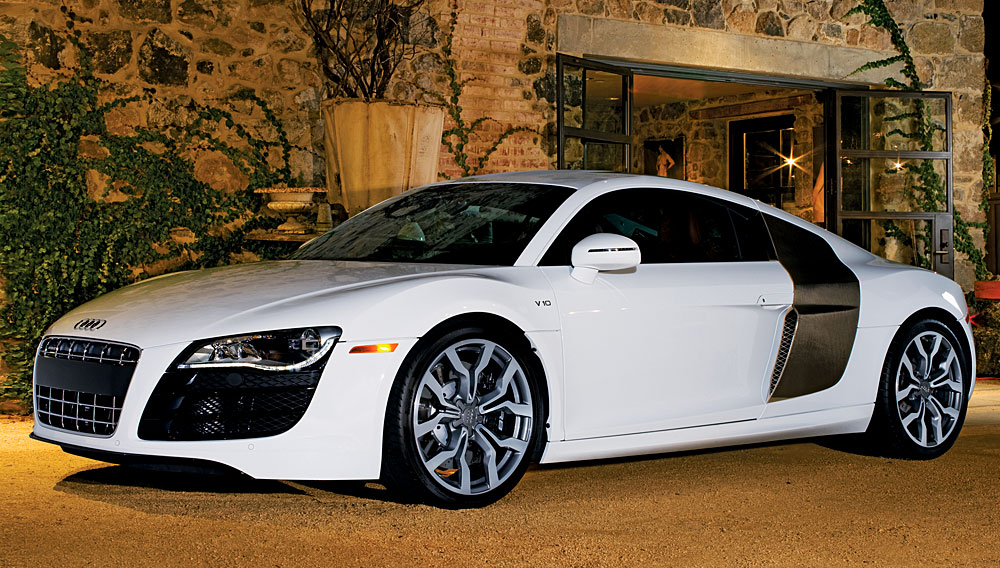 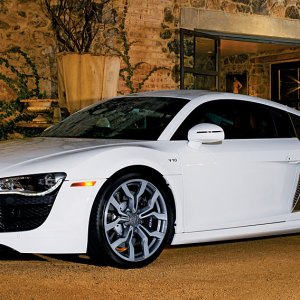 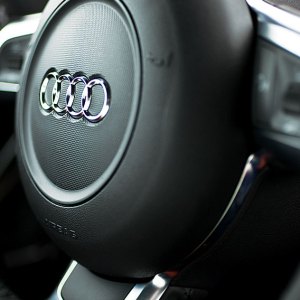 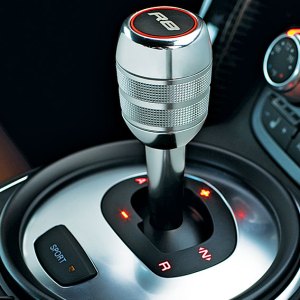 The 2009 Audi R8 was named Robb Report’s Car of the Year for 2008, outgunning all of the heavy artillery that Italy, England, and Germany could muster. But the 2010 Audi R8 V10 represents far more than a two-cylinder upgrade from its V-8-propelled predecessor. Its Lamborghini-sourced V-10 not only is one liter larger and 105 hp gutsier than its predecessor, but also puts out more torque than the somewhat underpowered V-8. In fact, this engine probably should have been installed from day one, because it now positions the revised R8 in the mid-supercar division. Fortunately the manufacturer made few other changes. This audacious Audi remains extremely fast and remarkably quick to speed. Moreover, thanks to its sticky all-wheel drive and the consistent balance of its mid-engine configuration, the R8 V10 affords the driver a sense of total security and forgives any clumsiness of braking or handling at the top end. Add to these merits a fit and finish that would impress a Swiss watchmaker, graceful visuals, and delicious snorting on downshifting, and you have a pur sang sports car more than worthy to bear the famed four rings of Auto Union. —Paul Dean

In 2008, the original R8 outranked Ferrari, Porsche, and Aston Martin to earn first place at Robb Report’s annual competition. To add fuel to the R8 V10’s favorable fire, this model is equipped with the same 5.2-liter V-10 engine components as last year’s winner—the Lamborghini Gallardo LP560-4. The R8 V10 is easily the best-handling sports car in this group, and, with a price tag of just under $150,000, it is a bargain. Bugatti engineers even helped smooth out the paddle-shifted R tronic automated manual transmission for the V10 model. But the car still left many judges asking: What’s new? For this reason, the Audi R8 V10 falls just short of capturing this year’s top honors. —Paul Meyers

The automobiles from Audi have always appealed to those who value understatement over excess. Even the exotic mid-engine R8 demonstrates Audi’s avoidance of gratuitous embellishment and instead emphasizes a purity of balanced power, finesse, and singular aesthetics delivered in what might be the perfect two-place sports car. The addition of an extra two cylinders and enhanced-performance features puts the new R8 V10 on a par with any competitor—and then some. The cabin is commodious and comfortable, and the instruments are user-friendly. Drivers with varying levels of experience found this Audi so easy and rewarding to exercise, they likely would have named it Car of the Year were it not for the emotions stirred by its novel neighbor with the three-pointed star. —Robert Ross