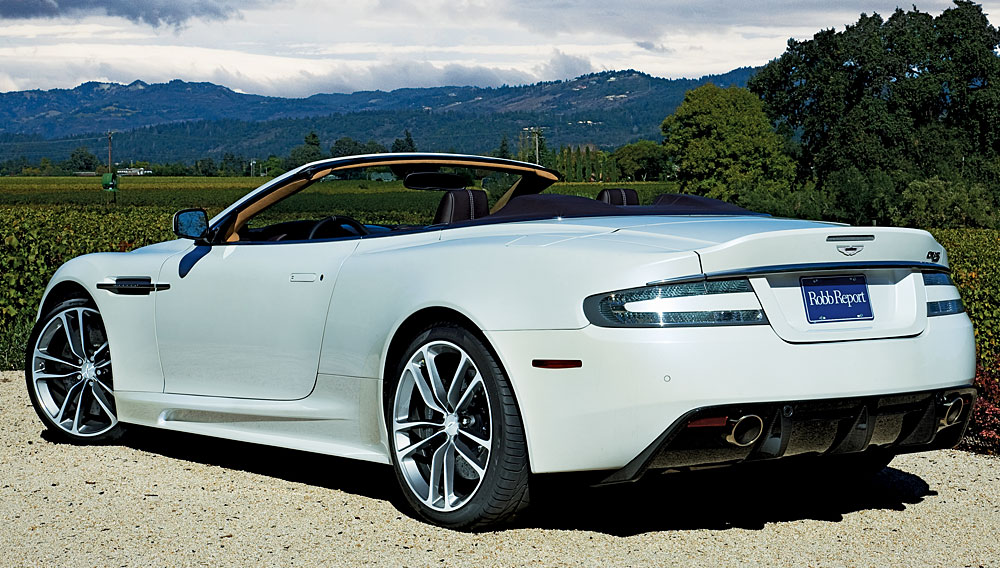 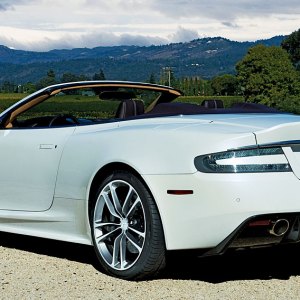 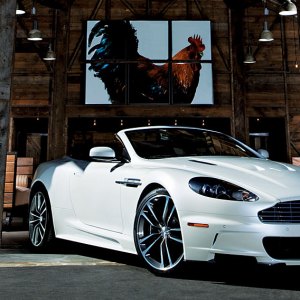 As Aston Martin’s flagship model, the DBS Volante impresses on every level. The car performs like a sports car, rides like a grand tourer, sounds like a supercar, and takes the prize for best dressed. More importantly, this Volante version offers something the Ferrari 599—the DBS’s closest competitor—will never be able to match: a way to enjoy sunny days and starlit nights behind the wheel. Mechanically the DBS convertible is identical to the coupe (save for minor weight gain due to the retractable top and necessary structural reinforcement), and Aston’s paddle-shifting 6-speed automatic transmission allows for seamless acceleration. Looking for the ultimate expression of modern-day British motoring? Your search is over. —Paul Meyers

I confess to a profound bias in favor of anything in recent memory from Aston Martin. Granted, these vehicles bear the tiny flaws and ergonomic compromises that result from being handbuilt. But such quirks are the trademark of British cars, and God Save the Queen and the Aston Martin DBS Volante for preserving the idiosyncrasies that are to our mother country what Brown Windsor soup is to its boarding schools. The Volante is as beautiful as any stretch of English countryside, not to mention crazy fast and thoroughly intimidating for the few split seconds it can be seen in the rearview mirror of a lesser car. —Paul Dean

If one must have a sporting convertible that is exclusive, fast, and impeccably built, the Volante is tough to beat. Our drivers thought so, too: All were impressed with the seamless power and balanced handling of the company’s flagship convertible. No one took issue with any objective aspects of the car, though a few remarked that the Volante might have the strongest appeal to female drivers. Is it possible that this car’s beauty is so off-putting that some are made nervous by its delicacy of line and its misty pearl paint? Never mind. Beneath its polished surface, this machine is still a monster. —Robert Ross

Watch the Car of the Year 2010: No. 3 Aston Martin DBS Volante Video