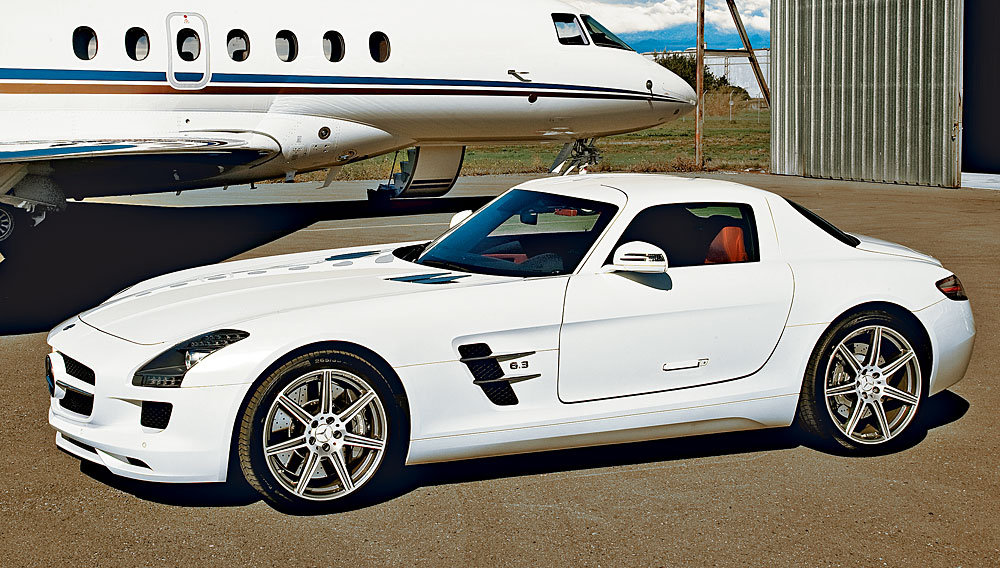 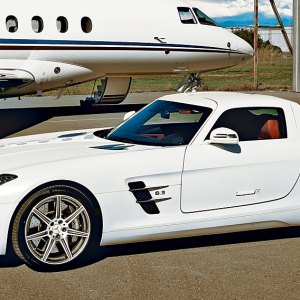 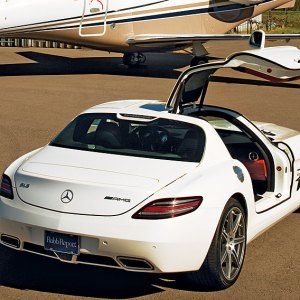 No car in this year’s competition has been more eagerly anticipated than the SLS AMG. This century’s all-new Gullwing is a most deserving Car of the Year and does not disappoint in either the performance or panache departments. Contortionists will enjoy the novelty of the trademark doors; others may take a more leisurely approach to ingress and egress. The driving experience is sublime, once one accustoms oneself to the view over a hood the size of a California King mattress. Indeed, the SLS is a substantive car in every respect. The fast and seamless transmission merits special mention. The SLS is Mercedes-Benz’s most interesting and best current model, compromised only by awkward retro-design references to the authentic and far more beautiful original. —Robert Ross

Mercedes-Benz’s 300 SL Gullwing was the automotive apogee of the 1950s, never to be duplicated. Yet now comes this re-creation—a continuation car, a neoclassic, call it what you will—which represents a superb melding of yesterday’s styling with the technological sophistication of the 21st century. In spite of an elongated hood that might seem to interfere with focused handling, this new European idol steers precisely; has a peerless, powerful, and well-proven AMG power train with stronger pull than an Amtrak; and drives lighter than all its length, width, and tonnage might suggest. The interior might be a little confining, and the gullwing hatches require door pulls for the short-armed among us; but the driving adventure the SLS delivers is light-years ahead of its rivals, and it costs about $500,000 less than the 300 SL at current auction prices. —Paul Dean

Behind Doors, Number One

Much like the Bugatti Veyron archetype unveiled in 2007, the Mercedes-Benz SLS AMG Gullwing entered the Car of the Year competition as a prototype version of the forthcoming production car. Unlike the 2007 Veyron, however, the SLS AMG not only met expectations, but also left many judges scrambling for ways to skirt Mercedes-Benz’s yearlong waiting list. The car’s nostalgically enchanting doors, which stretch toward the sky, present its only real ergonomic shortcoming. Yet this inconvenience is forgiven—and forgotten—from behind the wheel. The SLS is hands down the best Mercedes-Benz to leave the factory since, well, the original 300 SL Gullwing. —Paul Meyers