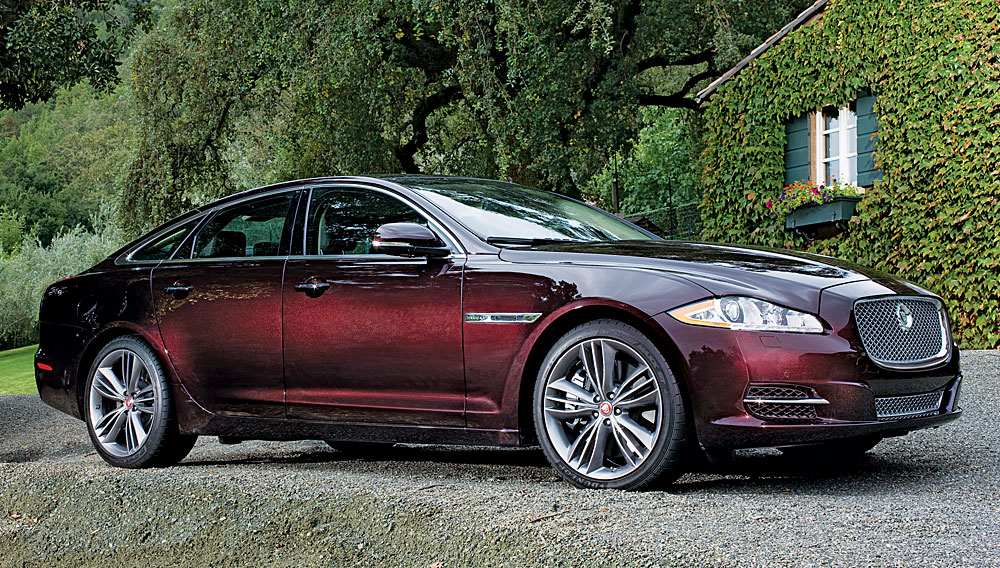 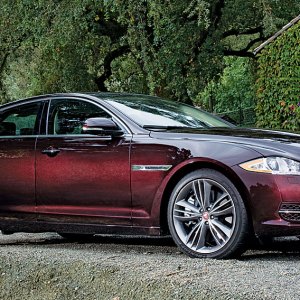 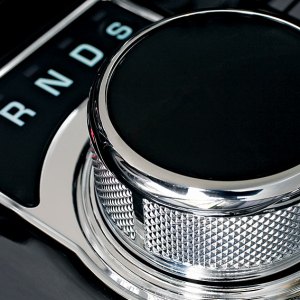 With the quiet demise of the previous XJ series, Jaguar’s Victorian era came to an end. The British carmaker has shed its prudish demeanor and stepped out with a new profile: long, low, and ever so stylish. The new XJ pays tasteful homage to Coventry’s old cats but looks confidently forward, staring down rivals and holding its own in the luxury and performance departments. The Supersport, Jaguar’s most opulent and most powerful sedan, spools up extra horsepower and ladles on amenities, including surprises such as an optional delightfully shocking purple-flocked glovebox interior. The long-wheelbase version of the Supersport is amazingly spacious but maintains the model’s low, svelte roofline. Perhaps most impressive is the Supersport’s handling; it is revelatory for an XJ and sets a new standard for the breed. —Robert Ross

The dramatic, nearly total redesign of the XJ sedan is the culmination of Jaguar’s bid to scrub the cobwebs off its lineup and entice younger buyers to the classic British marque. Similarly, the supercharged Supersport version of the XJ, with racier styling and a new 510 hp 5-liter V-8, is intended to transform Dad’s car into Junior’s buzz bomb. The irony is that would-be buyers might end up mourning the traditional elements that Jaguar is intent on losing: the classic lines and the paneled, clubby feel. The XJ’s interior, with its virtual instrumentation and twin porthole air vents dominating the dashboard, was too evocative of Star Trek for several of our judges. They also viewed the exterior as being flamboyant, oversize, and bordering on a Euro-American culture clash. —Paul Dean