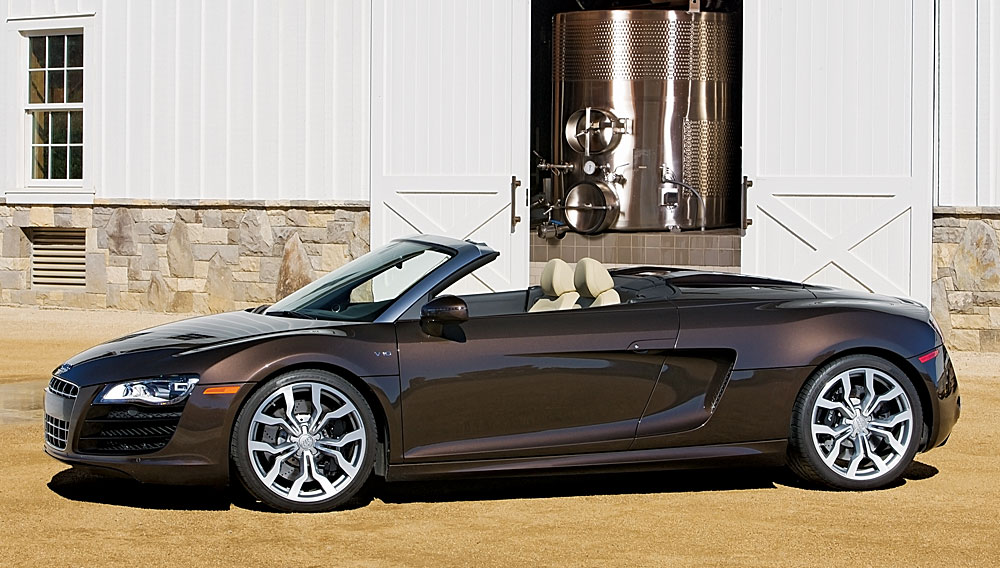 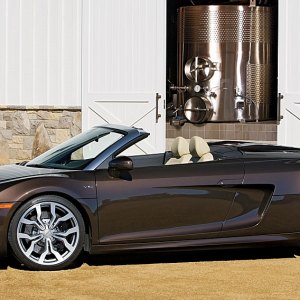 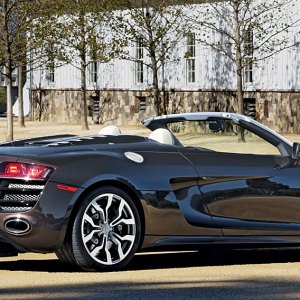 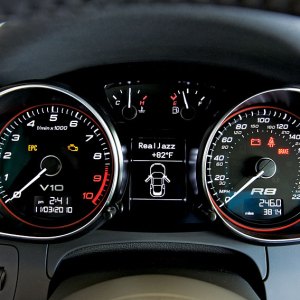 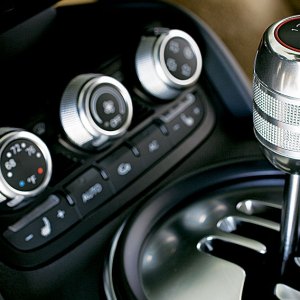 When the V-8-engined Audi R8 trounced its Car of the Year competition two years ago, it sent a wake-up call to those marques that were resting on their exotic, mid-engined laurels. Practical but possessing great finesse, Audi’s sports car set a new benchmark as the sensible supercar. With the V-10 engine came additional power and performance, and now the Spyder adds top-down fun to the original love-it-or-hate-it design. This exotic daily driver is as amiable in the parking lot as it is on the open road. But the rasping exhaust gives voice to a potent V-10 that begs to be revved and taken through the gears. Make mine the 6-speed manual, please. —Robert Ross

Audi’s R8 was innovation enough. Then came a V-10 version, and the world’s sports-car market shuddered. Now the R8 V10 has become a convertible, which only intensifies the exhilaration the coupe delivers. Most roadsters are just coupes rendered topless, but the R8 Spyder has undergone reconstructive surgery that included removing the broad strakes attached to the coupe’s flanks. Their absence reveals intake ducts that help cool the 525 hp V-10 and add menace to the car’s rugged beauty. Handling is precise and predictable—not necessarily what one expects from a 195 mph two-seater. —Paul Dean

The R8 Spyder impressed on every level. In addition to praising its performance and handling, judges lauded the car’s mechanically magnificent retractable top and its redesigned body panels. The Spyder has lost the side blades that adorn the coupe—which placed second in last year’s Car of the Year competition, its performance prowess barely overshadowed by the panache of the gullwing-doored Mercedes-Benz SLS AMG—and added styling that appears, dare we say, Italian. The look is fitting, considering that the car’s 5.2-liter V-10 engine is similar to the one that powers the Gallardo LP 560-4 by Lamborghini, a subsidiary of Audi. —Paul Meyers