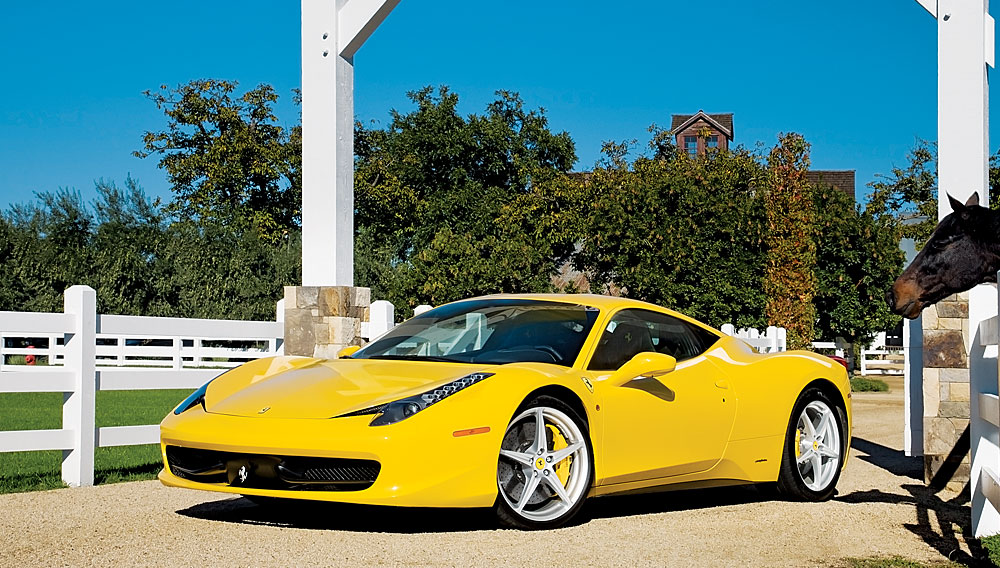 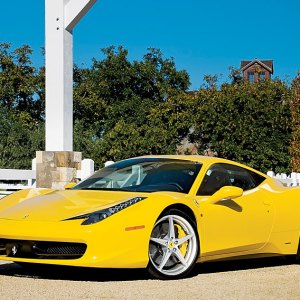 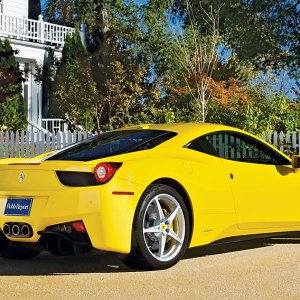 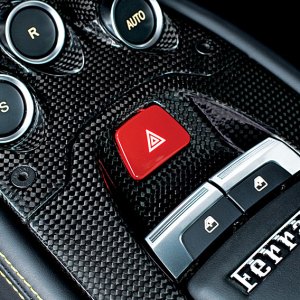 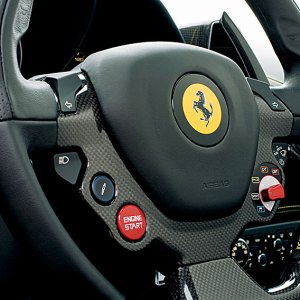 Since the advent of the F355 in 1994, Ferrari’s mid-engine V-8s have been wonderfully civilized thoroughbreds that anyone can drive. By the time the F430 started showing a gray hair or two, it was hard to imagine its successor being anything but a measured evolution of that near-perfect sports car. But the 458 Italia is a shocking demonstration of just how much improvement can be brought to an already superb design. Faster, quicker- and smoother-shifting, and with lighter steering than its predecessor, the most powerful Ferrari V-8 ever does its magic without forced induction and while revving to a heady 9,000 rpm with a scorching musical note that makes paddle-shifting at redline an addiction. The interior is Ferrari’s best yet, with sensible ergonomic touches that let the driver do what comes naturally: drive this car as if it has been stolen. —Robert Ross

For our judges, editors, writers, and anyone who just happened to be wandering by, the Fly Yellow 458 Italia was adoration at first glimpse. This was before they heard the clattering bellow of 562 hp spitting from the triple-tip exhaust; before they touched, felt, and snuggled into the glovelike leather and drove this masterpiece; before they concluded that all things magnificent from Italian culture, from Michelangelo’s Pietà to a 1945 Brunello di Mon­talcino, bow before a Ferrari. Roughly two-thirds of our judges voted the Italia the Car of the Year. One said his 15-minute drive was a trip to Tuscany. Another unconditionally decreed the 458 Italia the finest sports car in the world. The judges were responding to the perfection of the car’s race-bred engineering, the smoothness and security they felt while moving faster than any other car on the road, and the 458’s aggressive, sporty, sexy, and quintessentially Italian lines. —Paul Dean

Call it a comeback. Three years ago, the Ferrari 599 GTB Fiorano limped away from our Car of the Year event with a second-place finish, a busted clutch, and perhaps a bruised ego for its brand. Losing to the then-new Audi R8 apparently did not sit well with Ferrari, for the company declined invitations to participate in our 2009 and 2010 contests. This year, Ferrari committed to sending a 458 Italia to Napa Valley around the same time that a handful of these freshly delivered F430 replacements were catching fire on roadways throughout the world. Fortunately, Ferrari quickly diagnosed and remedied the problem and sent us a car fitted with new heat shields, the kind without the recalled flammable adhesive. The car’s radically designed exterior and futuristically fresh dashboard instantly won over most of the judges, allowing them to forget about the car’s initial, combustible flaw. But it was the way the Italia performed that helped Ferrari reclaim the Car of the Year title that its F430 Spider won in 2006. —Paul Meyers