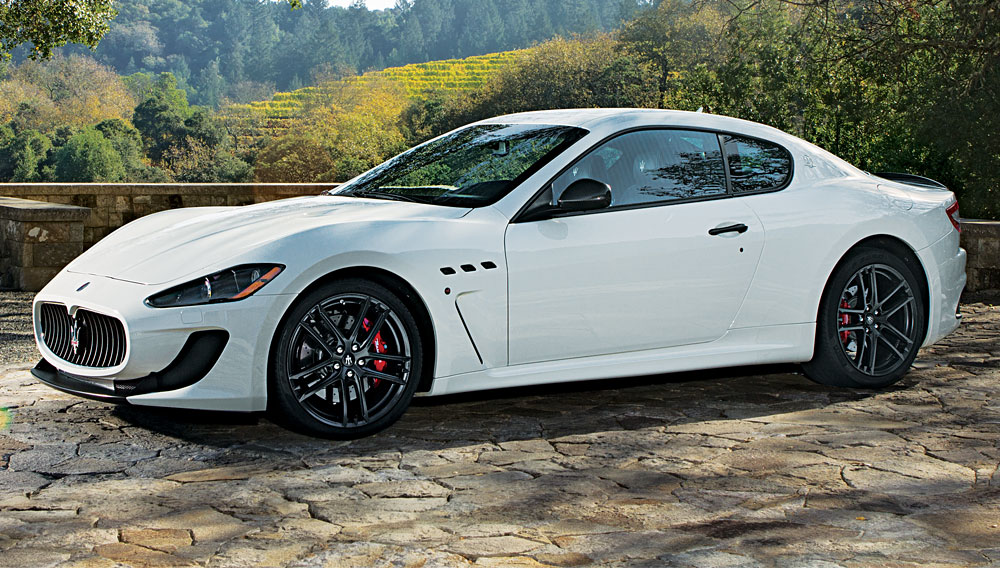 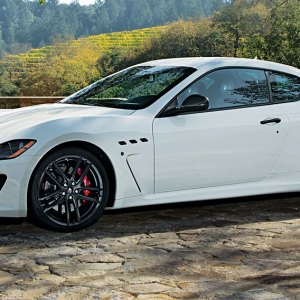 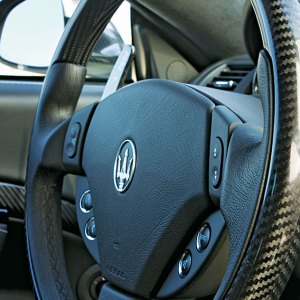 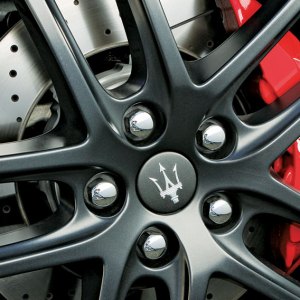 FOR COMPETING OR COMMUTING

An Italian automobile-company executive said in the late 1990s that if you cannot afford a Ferrari, you could always buy a Maserati. He could justify his condescension, for at the time Maseratis were inexpensive as well as underpowered and barely average in terms of reliability and engineering quality. Those days are done, and now, as the luxury-biased arm of the Ferrari family, Maserati has its own brigade of devotees. They are enamored of the brand’s high-performance, beautifully sculpted status sedans and sport coupes. If our judges’ sentiments are any indication, the GranTurismo MC will only increase the ranks of the Maseratisti.

The MC, a milder and more road-oriented version of the company’s track-ready models, is a full four-seater, devoid of those rear parcel shelves with seat belts. Yet it is also the lightest and most powerful production Maserati in the current lineup, the quickest ever, and perfectly pitched for weekday commuting and weekend track meets among gentlemen racers.

The MC’s 6-speed, paddle-shifted gearbox is smoother and creamier than the linguine carbonara at Da Puccini in Milan. The car also has the panache expected of a limited edition, and with black wheels, sparse chrome trim, door handles and a rear spoiler made of carbon fiber, and Ferrari-red (sorry) calipers, it looks as though its second home is a transporter.  —Paul Dean

Our judges seem to have an affinity for Italian supermodels. In addition to selecting the Aventador as the Car of the Year, they chose the GranTurismo MC as the runner-up, which is especially notable because in recent years Maseratis have failed to finish in the front half of the field, particularly when compared to the vehicles produced by Maserati’s corporate cousin Ferrari.

But no one could find fault with the GranTurismo MC. Indeed, the MC might have topped the Aventador if bonus points were awarded for sales, because more judges expressed interest in purchasing this car than any other at the contest.  —Paul Meyers

MORE THAN POWER TO IT

The acclaim stirred by the GranTurismo MC underscored our judges’ appreciation for automobiles with attributes other than brute power or singularity of purpose. This car offers poise and balance. The front/mid-mounted V-8’s positioning in the chassis makes the MC a handling delight, and the high-revving engine compensates for any lack of horsepower with immediate response.

Essentially a GranTurismo S with stylish and aerodynamic accoutrements, this Maserati is a big GT that belies its bulk with a sporting but supple ride. The car’s size benefits the cabin, where rear passengers are rewarded with real seats—a novelty in a GT car. The MC’s stunning good looks seduced our judges, as did its exhaust note, which is as musical as it is unabashedly obstreperous, especially when the car is set in Sport mode. —Robert Ross