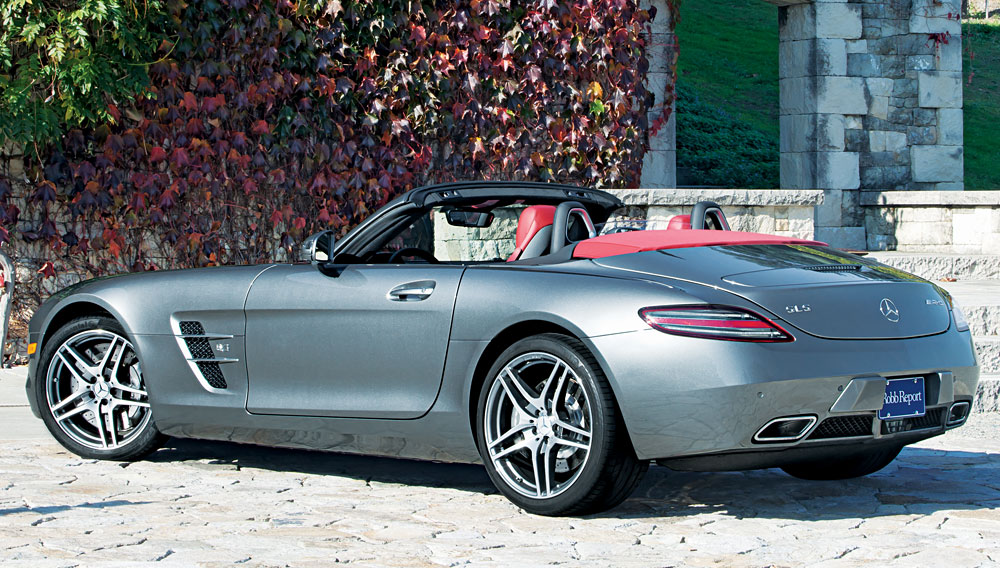 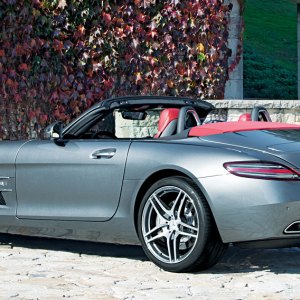 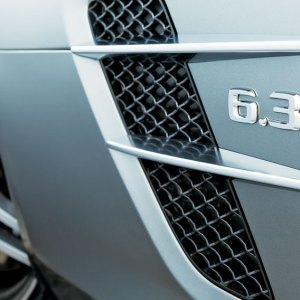 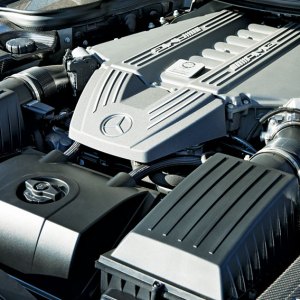 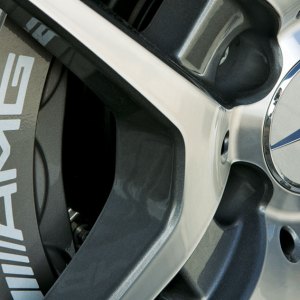 WORTHY OF THE ORIGINAL

Sequels rarely measure up to the originals (the Rocky movies, any works by Warhol), but Mercedes-Benz has a history of producing second-generation winners. Two years ago, our judges selected the SLS AMG as the Car of the Year, recognizing Mercedes-Benz’s homage to the 1954 300SL (better known as the Gullwing) as an unqualified success, especially given the benchmark status enjoyed by the original and the challenge of creating a contemporary iteration worthy of the name. Similarly, the new SLS AMG Roadster is a breathtaking interpretation of the 1957 300SL Roadster, now the gold standard of classic collectibles. It is essentially the same as the new Gullwing in terms of specifications and driving attributes, though superior because of its more convenient conventional doors and disappearing top.

The Roadster displays the classic proportions of a long front end and short rear. Occupants look over the expansive hood from a comfortable though not commodious cockpit. From such a vantage point, driving has never looked better. —Robert Ross

PLUSES MINUS THE ROOF

When you take the roof off the SLS AMG, it loses its wings, and consequently it also loses some of its visual appeal. But as a number of our judges discovered, the Roadster can offer a motoring experience that is even more pleasurable than that of the modern-day Gullwing. With the Roadster’s roof down, the judges could savor the sound of the car’s 6.2-liter V-8 engine bellowing along Howell Mountain Road and the scent of Napa Valley’s crisp fall air. They also had little trouble entering and exiting the vehicle, absent the gullwing doors. —Paul Meyers

Pinching bits, pieces, and proportions from the past to re-create the immortal 300SL of the 1950s as the SLS AMG involved huge risks. Too little borrowing, and the new car would represent cheap, commercial pilfering; too much, and it would stand as an act of piracy, even heresy. But the SLS AMG, our 2010 Car of the Year, hit all the right notes—and this year’s third-place finisher, the SLS AMG Roadster, sounds all the right echoes.

The Roadster is, as one judge noted, a great tribute to high heritage. Though it possesses an elongated snout that seemingly accounts for two-thirds of its length, the Roadster also has a lowered center of gravity to ensure that its shape and weight do not compromise balance and handling when the driving becomes frisky.

Mercedes-Benz avers that the SLS AMG coupe and convertible are spiritual successors to the original SLs. It should be remembered, however, that the first SL produced only 212 hp from its 3-liter engine and had a heavyweight steel body attached to a tubular chassis. The new SLS models produce 563 hp from 6.2 liters and offer all the technologies for which Mercedes-Benz is famous, including a dual clutch bolted to a 7-?speed gearbox, a carbon-fiber drive shaft, an adaptive suspension, and an aluminum space frame.

Be delighted that history is not exactly repeating itself. —Paul Dean