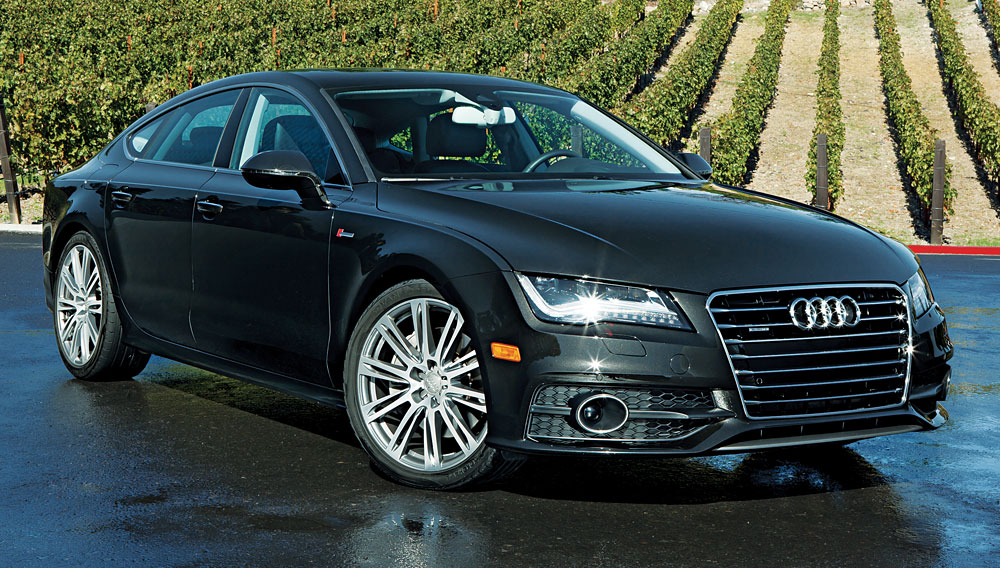 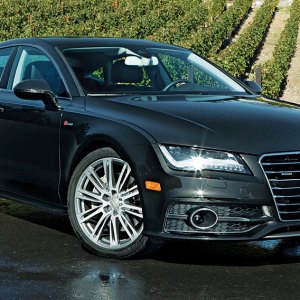 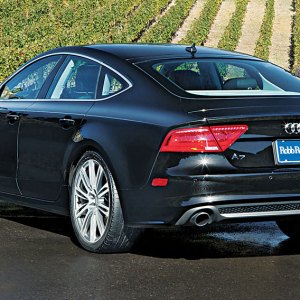 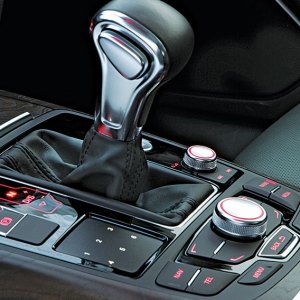 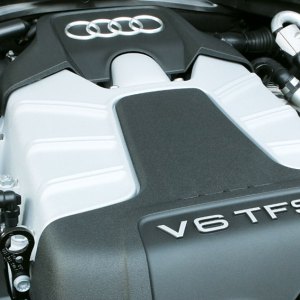 With little noise and even less posturing, Audi has caught up with its fellow Germans Porsche, BMW, and Mercedes-Benz in just about every car category. Now with the thoroughly handsome and elegantly equipped A7, Audi has entered the division that Mercedes-Benz invented: the four-door coupe—that class of so-smooth sedans that look like coupes but have full rear seats that suffer only mild compromises because of the lowered roofline. The cherry on Audi’s cupcake is that the A7 is a hatchback (or, as Audi notes, a five-door coupe), with all the cargo space, convenience of operation, and yawning egress that comes with this configuration.

The A7 may be conservative, but it offers drivers the security of knowing that they will arrive at their destinations in absolute comfort and without having endured any stress. Some of our judges did find fault with the responsiveness of the steering, and some found the V-6 insufficient: Although it is supercharged, the engine produces only 310 hp, which is not quite enough for propelling a 2-ton sedan carrying four people, especially when compared to the vehicle’s more powerful Car of the Year competitors. —Paul Dean

Always at the forefront of good design, Audi has entered the four-door-coupe segment with a twist: a hatchback that makes the A7 as versatile as it is elegant. The car’s interior features a tasteful leather palette punctuated by contemporary matte wood finishes that are an attractive alternative to traditional shiny burl veneers. Audi’s state-of-the-art electronics treat technophiles to the latest in connectivity, and the optional Bang & Olufsen sound system satisfies audiophiles.

Curiously, the A7’s popularity among the judges suffered only minimally from a supercharged V-6 that produced significantly less horsepower than every other competitor’s engine, save the Chevy Volt’s. For those judges who chose the A7 as their Car of the Year over more powerful and expensive competitors, the Audi’s practicality and excellent value prevailed. —Robert Ross

Although a little late to the party—trailing the arrivals of four-door coupes from Mercedes-Benz, Porsche, Aston Martin, and BMW—Audi, with its all-new A7, demonstrates how such cars should be designed. The A7 looks sleek and sophisticated, unlike the Porsche Panamera or the BMW 5 Series GranTurismo, both of which sacrifice style for spaciousness and attractiveness for utility. As a hatchback, the A7 proves that such models do not have to look like egg-shaped wagons.

The A7 offers conveniences beyond the hatchback. The optional Google Earth–powered navigation system includes a touch-sensitive pad on the center console that enables drivers to write the names of their destinations with their fingers, and the whole car is a mobile Wi-Fi hot spot. —Paul Meyers